Color possesses the power to transport—to a different time, to a different place. In fact, color has defined eras and empires, as well as architectural styles. With the intrinsic connection between color and design in mind, Dunn-Edwards developed the Then, Now & Forever® Collection, consisting of 300 paint colors, 142 that are historically-accurate colors inspired by historic architecture of the American West. The accuracy of these colors was vetted by Architectural Resources Group (ARG), a group of architects, planners and conservators who believe in the value that history adds to modern life and work specifically in preserving historic structures. One such architectural inspiration was the Meek Mansion, located just outside Hayward, Calif. in an area called Cherryland in Alameda County. 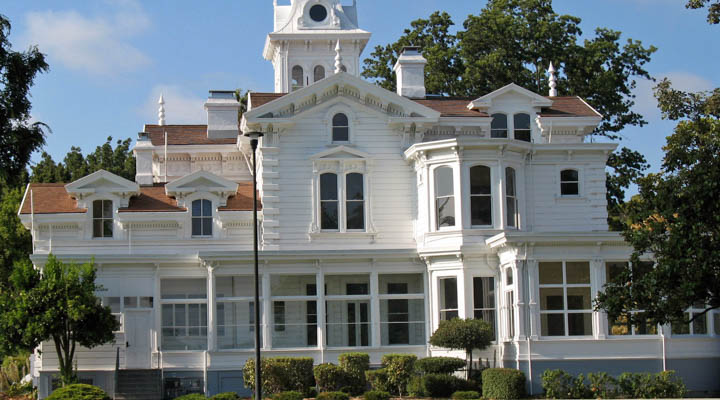 About The Meek Mansion
The Meek Mansion is listed in both the California Register and the National Register of Historic Places. Constructed in 1869 during the Victorian Era by agricultural pioneer William Meek, the Meek Mansion consists of 23 rooms across three floors, a partial basement, and a watchtower featuring a mansard roof and a bull’s eye window.

William Meek was born in 1817 in the Midwest. As an adult Meek came out West, first to Oregon then to California, and initially gained prosperity as a fruit grower. According to Hayward History, Meek even earned the title “first farmer” of Alameda County. Meek was an active member of the local community, serving as County Supervisor and as a member of the first board of trustees of Mills College in Oakland, Calif. 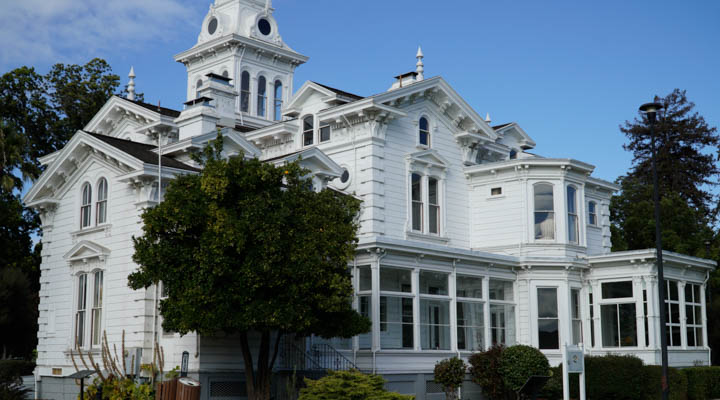 While historians are unsure of the architect behind the grand home Meek commissioned, according to the East Bay Times, it is clear that the building was an architectural and engineering feat for its time. The Meek Mansion features a structural bracing system not common in its era. Perhaps thanks to this feature, the mansion has managed to stand the test of time in a very seismically-active area. Throughout the course of its over 150 year lifespan, the home has also undergone multiple renovations and additions, which include the addition of a ballroom and bedrooms, as well as modern bathrooms. Most recently, during pandemic when the house was closed to the public, the Meek Mansion underwent some additional work as the Hayward Area Park and Recreation District repainted the first floor and exterior of the home.

Historic Paint Colors
When conservators at ARG evaluated the Meek Mansion, they found an interior color palette comprised mainly of pale blues and yellows, misty greens, and taupe-grays. In total, 11 colors were discovered in the Meek Mansion. In fact, a number of these colors were highly popular during this architectural era, and found across other Victorian era architectural resources by ARG, as well. Colors like Suffragette Yellow (DET487) and Prairie Land (DET489) were also noted in the Locke Boarding House and Bidwell Mansion, while Maritime (DET588), for example, was discovered in the Fallon House. 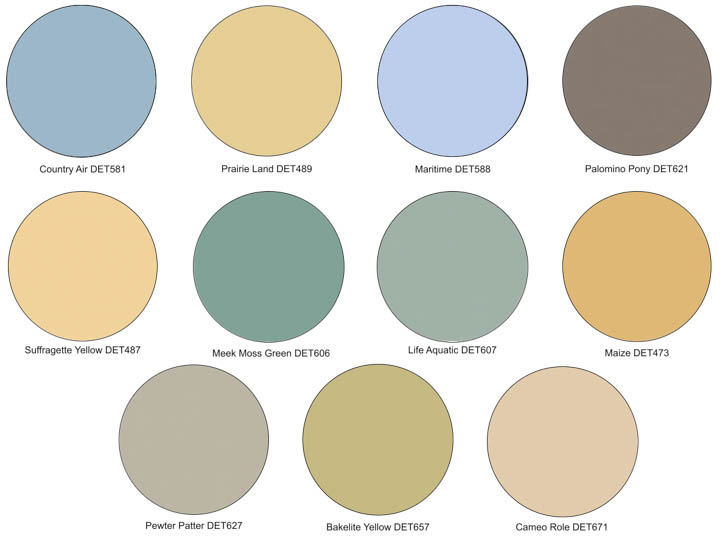 For more background on how the West’s various architectural icons have informed the colors in the Then, Now & Forever® Collection, take a look at our guide to Victorian era architecture. And learn more about other specific architectural resources which inspired our historically-accurate paint collection like the homes of Cliff May, San Francisco’s Maritime Museum, or New Mission Theater. Winter Is Coming: A Confirmation of Après Ski Style
﻿