Color carries with it symbolism and meaning—red, for example, signifies wealth and power, while blue denotes trustworthiness and innocence. It’s for this reason that particular colors are so often associated with specific times in history, helping to emphasize political and social norms of the day, or perhaps raging against them. 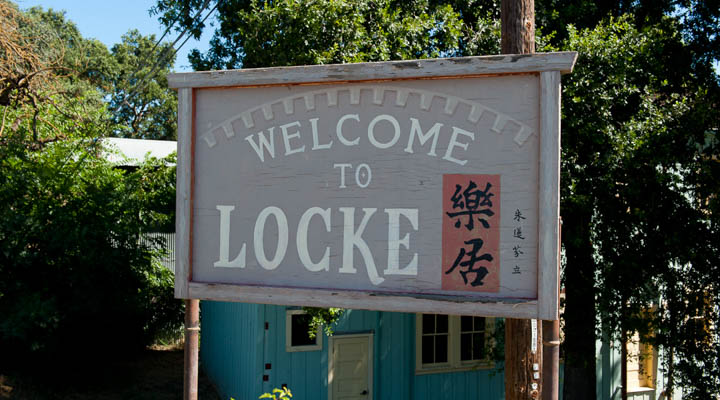 From the gem tones deeply tied to the vibrant Art Deco period of the 1920s to the bright, poppy colors rooted in the Mid-Century Modern era, color has the ability to define a period and more specifically within it, a design style. That’s why Dunn-Edwards created our Then, Now & Forever® Collection, a paint collection totaling 300 colors, 142 of which are historically accurate and 158 of which are trending today. Each of the 142 historically accurate colors were inspired by the architecture of the American West. To make sure of their accuracy, we worked with Architectural Resources Group (ARG) a group of architects, planners, and conservators who believe in the value that history adds to modern life, and work to vet each paint color. Historically Accurate Paint Colors
To help curate our Victorian-era colors, one of the architectural resources of the American West we looked to was California’s Locke Boarding House. ARG, through meticulous conservation work, pulled colors by carefully reviewing historic color cards, chiseling and pulling samples and testing them. Dunn-Edwards worked closely with ARG to ensure that each paint color was truly historically-accurate. ARG’s samples were then matched to Munsell Color System color chips, after which, Dunn Edwards’ color lab created paint formulas for Dunn-Edwards’ color expert, Sara McLean, to have the final say on inclusion in the color collection. 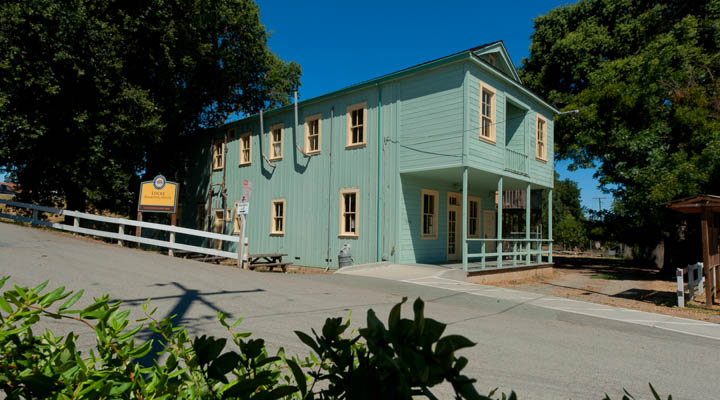 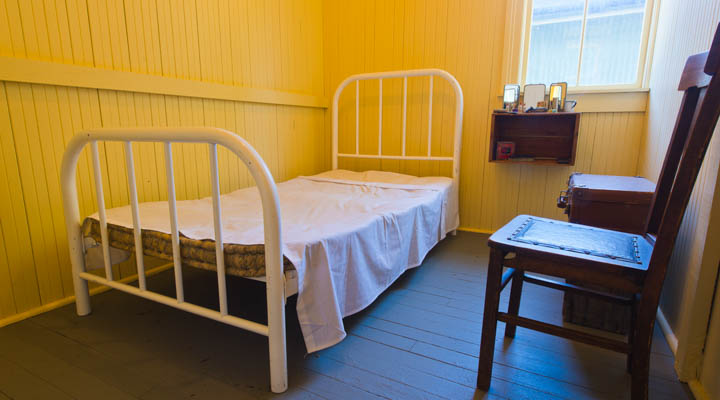 About The Locke Boarding House
The town of Locke, Calif. lies about 30 minutes south of the golden state’s capital city, Sacramento. Today the whole town stands as National Historic Landmark, designated in 1990 as the Locke Historic District. According to the National Park Service (NPS), the reason for this designation lies in the town’s existence as the most complete example of a rural, agricultural Chinese American community in the United States. In the early 20th-century Locke became the first and only town in the United States to be built exclusively by and for Chinese immigrants. During the early 1900s, there was a large influx of immigrants from what is modern day Zhongshan in Guangdong Province, China to the Sacramento-San Joaquin delta, the NPS notes. The Locke Boarding House, which is part of the Locke Historic District, stands as an example of vernacular Victorian Era architecture. 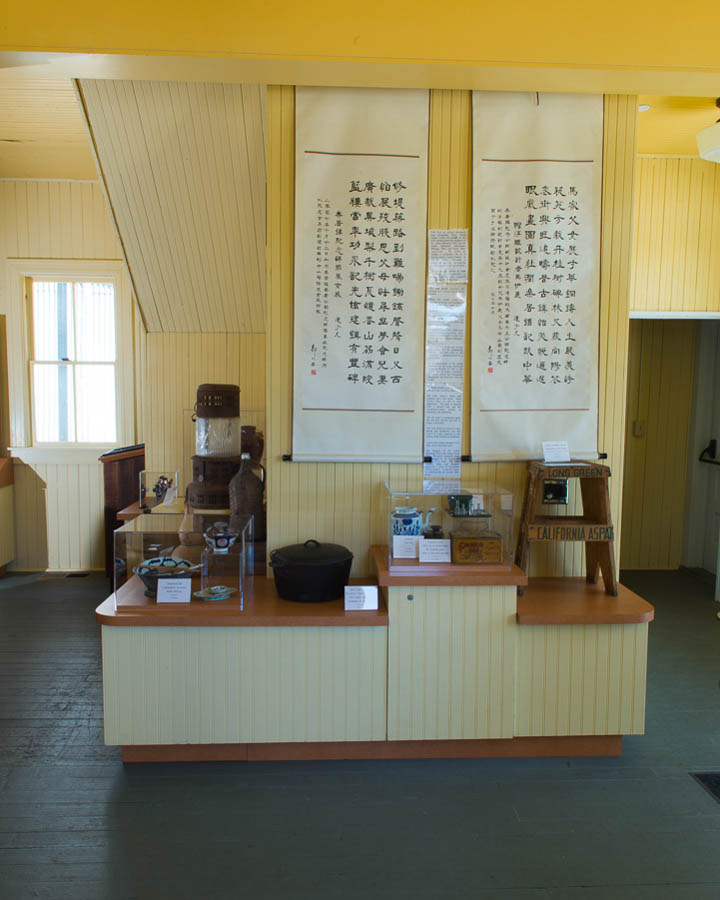 The Locke Boarding House, also once known as the Jack Ross Boarding House, was built in 1909 to board workers of the Southern Pacific Railroad, according to the Locke Foundation. The town of Locke grew to become a thriving Chinese community during this time. Alongside the boarding house, a church, a Chinese school, post office, grocery stores and more all took root in large part due to thriving pear and asparagus farming industries established by the Chinese community in the Delta. 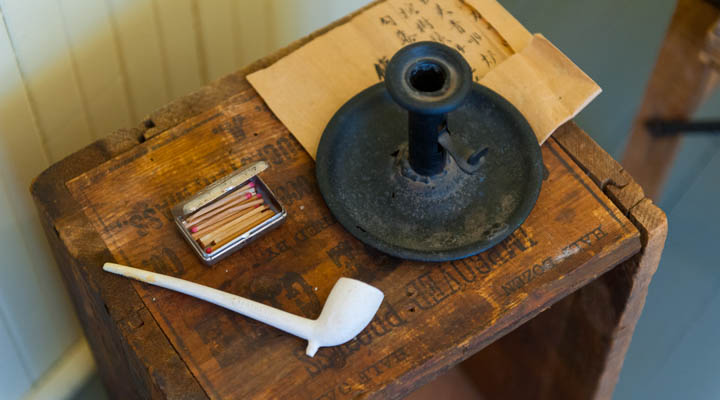 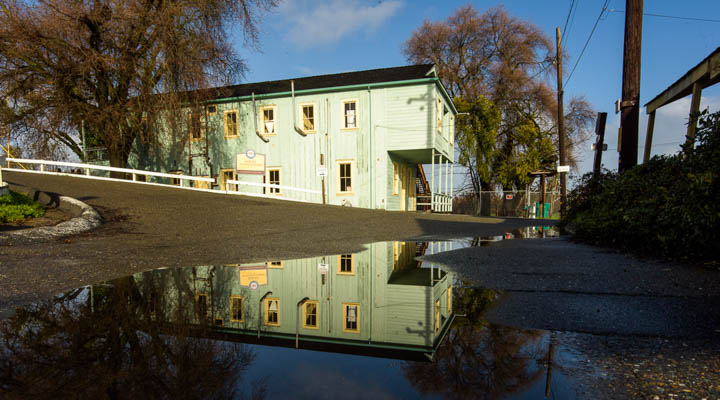 As for the the Boarding house itself, it was later run by the Kuramoto family from 1920 to 1942, until such time the family was interned during World War II. The town of Locke, like many small towns, suffered a decline during the 1930s and the Great Depression, and then again in the second half of the 20th-century as populations moved from agricultural areas to larger cities. In 2008 the building became the Locke Boarding House and transitioned to the California state park system. It underwent rehabilitation with the help of the team at ARG. In order to rehabilitate the boarding house into a museum and home for the Locke Foundation, ARG’s website notes they were tasked with preserving the building’s character while also updating its structural and mechanical systems. From this work paint color samples were pulled from which to help create Dunn-Edwards historically-accurate Then, Now & Forever® Collection. From the Locke House a collection of soft yellow colors such as Honey Nectar (DET470); Ochre Revival (DET472); Maize (DET473); Suffragette Yellow (DET487); Prairie Land (DET489); and Hollywood Golden Age (DET667) were found.