Skip to content
Careers Our Employees Working with us Faqs With a Bachelor of Fine Arts in interior design, I have worked in both retail management and as an interior designer. I was familiar with Dunn-Edwards, since I specified them for previous projects. I joined the Dunn-Edwards team 11 years ago — first as a Regional Color Advisor Manager and now, as the north-central Arizona Area Manager.

Coming from a large home-improvement chain, I was drawn to the family feel at Dunn-Edwards. I was also impressed that, during the late-2000s economic downturn, the company continued to expand its offerings. In January 2010, the first “Neighborhood Paint Store” (NPS) program was implemented in the San Diego region. I was hired to launch the program in Arizona and — more than 10 years later — the NPS program evolved (with a few name changes) into the Professional Color Advisor team within the Store Operations department.

Even better, Dunn-Edwards is committed to the personal and professional development of all employees. Dunn-Edwards invested in my future by offering a wide range of invaluable workshops in my region. In addition, I’ve spent time in other departments to see and learn, firsthand, how they work, which has deepened my knowledge of our overall business. If you have the desire and commitment, the career-growth opportunities at Dunn-Edwards are endless. Dunn-Edwards has given me the tools to understand the business from a managerial standpoint.

Why am I proud to be a part of the Dunn-Edwards team? There are so many reasons — from the people-first culture to the quality products I can truly get behind, to how I feel valued as an employee — Dunn-Edwards truly feels like a family. 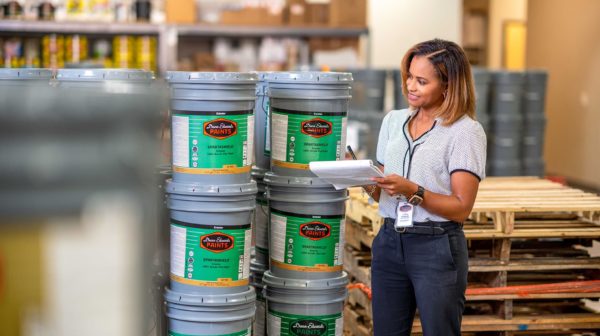