Color carries with it symbolism and meaning. As a result, particular colors have defined eras and empires, as well as architectural styles. As a way to pay tribute to the distinct connection humans have with color and the history and emotion it evokes, we created our Then, Now & Forever Collection. The curated collection consists of a line of 142 historically accurate colors inspired by historic architecture of the American West as well as 158 trending colors, all of which tell a story of styles and trends from architectural styles ranging from the 1800s, such as the Victorian era, to present day. 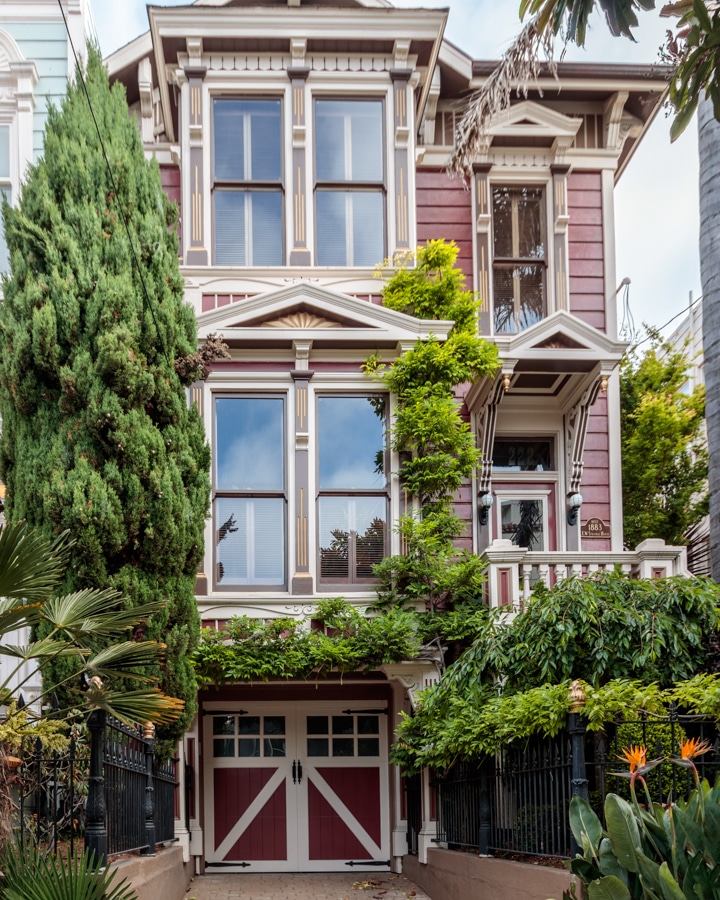 To ensure the accuracy of each of the 142 historic colors in our Then, Now & Forever collection, Dunn-Edwards collaborated with Architectural Resources Group, a collective of architects, planners and conservators who believe in the value that history adds to modern life, and works specifically in preserving historic structures. Each of our 142 colors historically accurate paint colors were carefully matched to actual samples from historic buildings and sites across the American West. These include historic resources, such as the Bell House, in San Francisco, California. About the Bell House

Known today as the Bell House, this Stick-, or Eastlake-, style home was originally constructed for Edward W. and Ada Strange in 1883. The Stick-Eastlake style was a late Victorian form of architecture named for Charles Eastlake, a British architect and founder of the Eastlake movement. The style is notable for its exterior use of decorative arts and linear ‘stickwork,’ which are meant to replicate the look of a half-timbered frame. Key characteristics include intricate woodwork, such as posts, spindles and lattices. The specific color combinations of Stick-Eastlake homes were also originally chosen to highlight the details of this ornate work, helping them stand out from the rest of the home’s body. To design such a house, Edward and Ada Strange tapped architects and brothers Samuel and Joseph Newsom. Newsom Brothers Architects were, in fact, famous for their many Eastlake-style and Queen Anne-style Victorian homes throughout San Francisco. However, according to the Victorian Alliance of San Francisco, most of them did not survive the city’s 1906 earthquake—making the Bell Home quite unique. Outside, the house features detailed carving around the windows, columns, decorative entrances and eaves, and a wrought iron fence, which encloses the front garden. On the interior, the home boasts details like ceiling moldings and medallions, an oak dining room fireplace mantel and a built-in buffet.

Edward and Ada Strange called the Hayes Valley-area house their home for 64 years before it sold and resold, eventually landing in the hands of the current owner, Nick Bell, in 1998, who updated it while maintaining the integrity of the Newsom Brothers Architects’ design, notes the Victorian Alliance of San Francisco. 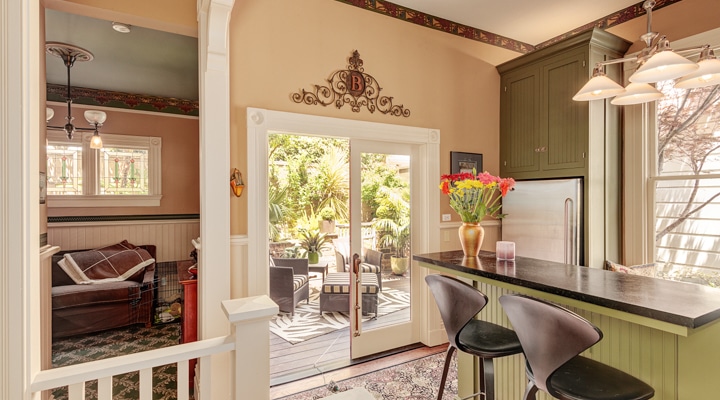 When Architectural Resources Group conservators first evaluated the house, they found an original palette that included a cool shade of blue and green, as well neutrals. In total, four colors were discovered on the interior and exterior of the Bell House. 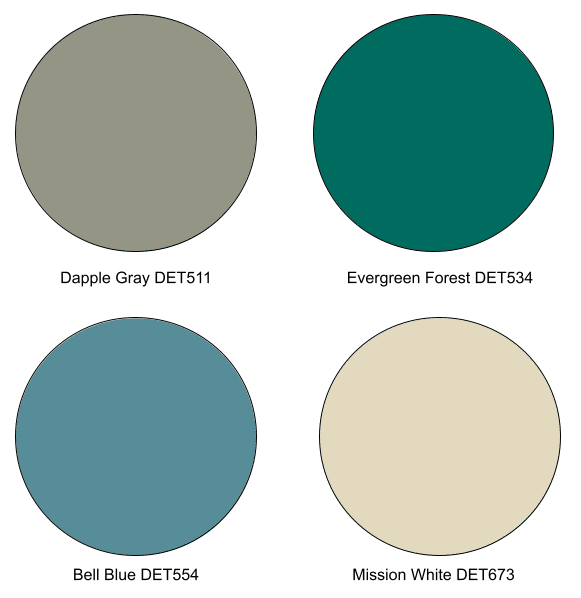 Dapple Gray (DET511) - This gray-green tone was found on the exterior of the Bell House. The color is named for a coat color found on the horses—the free-roaming mustangs of the American West.

Evergreen Forest (DET534) - This saturated green hue was also discovered on the Bell House’s exterior. The inspiration for the color’s name comes from the forested areas in and around the Rocky Mountains and Pacific Northwest.

Bell Blue (DET554) - This namesake color was discovered on the interior of the Bell House. It is a reserved blue color with teal-green undertones.

Mission White (DET673) – Found on the exterior of the Bell House, this creamy white was also discovered throughout multiple resources in the Bay Area by Architectural Resources Group. It was even discovered on the Mission Revival/Richardsonian Revival style building, the Stanford Green Library, located at Stanford University.

Want to see what other historic resources serve as the basis for our historically accurate Then, Now & Forever Collection? Take a look at our other Victorian-era architectural resources, such as the Alta Mira Club in San Leandro, California, or the Meek Mansion also located in northern California.

All images courtesy of Anson B. Moran