To honor human connection to color and the history it brings to life, we created our Then, Now and Forever® Collection. Color is powerful and has defined everything from social classes to architectural styles. As a result, this paint collection consists of a curated line of 142 historically-accurate paint colors inspired by historic architecture of the American West and 158 trending paint colors, all of which tell a story of styles and trends from architectural eras ranging the 1800s to the present day. 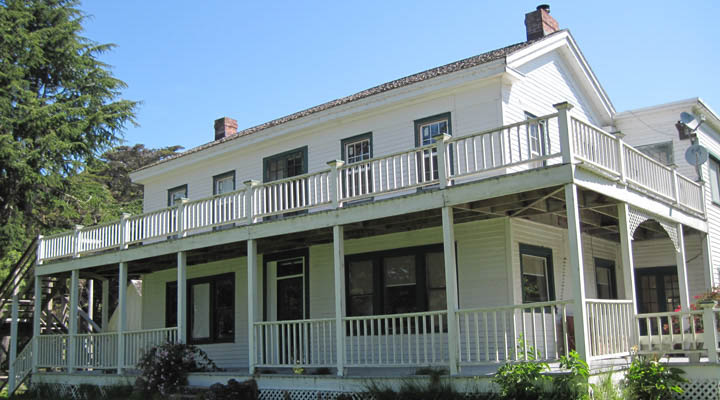 To bring this paint collection to life, each of the 142 historically-accurate colors in our Then, Now & Forever® Collection were carefully matched to actual samples from historic buildings and sites like Pescadero, California’s Spencer House (Steele-Humphrey). To do this, we worked with a collective of architects, planners, and conservators at Architectural Resources Group (ARG) who believe in the value that history adds to modern life, and work specifically in preserving historic structures. It is with the intrinsic connection between color and design in mind that we love to explore the story behind these historic sites. 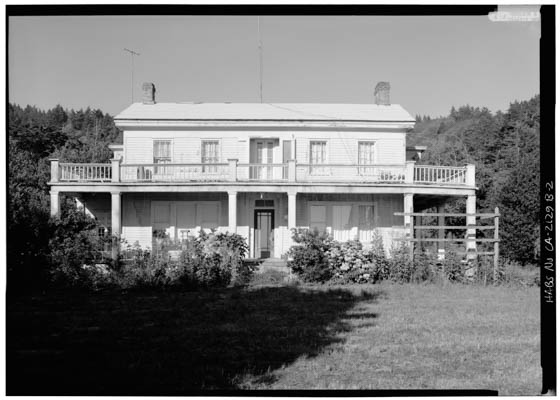 About The Spencer House (Steele-Humphrey)
In the mid-1800s Isaac, George, and Edgar Steele ventured from Ohio to California where, along with their cousin Rensselaer, they established thriving dairy operations across Marin, San Mateo, and San Luis Obispo counties. The Steele Brothers Dairy Ranches were one of the first large-scale commercial cheese and dairy businesses in California.

Rensselaer built a house for himself and his family as early as 1862 on what would become known as Cascade Ranch in Pescadero, California. Rensselaer’s Cascade Ranch became the center of the Steele Brothers operations, according to the California Parks Department. In 1886 Rensselaer passed away at which point his son, Rensselaer Jr,. acquired the home. After making some unfortunate investments, Rensselaer Jr. sold to a San Francisco attorney named Charles F. Humphrey in 1919. The ranch continued to produce cheese until the 1930s before eventually converting to crops during the Great Depression. The Humphreys owned the property until 1962, giving the home its name, the Steele-Humphrey House. 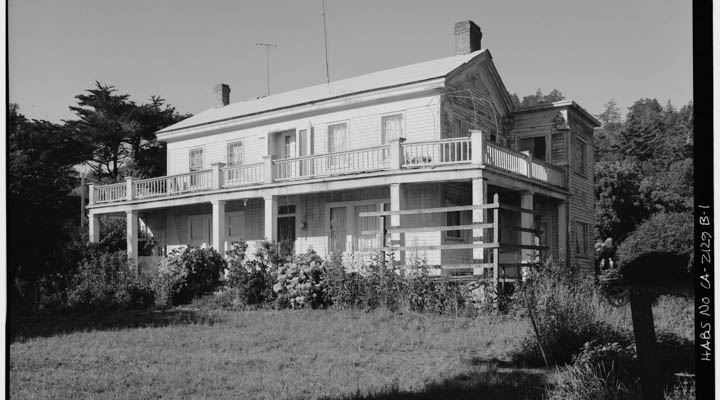 The Spencer House (Steele-Humphrey) is a two story home, said to be built from redwood lumber milled in the Steele mill on Cascade Creek, according to the California Parks Department. The home features some Greek Revival elements (including its Greek-inspired exterior color). While originally constructed around 1862, the home had an addition built in the back sometime between 1870 and 1880. Under the Humphrey’s ownership, the California Parks Department notes, the home underwent several changes, including the addition of a new wing and changes to the rear facade. Today, the house is listed as San Mateo County Historic Landmark and the Steele Brothers Dairy Ranches are a California Historic Landmark.

Historic Paint Colors
When conservators at ARG evaluated the Spencer House (Steele-Humphrey), they found an exterior color palette of pale sandy whites and a lemon yellow hue on the home’s interior. Doric White (DET641) is named for the style of Greek column, and thus the bone hue is a nod to the home’s classic revival style. Also on the home’s exterior was the creamy tone, Mission White (DET673). In addition to the Spencer House (Steele-Humphrey), the color was also found in the Stanford Green Library, which was built in the Mission Revival/Richardsonian Revival. The yellow found on the home’s interior was a cheerful, sunny tone, Honey Nectar (DET470), a very popular color and found throughout several other architectural styles as well.

For more background on how the West’s various architectural icons have informed the colors in the Then, Now & Forever® Collection, take a look at our primer on 19th-century Revival architecture. And learn more about other specific architectural resources which inspired our historically-accurate paint collection like the Meek Mansion in Hayward California, the Kelso railroad depot, or John Muir House located east of San Francisco.