The Coit Tower, standing tall on top of Telegraph Hill, has long been an iconic part of the San Francisco skyline. Built in 1933, the 210-foot concrete tower was erected in dedication to the San Francisco Firemen. Jointly maintained by the San Francisco Arts Commission and San Francisco Recreation and Parks department, its doors were shut for a six-month restoration and re-opened to the public on May 14, 2014.

The Coit Tower was originally built using money bequeathed by eccentric socialite Lillie Hitchcock Coit in the 1920s. She asked the money be used to beautify the city she so loved, while celebrating the firemen she proudly supported in the city of San Francisco. The concrete tower was constructed by Arthur Brown Jr., famous for his work on the stunning City Hall. The view from the top of the tower doesn't disappoint: the 66-second trip in the antique elevator opens up to breathtaking panoramic views of the San Francisco Bay and city. 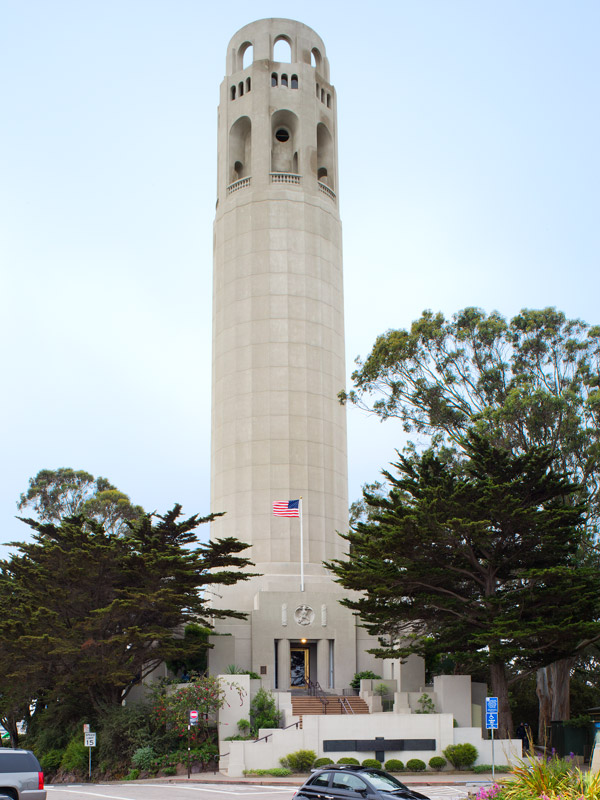 But perhaps the most alluring part of the tower are the murals housed within it. The murals were painted back in 1934, as part of the New Deal Public Works of Art Project for emerging artists. Twenty-five muralists painted more than 3,691 square feet of murals – no small feat.

The Diego Rivera-inspired frescoes depict the struggles of working class life during the Great Depression: from streetscapes, to factories, to home life and sports. A man many consider to be the greatest Mexican painter of the 20th-century, Rivera had a profound effect on the international art world. Many of the murals have strong leftist or Marxist leanings. At the time they elicited much controversy as the works were deemed too left wing. The brightly colored murals remained, despite significant damage – mainly through general wear and tear and environmental degradation – over decades. 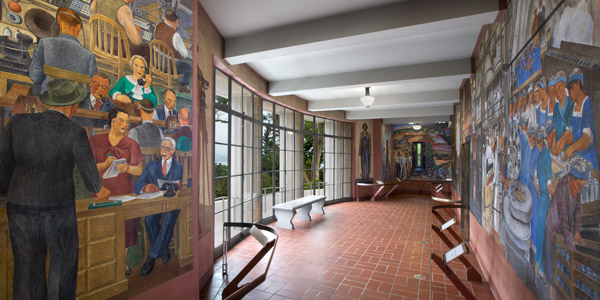 It was to get a new lease on life, though. The San Francisco Arts Commission, San Francisco Recreation and Parks department, Architectural Resources Group and ARG Conservation Services worked together to restore this beloved landmark. The six-month, $1.7-million project saw the 81-year-old tower and its historic frescoes return to their former glory. Prior to the restoration, the tower was showing its age, with water damaging the murals, poor lighting and paint peeling from the ceiling. 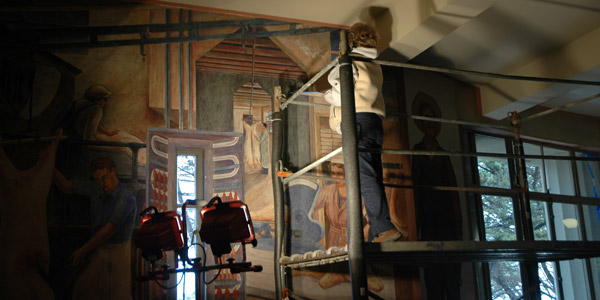 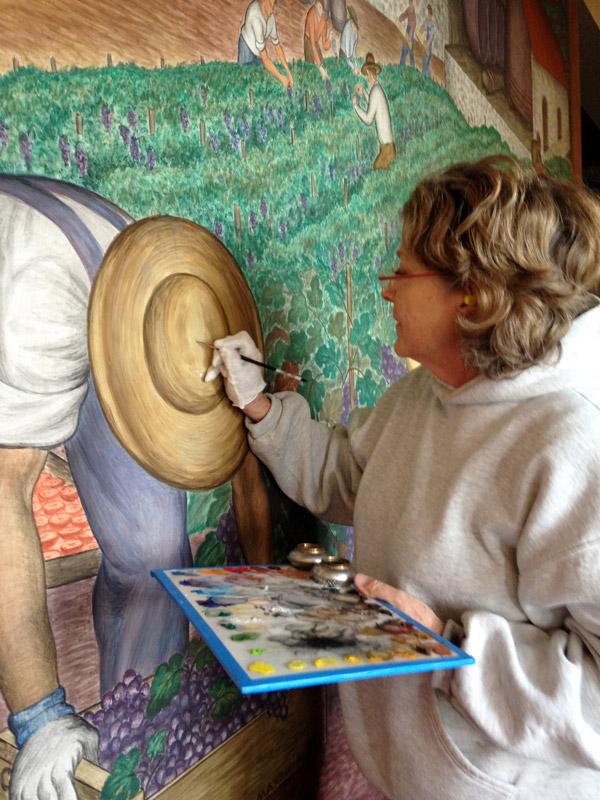 Roof and ceiling repairs, as well as weatherproofing the entire building, will prevent any future damage to the murals. David Wessel from Architectural Resources Group, which oversaw the structural work on the building, told the San Francisco Chronicle, "From the time we started, the message to me was to do the project right." The hard work has paid off, he says, "We were able to restore the ceilings and some of the original decorative moldings that set off the artwork." 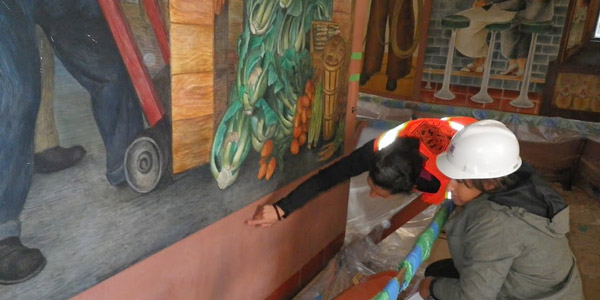 Mayor Ed Lee said at the reopening ceremony of the tower that “history is delicate," and he's right. The mural restoration and conservation process was a lengthy one that included many dedicated teams to bring the vibrant works back to life. The multi-layered process began with cleaning any accumulated soil from the surface of the murals. Then Anne Rosenthal led the team of experts through various stabilization treatments before using photographs of the originals to restore one of the city's most important cultural treasures, stroke by stroke.

“These are historical landmarks in the city," said Lee. "They mean something to generations of people." The restoration of the Coit Tower welcomes future generations to visit and enjoy both the building and its artwork.