Ariana Lovato, owner and principal of Honeycomb Home Design, conjured a total transformation for a dated 1980s Spanish-influenced home. She blended classic, as well as modern and Art Deco touches for a glam-inspired update. The house originally featured Saltillo tile floors throughout; posts and columns that divided rooms at odd angles; and tons of wasted usable space. Her remodeling task was twofold — elevate the look of the home and optimize flow. 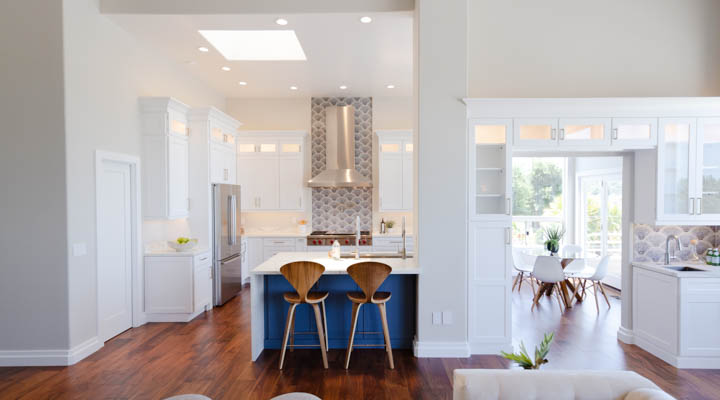 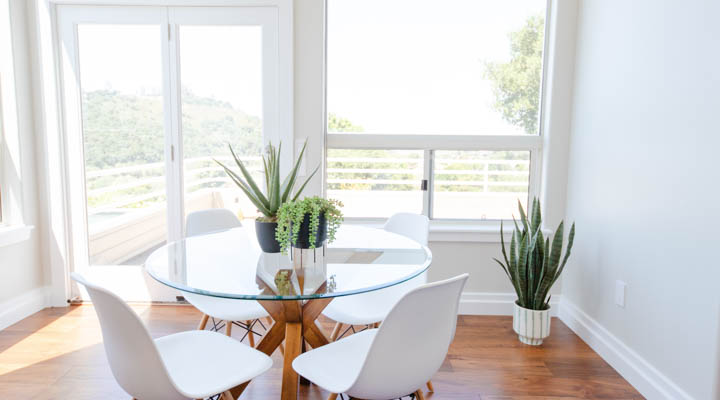 Lovato worked on a large chunk of the house, tackling the kitchen, living room, dining room, laundry room and bathroom. In the kitchen, she used timeless, neutral materials like a white marble countertop and Dunn- Edwards Classic White (DEHW08) on the cabinets, trim and ceiling. As the eye dances from the counters to the cabinets, to the ceiling, the overall effect is one of seamless simplicity and expansiveness. “Since the family loves to cook, we put a lot of emphasis on the kitchen and wanted to make it not only more functional, but really a statement for the rest of the house,” Lovato said. 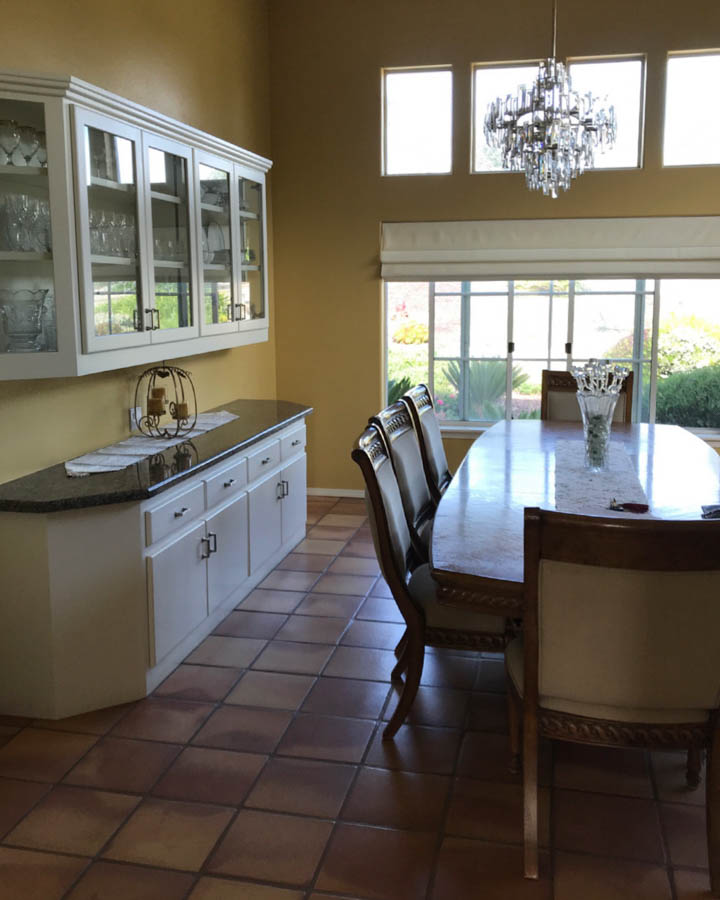 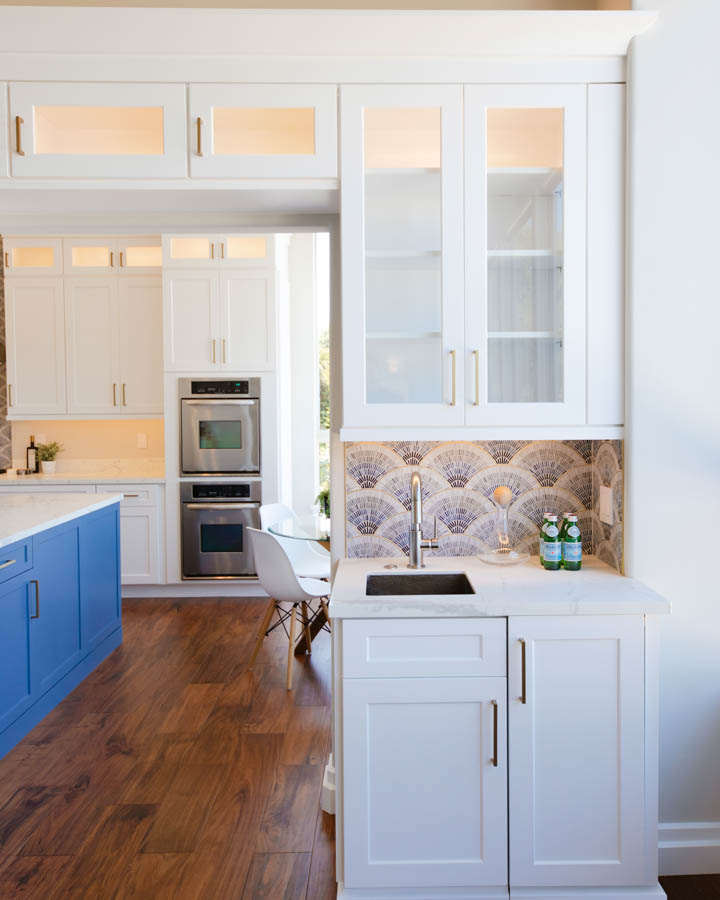 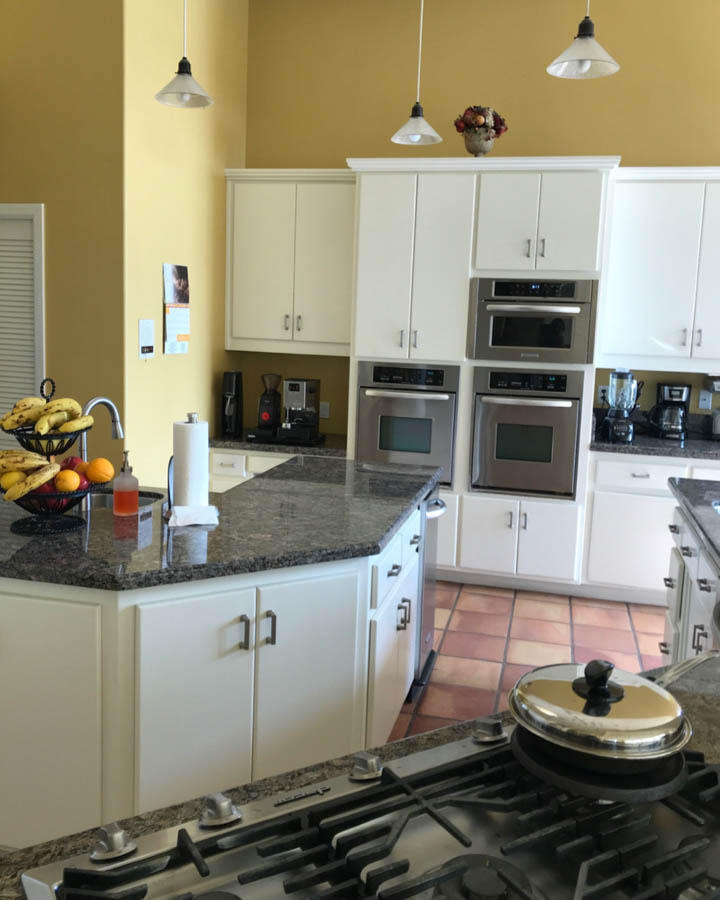 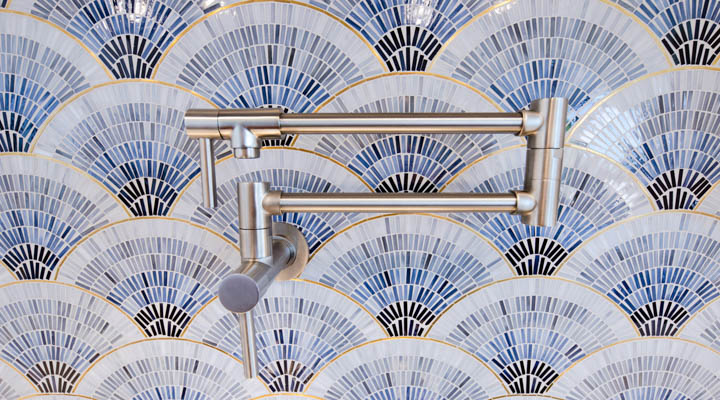 Art Deco elements are peppered throughout the home, most notably in the blue fan-shaped tiles of the kitchen backsplash and the saturated blue cabinets of the island, which stand out against the otherwise neutral canvas of the kitchen. “We kept the lines really clean and added brass and polished nickel throughout the house for that pop of glam,” she said. 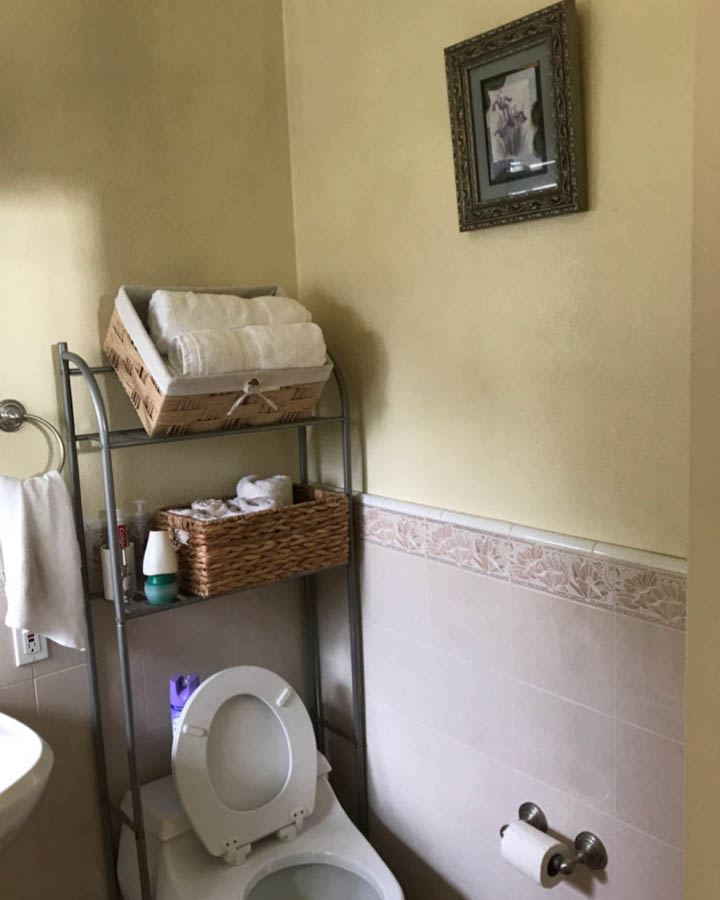 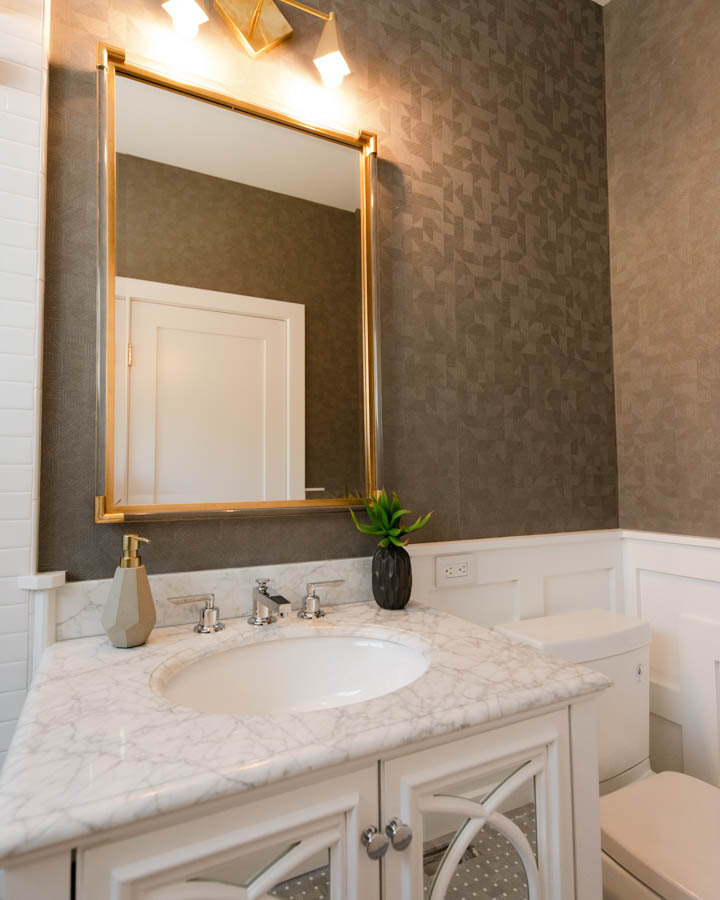 Finding the right neutral for the living room was a process. Lovato tested multiple shades of gray but wasn’t satisfied until she found Dunn-Edwards So Chic! (DET614). “It was really the perfect light gray that was warm enough with the acacia flooring, but cool enough to work with the wallpaper and the navy blue island,” she noted. To create cohesion throughout the house, she repeated some of the white, blue and brass “wow” elements from room to room. In removing some cosmetic walls and columns, she cut wasted space, creating more flow and distinct vision for the dining room, entryway and living room. 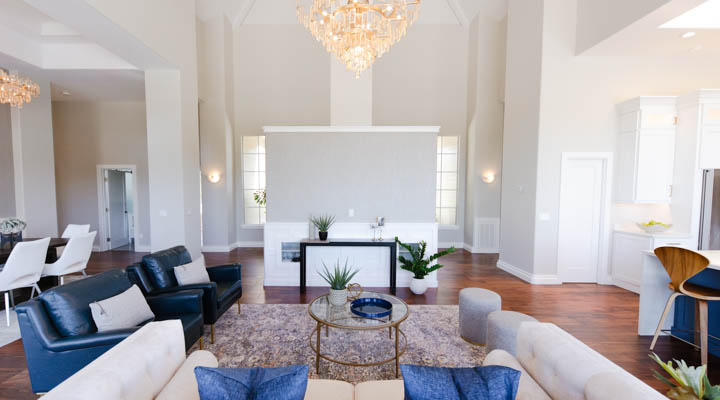 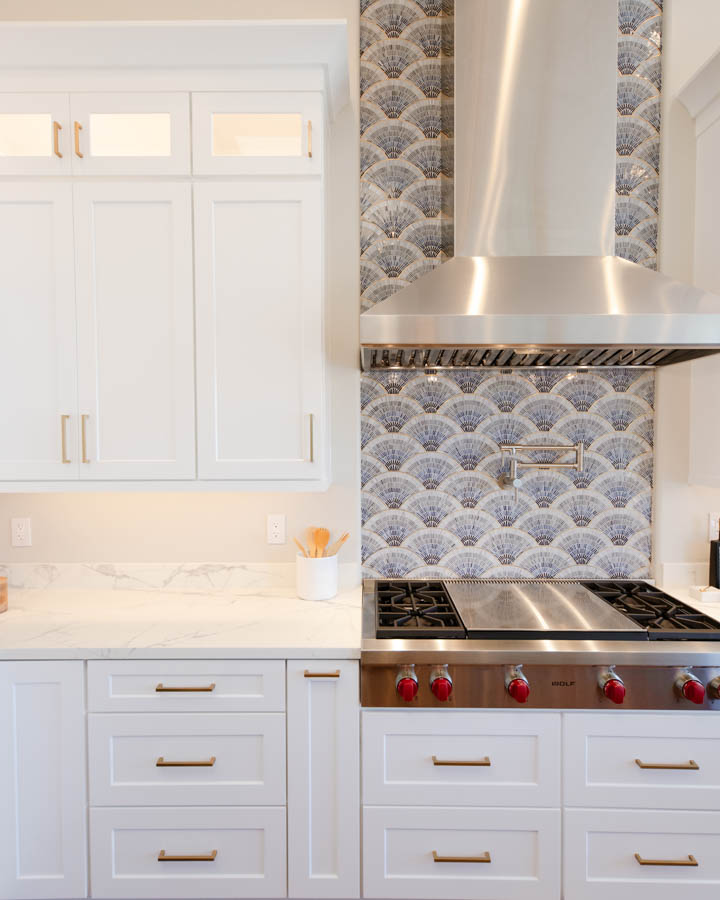 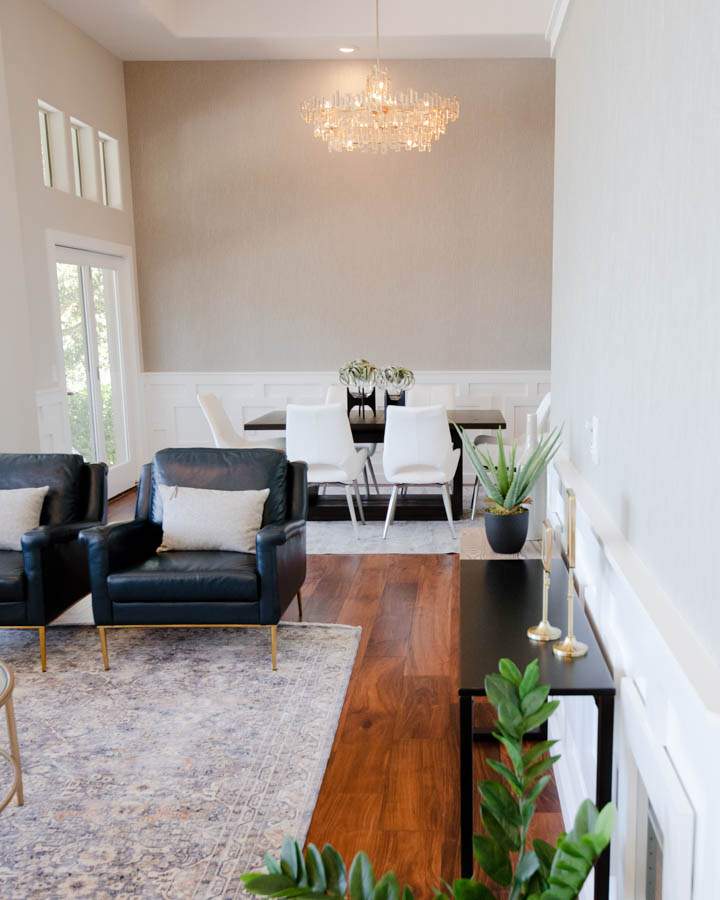 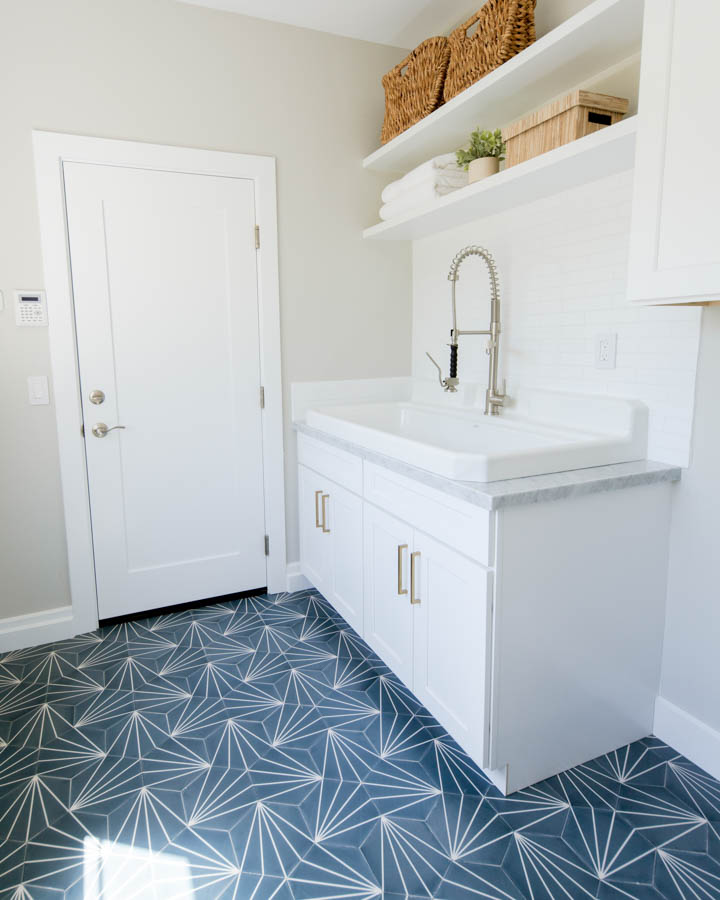 If you’re inspired to add some Art Deco elements to your interiors but don’t know where to start, check out our guide to historically-accurate colors for the time period. Or check out how Los Angeles fashion designer Dazey LA put her spin on Art Deco, mixing period furniture and accessories with greens, pinks and yellows in her Hollywood home.