Color’s Tie to History
Because everything in our world is in color, we associate shades of color with geography, culture, and of course, time period. It is with the latter in mind that the Then, Now and Forever® Collection was created, a grouping of 142 historically-accurate paint colors and 158 paint colors that are trending today. The historically-accurate collection of colors was inspired by vintage architecture throughout the American West and carefully matched to actual samples from historic buildings and sites. To do this, we worked with Architectural Resources Group, a group of architects, planners and conservators who believe in the value that history adds to modern life, and work specifically in preserving historic structures. One architectural resource is the Bidwell Mansion in Chico, California. 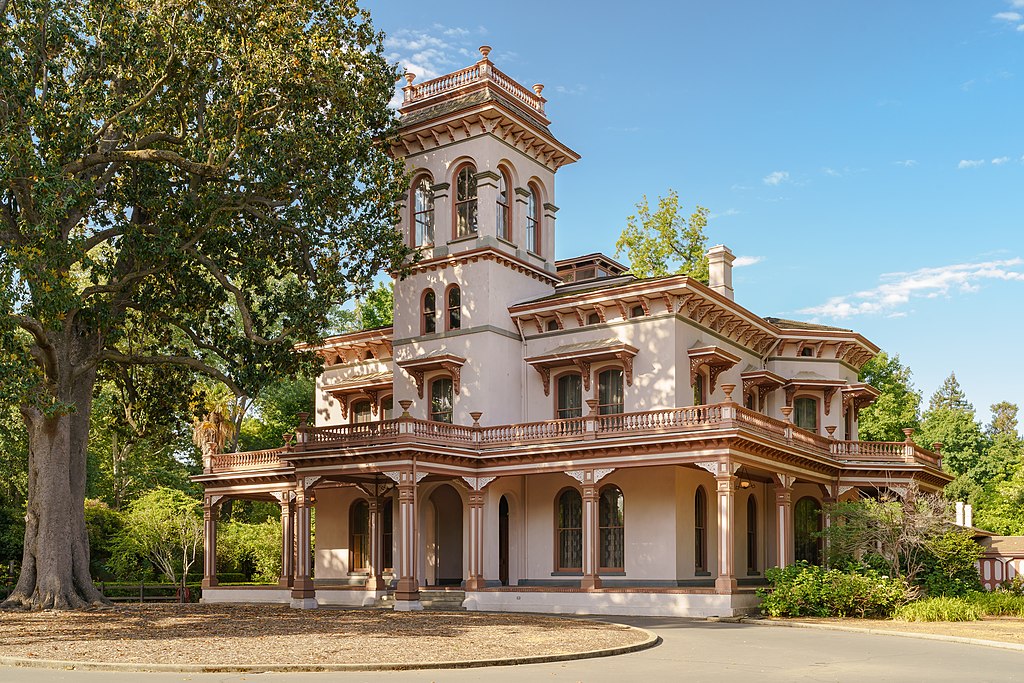 What is the Bidwell Mansion and who was John Bidwell?
John Bidwell was a prominent California pioneer, soldier, farmer, statesman and philanthropist. Bidwell was originally born in New York in 1819 before his family moved to Pennsylvania. As a young man of 22, Bidwell adventurously sought his way to California where he worked for John Sutter (namesake of the famous Sutter’s Mill and its 1848 California gold strike). Bidwell led an adventurous life of gold mining, soldiering on behalf of Mexico (where he also retained citizenship), and farming the land he was granted by the Mexican government. He would eventually establish a farm and ranch in Chico, California, helping to found the town, and go on to serve in Congress for one term as a Republican in 1864. 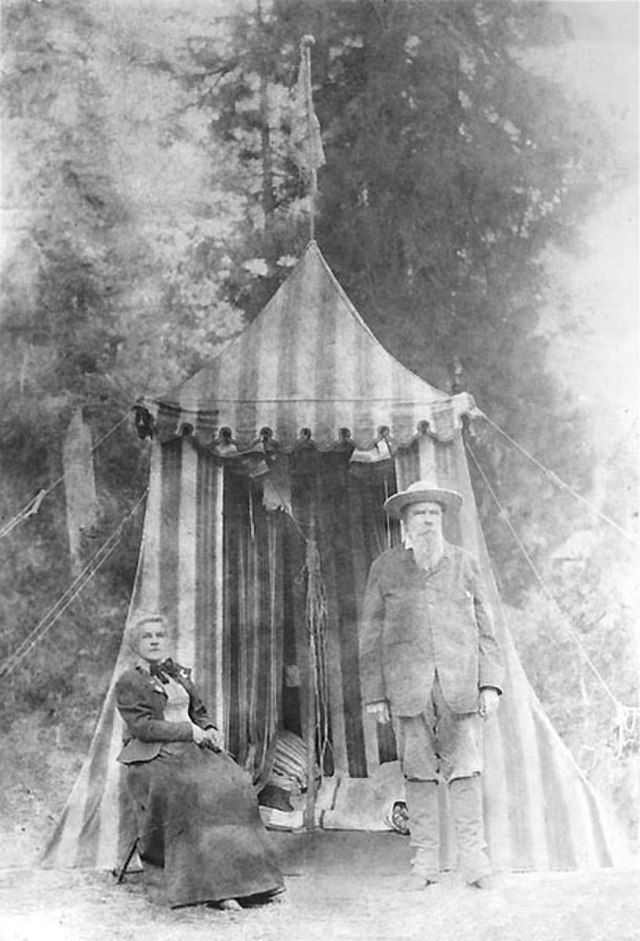 Bidwell, a man who lived a rough and ready life for a number of years, eventually sought a place in Victorian society and built a mansion for himself and his wife Anne. The home is a stellar example of Italianate Victorian architecture. Noted as one of the finest homes on the West Coast in the mid-to-late 1800s, the manor features ornamental cornices, hooded windows, a wrap-around veranda on the second floor, and a two-story tower. 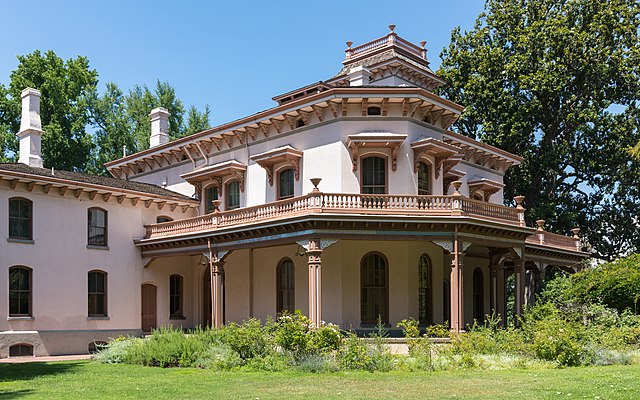 Bidwell contracted prominent architect and founding member of the National Architects Association, Henry W. Cleveland, to build the mansion in the early 1860s. The mansion is set on a ranch grant that Bidwell bought due to its strategic location near a consistent source of water, Big Chico Creek, and adjacent to the main stagecoach route from California to Oregon. After Bidwell’s death in 1900, the home was passed to his wife, Anne, and then various organizations. Eventually, ownership was transferred to the California Department of Parks and Recreation, where it stands as a historic park, and remains a gem of architecture and 19th-century life. 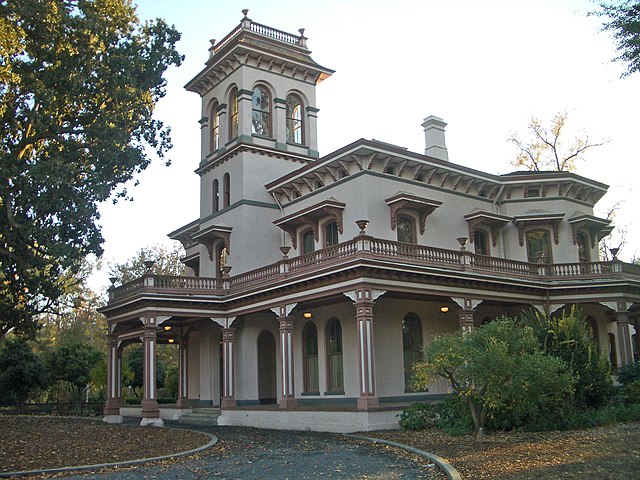 Historic Colors of Bidwell Mansion
The overall color scheme of the Mansion consists of soft yellows, browns and faded blue. 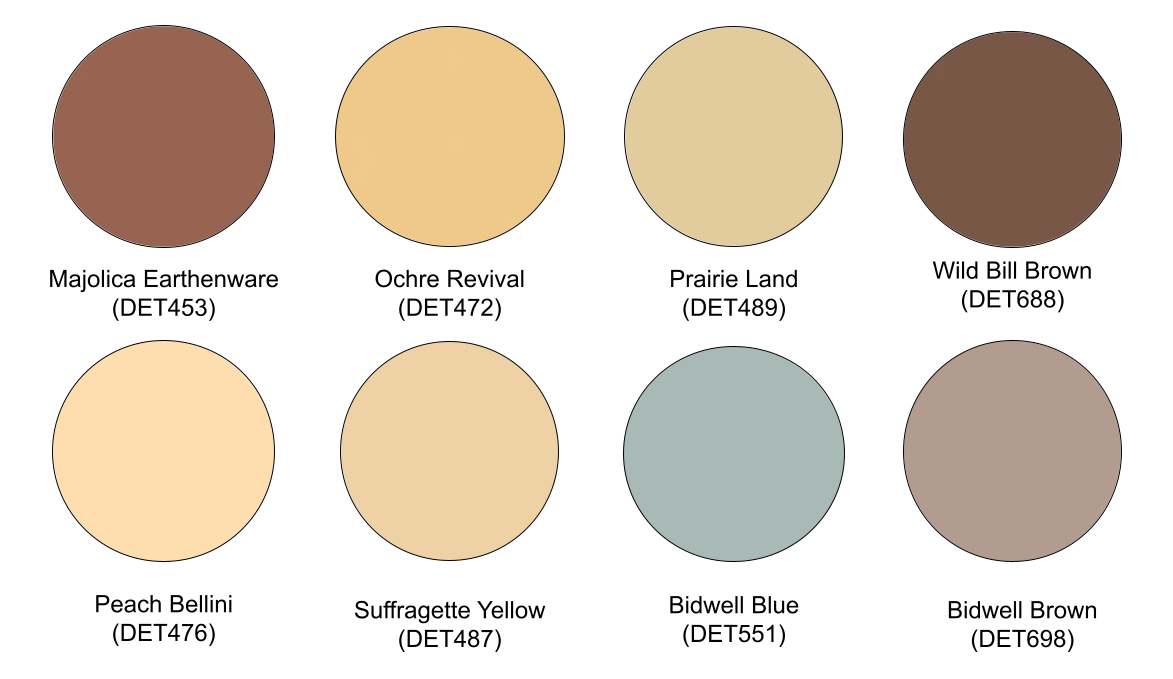 Majolica Earthenware (DET453)
Majolica refers to the way in which pottery is glazed with a tin enamel that hides the original clay surface. This is an original color of the Bidwell Mansion.

Ochre Revival (DET472)
A honeyed-yellow hue that was found on the exterior of the Bidwell Mansion.

Peach Bellini (DET476)
Named after the famous drink made in late 1930s Venice, the color was found on the interior of the mansion, complementing the home's color palette of yellows and browns.

Suffragette Yellow (DET487)
This yellow color references the women’s voting movement in the 19th- and 20th-centuries, a movement in which John and Anne Bidwell were both active. Suffragettes who fought for the vote in the United States adopted yellows, golds, and white as their colors.

Prairie Land (DET489)
This shade sets itself apart from other yellow hues with its green tinge and is named after the grasslands that cover the Midwest and the Western United States, including California’s Central Valley.

Bidwell Blue (DET551)
A faded and gray-blue hue, this color was named after the building itself and was uncovered within the interior of the mansion.

Wild Bill Brown (DET688)
The color is named after the famous Western gambler and lawman known as James Butler “Wild Bill” Hickock. This color was found on the interior of the Bidwell mansion.

Bidwell Brown (DET698)
Named for the mansion’s owners, this shade of brown was discovered on the interior of the home. It pairs beautifully with its counterpart, Bidwell Blue.