Set an hour and a half outside Los Angeles in the mountains of Lake Arrowhead, California is Lekker House Pines, a prow chalet style home that offers a fresh take on a bold 1970s-inspired color palette. Interior and architectural photographer Marni Mervis of STRUKTR Studios, whose photography is known for its bright and colorful aesthetic, always begins painting projects with the final photograph in mind. This project was no different. 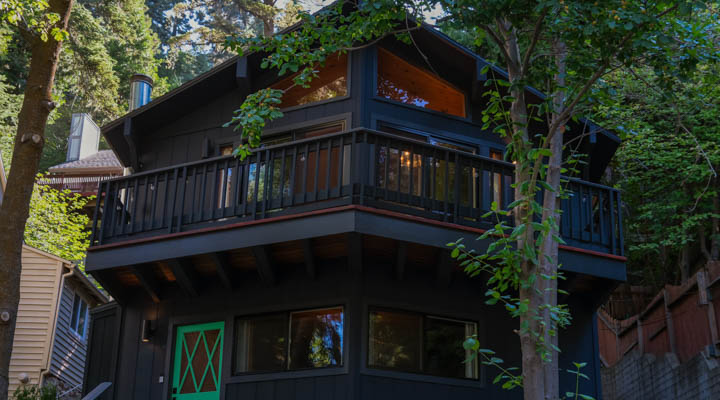 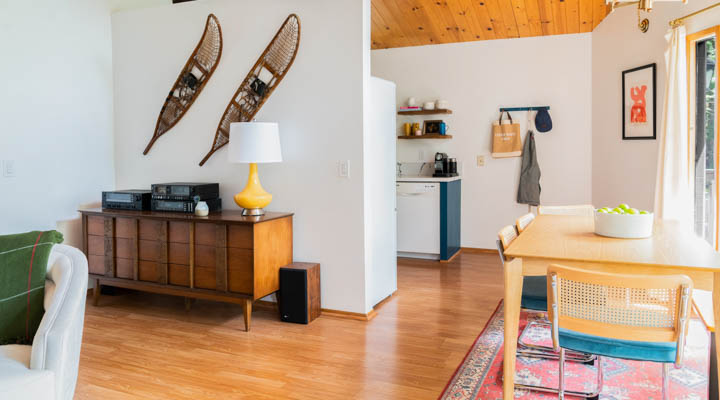 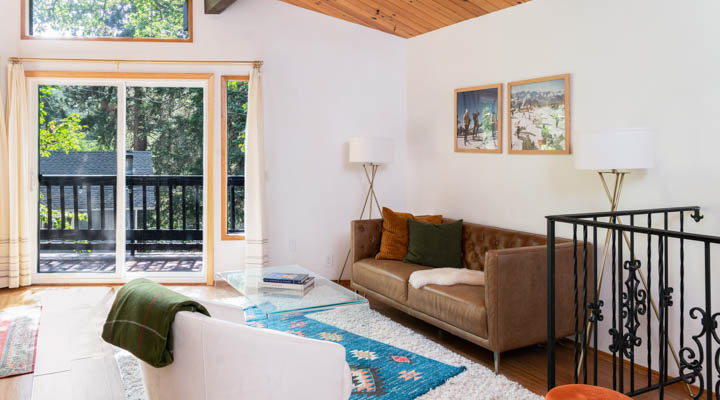 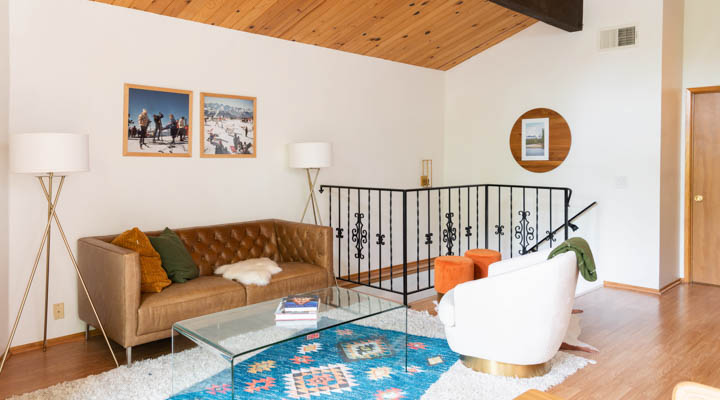 Early on after the pandemic hit, Mervis and her husband opted to leave the bustle of Los Angeles for the serenity, space and four seasons offered in the lakeside resort town. Describing their house hunt for a mountain cabin, Mervis explains her list of must-haves was short but decisive: a wall of windows and funky 1970s architecture. With that, she set out to craft a space that feels modern, yet at home in the mountains. “Whether I’m photographing for work or I’m on my own house hunt, when I look at a home, I look for a story to build around. There was a story here.” That story? A swanky, modern ski chalet that pays homage to 1970s alpine and lake cultures. 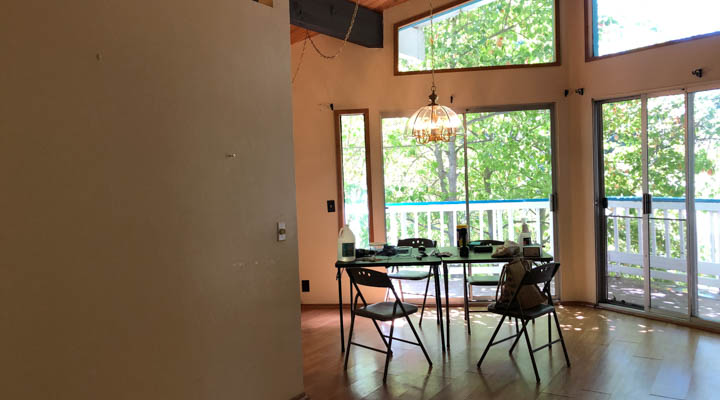 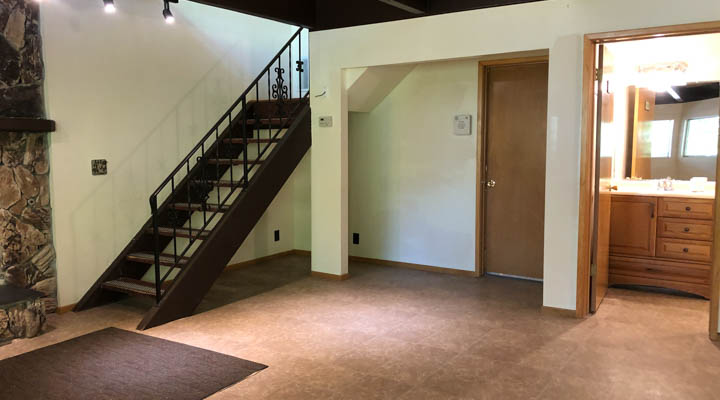 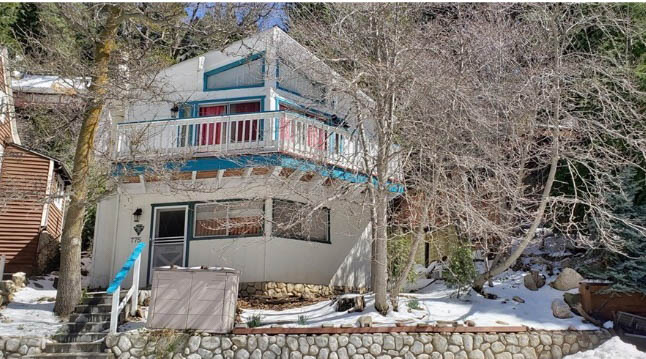 Sophistication and swank over kitsch. Built around saturated, moody hues like mustard yellows, pine greens, peacock blues and rusty oranges, Mervis crafted a vivid retro palette to cozy up to, punctuated by vintage touches throughout the home such as a donut phone, photographs from Slim Aarons’ St. Moritz collection, and even a pair of snowshoes Mervis discovered under the house. 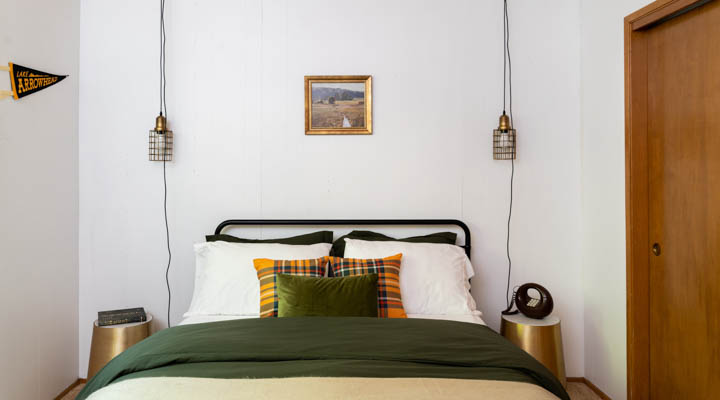 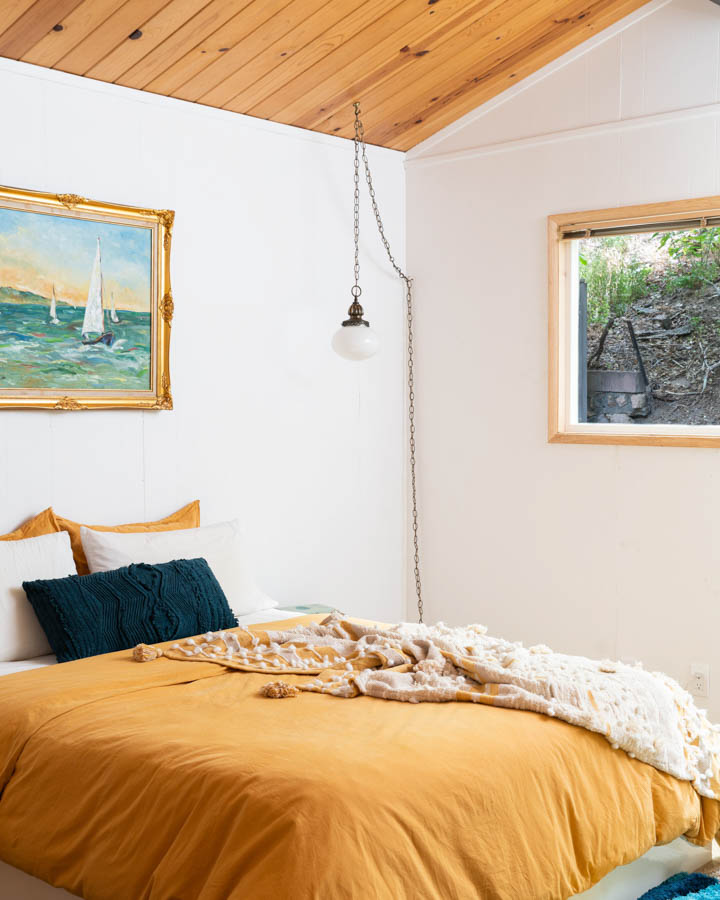 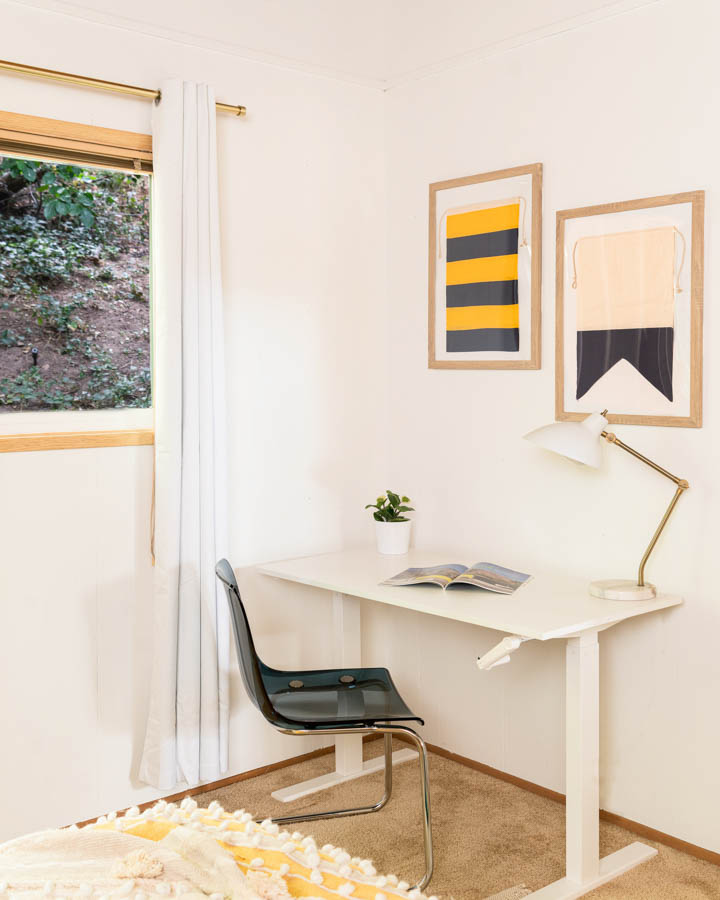 Originally built in 1976, the west-facing home features a projecting front portion that resembles the prow of a ship with a wall of windows—a signature design style found in scenic and mountain areas. Tucked among the pines of the San Bernardino National Forest, this two-bed, two-bath home is just 5 minutes to the Lake and quaint Lake Arrowhead Village. 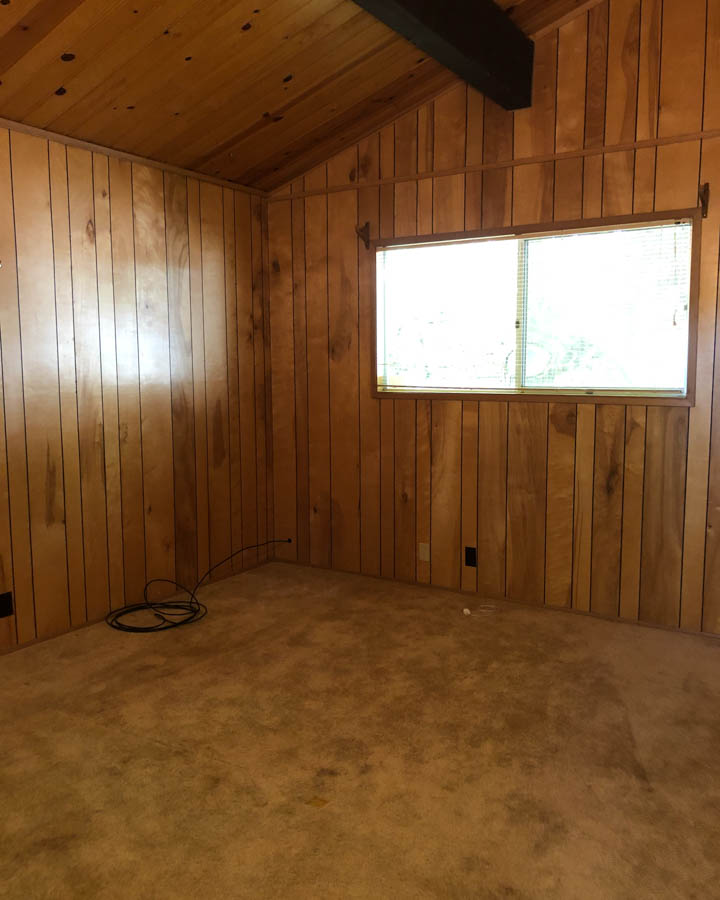 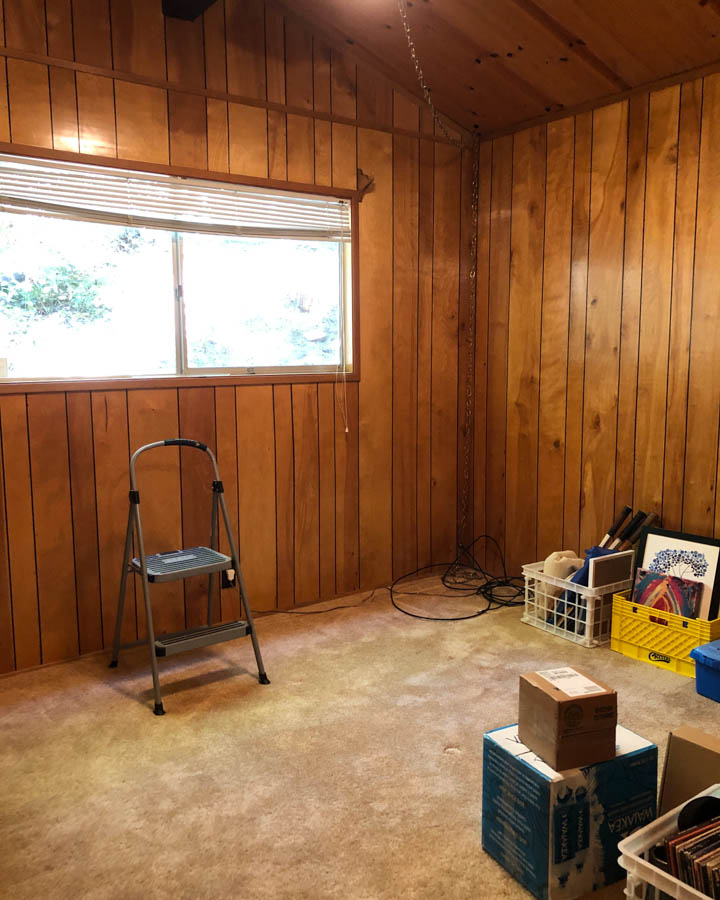 What was once a dull, yolky yellow and wood-paneled interior has been transformed. With Igloo (DEW379) throughout the upstairs living, kitchen and bedroom areas, the space is now bright and airy, allowing the tongue and groove ceilings to pop in contrast against the crisp-white walls. The kitchen’s colorful transformation is another one of the home’s focal points. The cabinetry and beadboard backsplash have been painted in Navy Teal (DE5832), whose watery tones appear more navy throughout the morning and transform to a lighter teal as the kitchen becomes awash with dappled golden light in the afternoons and evenings. 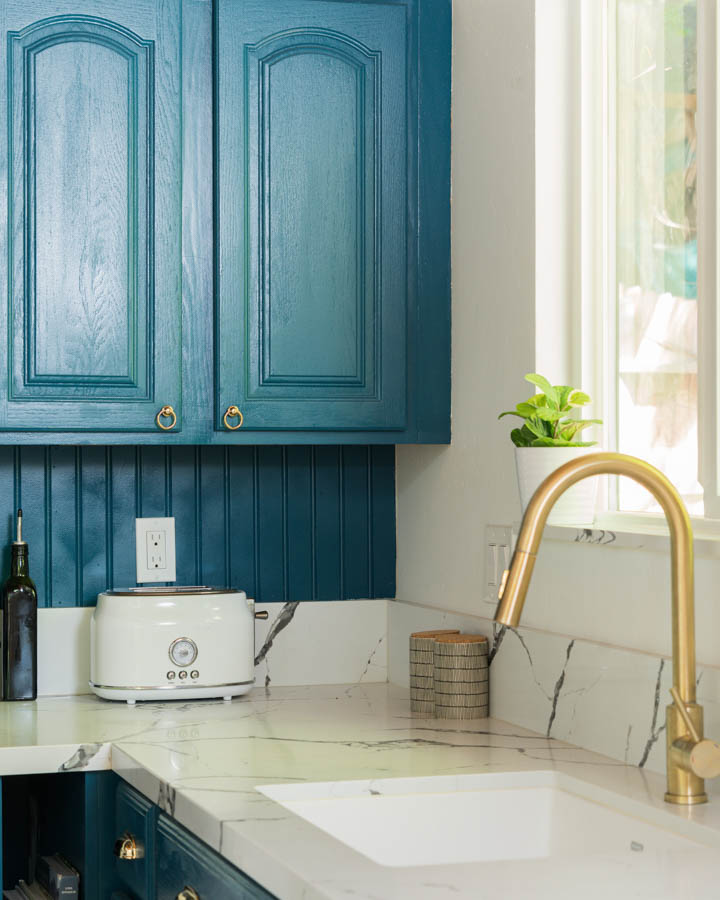 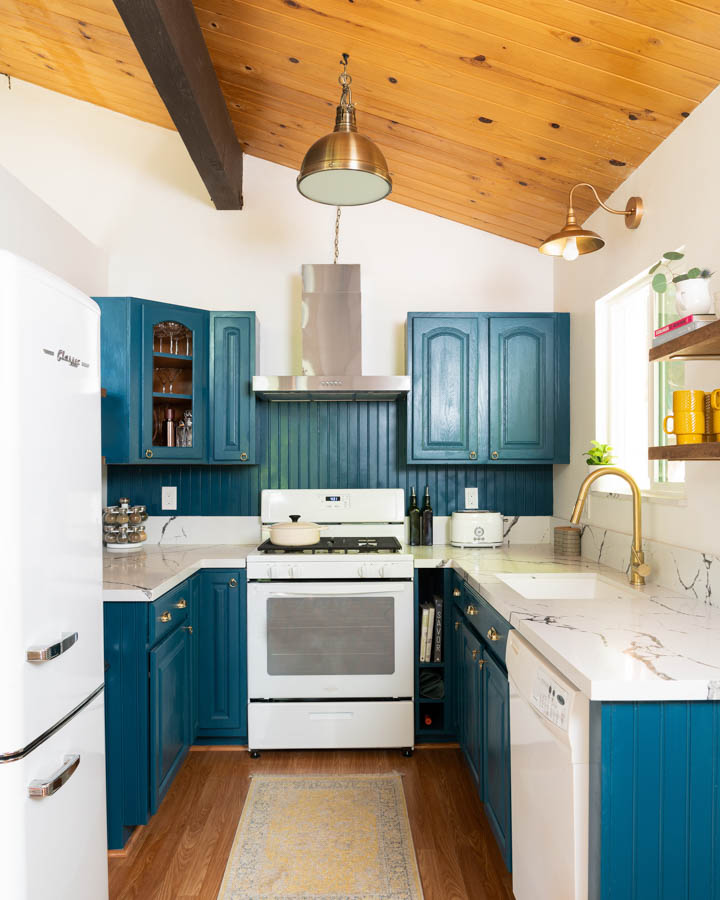 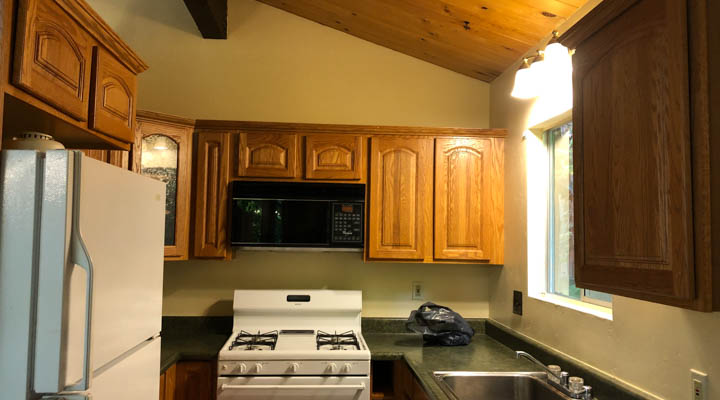 Downstairs, Mervis has curated the home’s ‘Green Room,’ a lounge and game room inspired by lounge
spaces in iconic social clubs throughout history. “Dill Pickle was this great, rich color to facilitate that vibe.”
In addition to the color, the room’s concept began with a set of four vintage tennis racquets, which quickly grew to become the installation on the room’s back wall. “Two of the racquets are my dad’s that he played with in high school; the other two are from my father-in-law. We wanted to make a statement piece with them,” says Mervis. 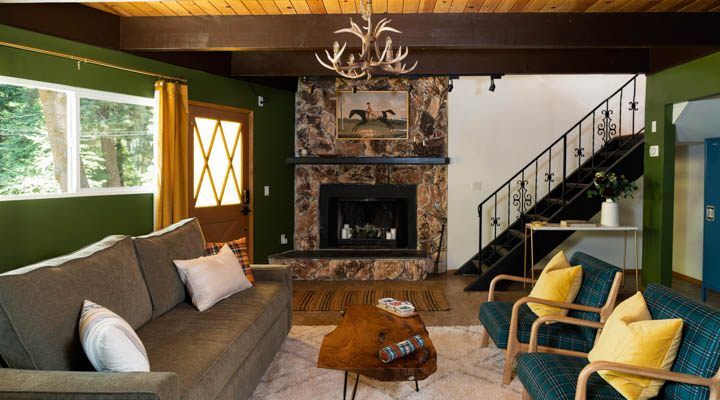 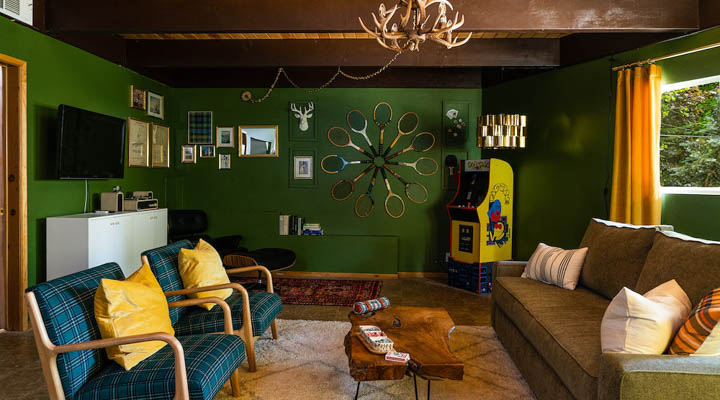 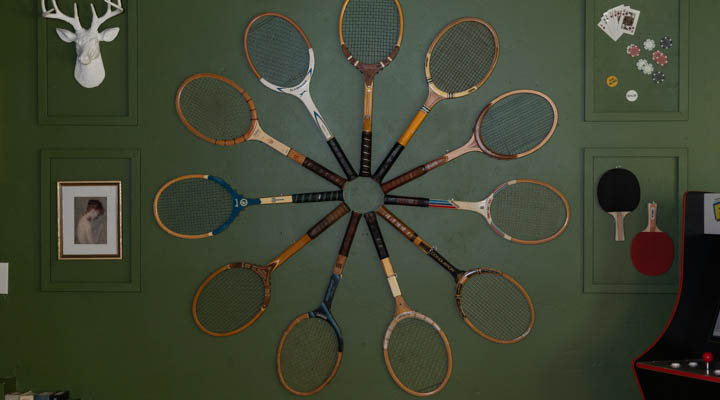 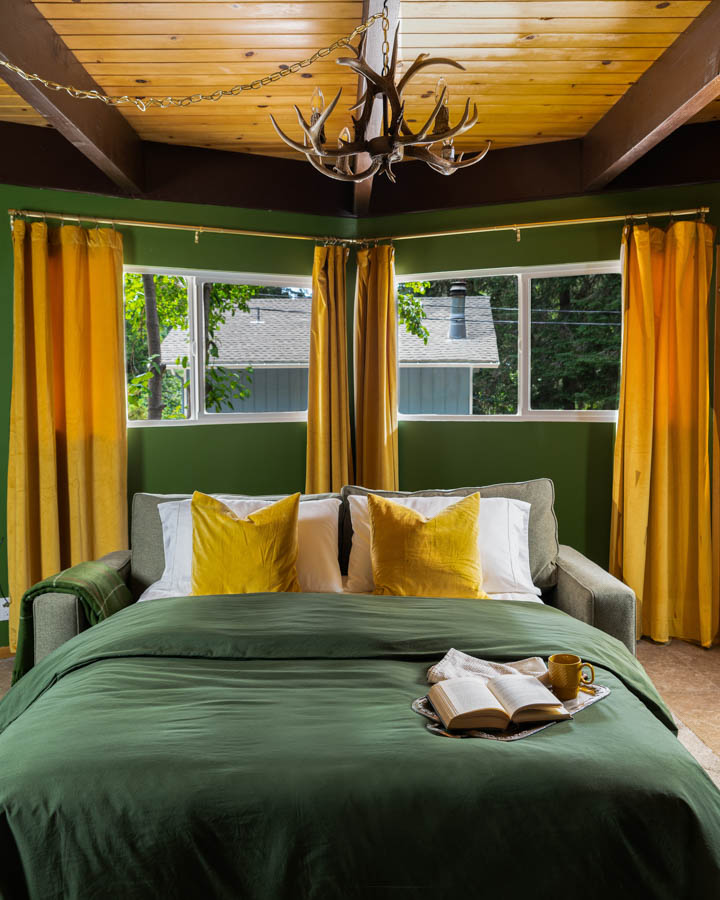 In the Green Room’s adjoining bathroom, a custom hand-painted 1970s-style supergraphic delivers a 'wow' moment that translates both on camera and in person. “One of my favorite things to do is to view a room or a corridor through its doorway. It adds dimension and context and elevates an otherwise oft-overlooked aspect of a space. You see the supergraphic piquing out when you’re in the Green Room and are instantly drawn to it,” she explains. 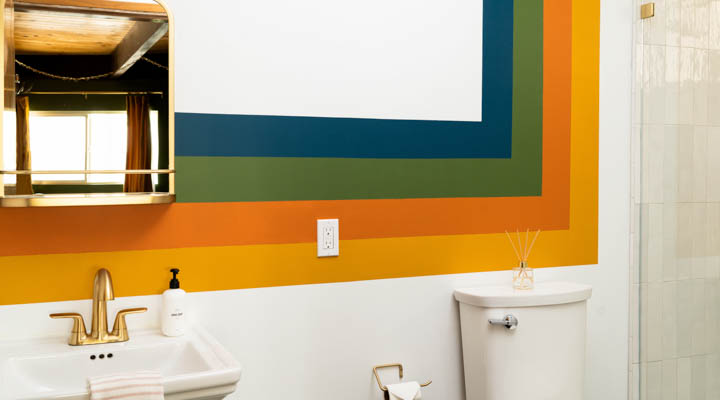 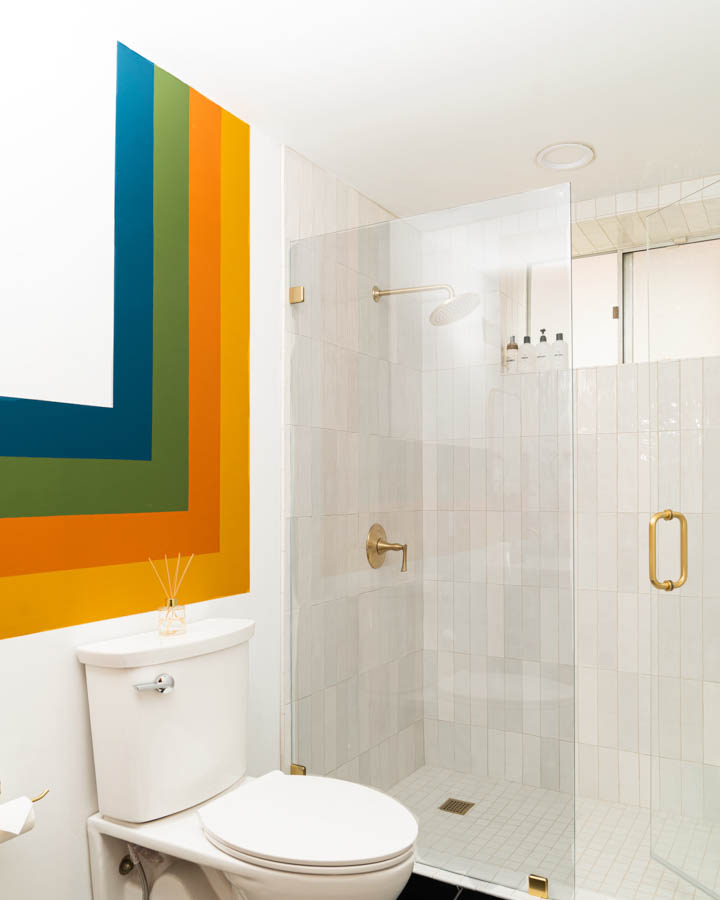 The home’s exterior was previously a smattering of several different colors, notes Mervis. To refresh and modernize the house, an exterior palette of Salem Black (DE6343) and Vegetation (DE5676) were chosen. 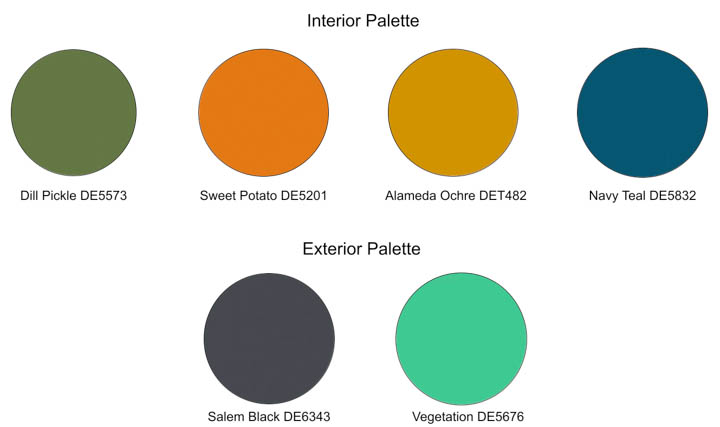 To see more of Lekker House Pines or to plan a visit, click here. Or to see how Mervis utilized Dunn-Edwards paints to transform a 1950s desert homestead cabin, click here.

All photography by Marni Mervis