Joshua Tree has long been the retreat du jour for artists and professionals looking to escape into the dramatic and quiet expanse of its accessible Mojave Desert. Just outside town sits Lekker House JT, a freshly renovated and design-forward two-bedroom cabin owned and styled by interior photographer Marni Epstein-Mervis, founder of LA-based STRUKTR Studios. 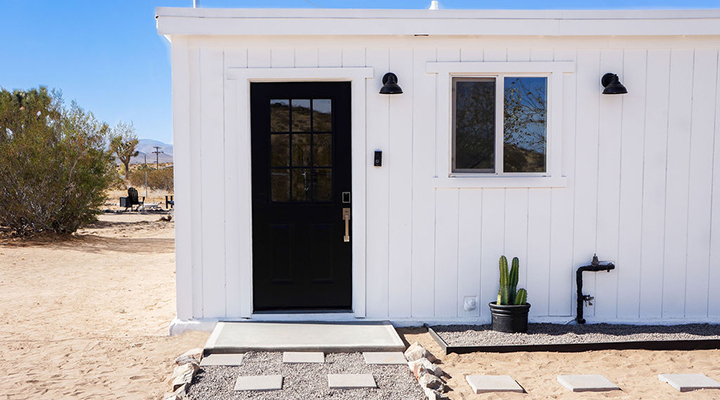 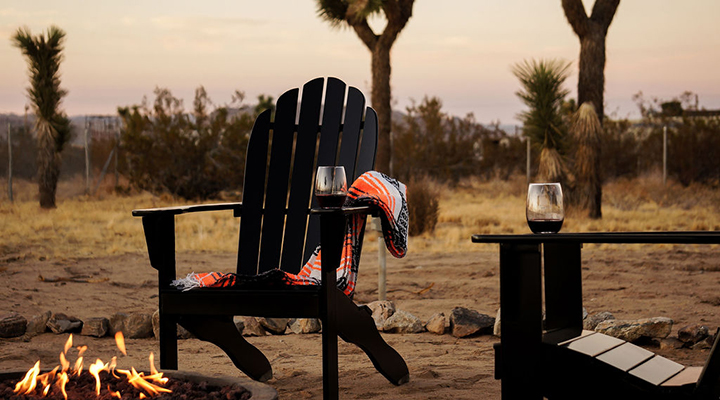 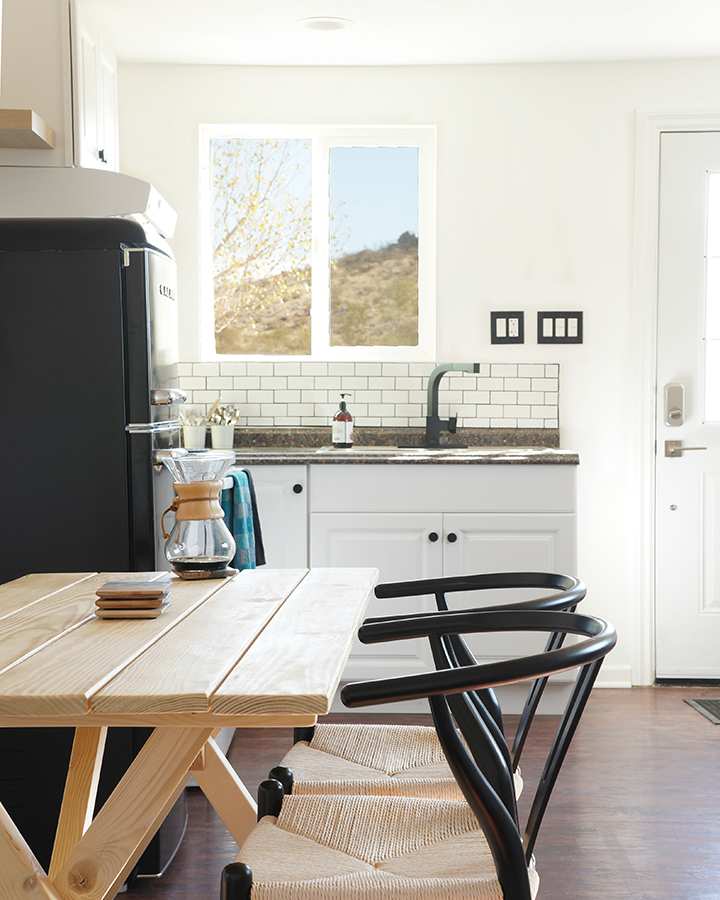 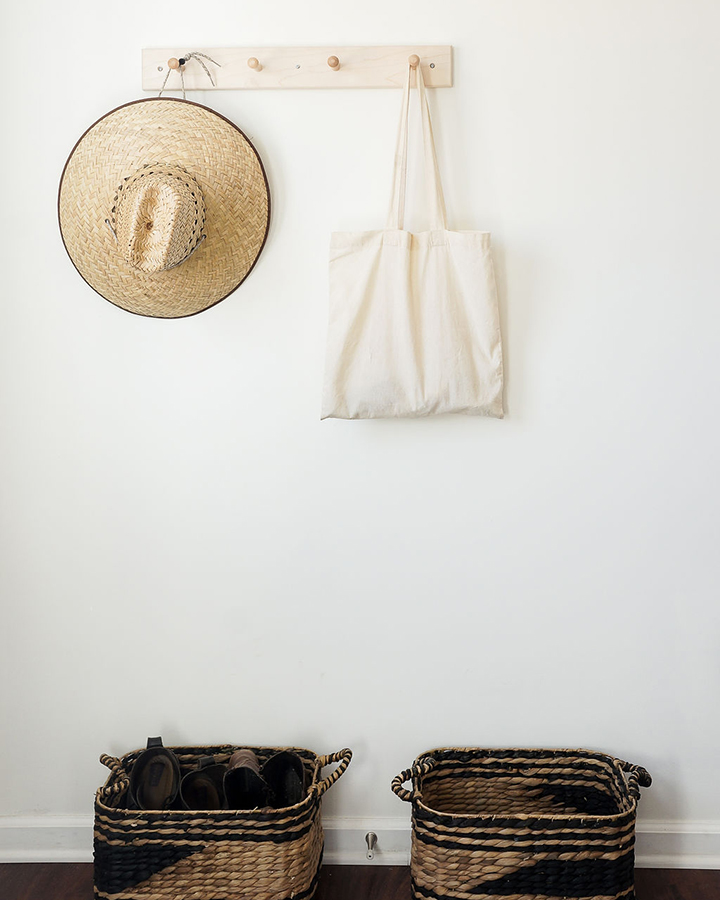 Epstein-Mervis and her husband closed on the cabin in the dog days of summer and immediately set to work painting the home’s inside, while professional painters tackled the exterior. “It’s never ideal to work on a house in 100-degree heat but it was a fun first project to do together in our first house,” she said. 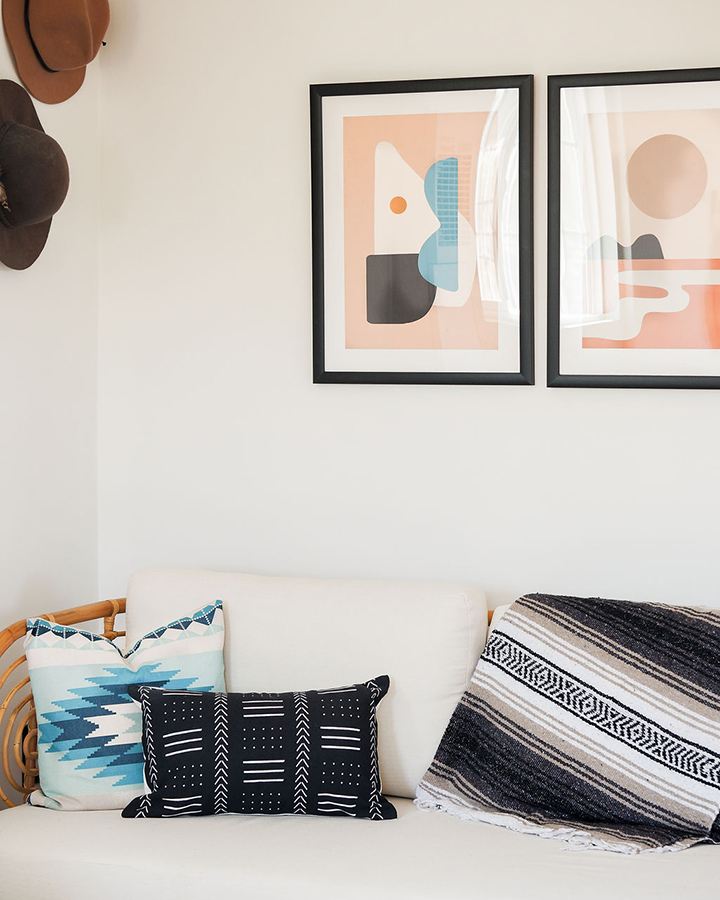 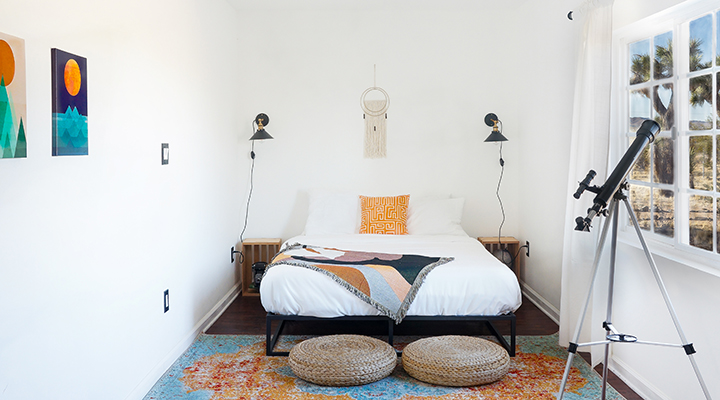 Task No.1 was to update the ho-hum brown exterior, which read very “country” to a chic jet black. Before doing so Epstein-Mervis reached out to Dunn-Edwards’ color expert and specs+spaces Editor Sara McLean for a second opinion. “Sara explained just how drastically things like a house’s internal temperature and its upkeep can be influenced by its exterior color,” Epstein-Mervis said, so she nixed the idea of black for her desert house, opting instead for a crisp flat Warm White (DEW380) on the exterior and softer white Whisper (DEW340) inside. 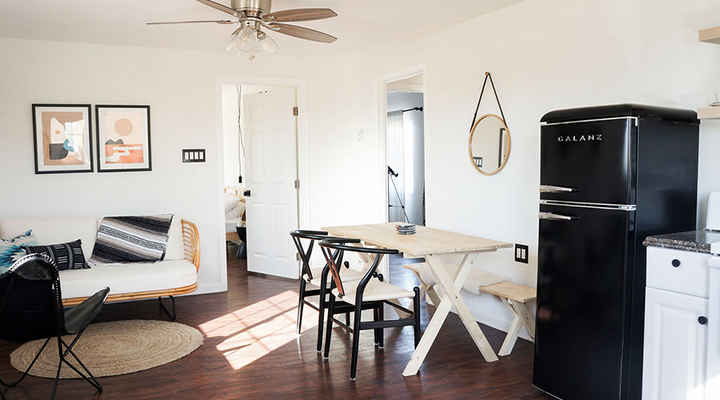 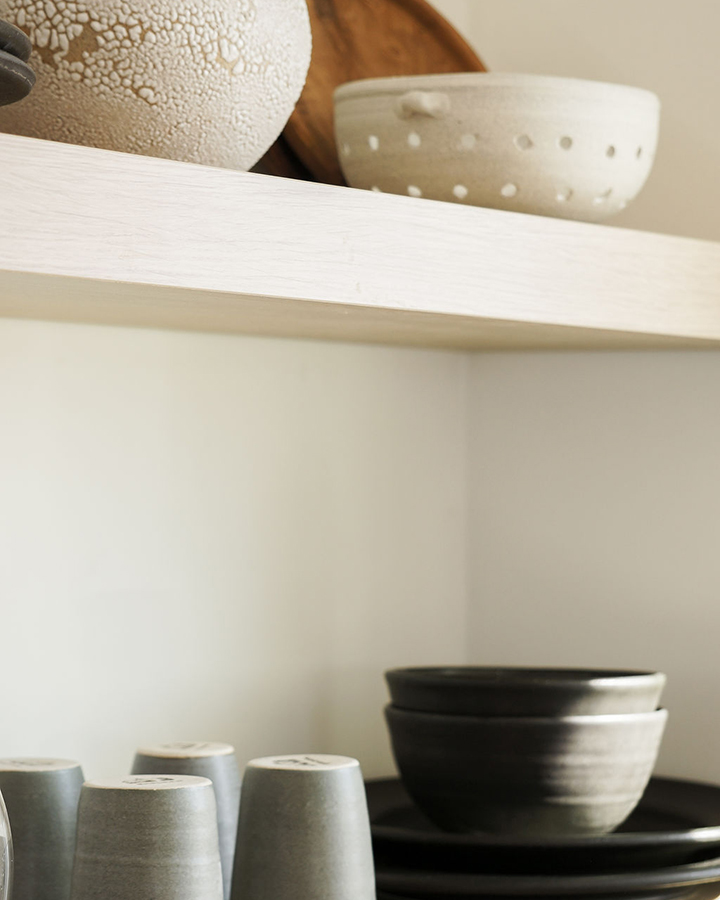 She didn’t give up on black entirely though, using Black (DEA002) in semi-gloss on the front door and adding black accents throughout in faucets, hardware and lighting. “We started with a base of black and white and then looked to South Africa’s natural landscapes: the vivid, fiery sunsets of Madikwe, the deep turquoise blues of the Indian and Atlantic oceans, the sandy warm butterscotches of the Great Karoo desert. We also weaved in different textiles and materials that give a nod to South Africa.” The couple added landscaping to the front of the property to better merge the home with its 2.5-acre environment, as well as adding a firepit area to the immediate backyard, perfect for stargazing and catching desert sunsets. And after the home was painted, Epstein-Mervis felt a pop of color was needed in the cabin’s yoga room. She taped off a geometric “craggy mountainous shape,” referencing nearby Goat Mountain (which Lekker House JT has views onto) and Cape Town’s 12 Apostles, painting the shape blue in an oceanic-inspired Raging Tide (DE5809). 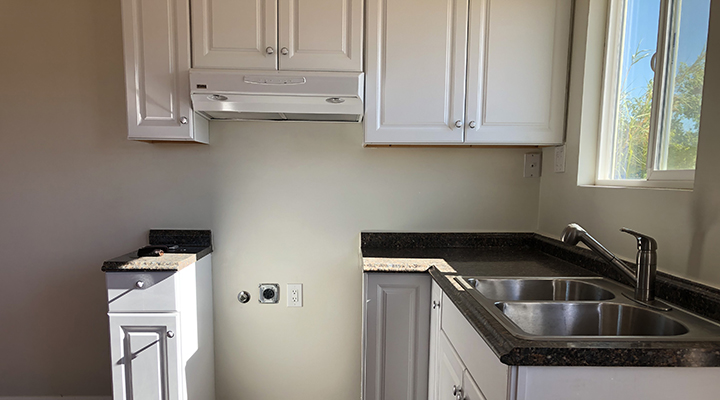 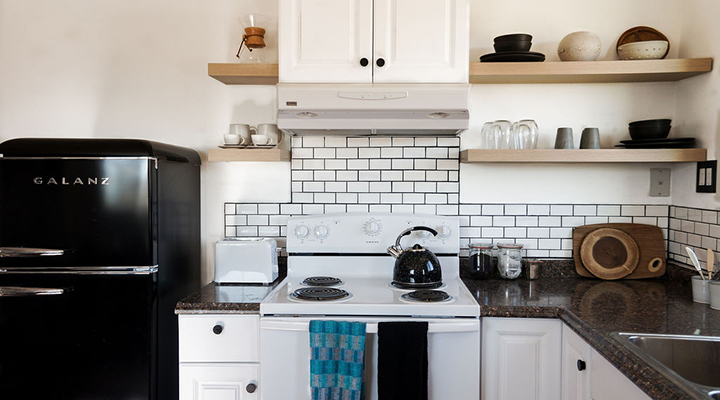 The home features original photography from Epstein-Mervis and serves as a retreat for the Epstein-Mervis family. And, when they’re not in the desert, Lekker House JT is available to book through RentByOwner.

All images by Marni Epstein-Mervis The Relevance of Pink Throughout Design
﻿