As we move forward toward the end of 2022 and into another winter season, we’re reexamining a trend we highlighted back at the beginning of this year: From the French meaning ‘after,’ Après Ski is the 1970s and ’80s vintage-inspired chalet-chic style, which started trending recently throughout cultural reference points, from fashion to interiors. The release of the film House of Gucci and its featuring of chic 1980s chalet life helped propel this trend forward; it was also reinforced by the occurrence of the world’s most recent Winter Olympics, which took place in February of this year. 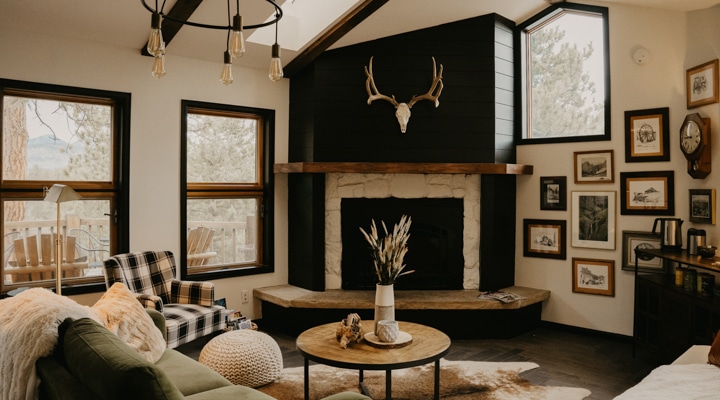 Since our first inkling of this retro, slope-inspired trend in our Winter Color Crush, we’ve been keeping an eye on things, particularly as the temperatures once again begin to drop. And after coming out of a sweltering-hot summer with heat domes and record temperatures across the world, it’s no wonder the embrace of this cool-as-ice après ski style is no flash in the pan. We see this trend continuing through at least the end of the 2023 winter season. 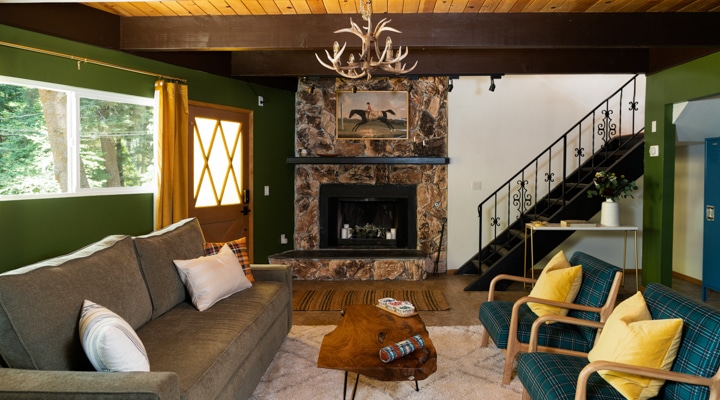 The pandemic has played a backdrop to an increased interest in mountain towns. As Mansion  Global recently noted, this trend has not slowed. In fact, while popular ski destinations have, of course, attracted more attention, the interest and home prices in more under-the-radar ski destinations also remains elevated. We’ve seen the Après Ski aesthetic play out in smaller California mountain communities, such as Lake Arrowhead and Idyllwild. The 1970s are indeed back, according to Architectural Digest and H&M, who are both highlighting the emergence of the era’s ‘blob décor,’ seen in many items from sofas to stoneware. And then, of course, there’s also AD’s feature on the kinds of cozy cabins that will have you clamoring for a forested getaway. This collision we’re seeing of retro décor and cabin design brings Après Ski style to the forefront of interiors. 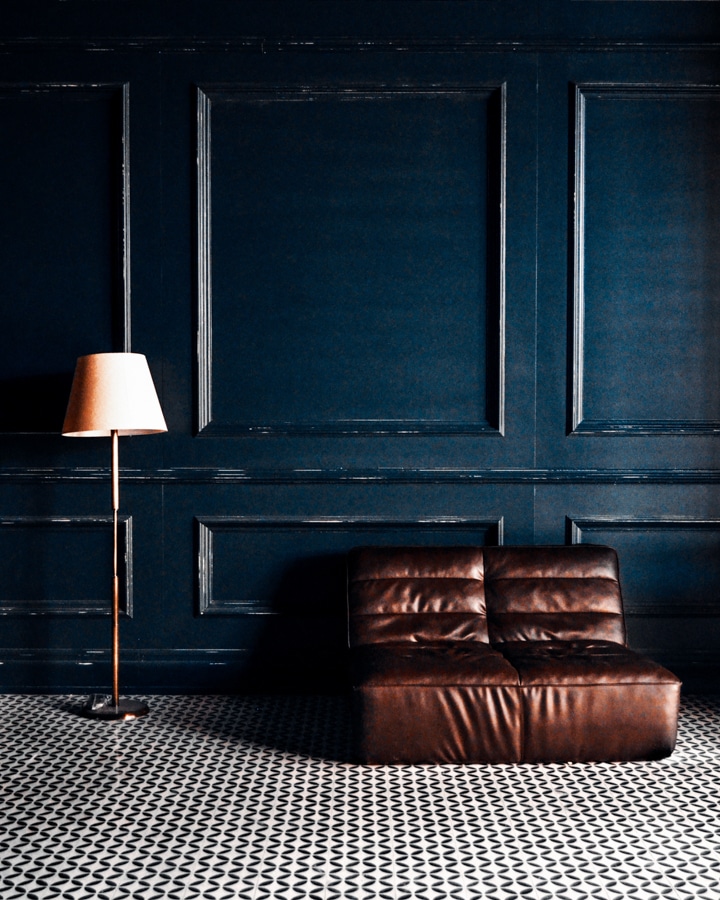 In its most recent outlook for Winter 2022-2023, Elle points to Swiss Alps-inspired athleisure fashion for whether you’re hitting the slopes or the sofa. 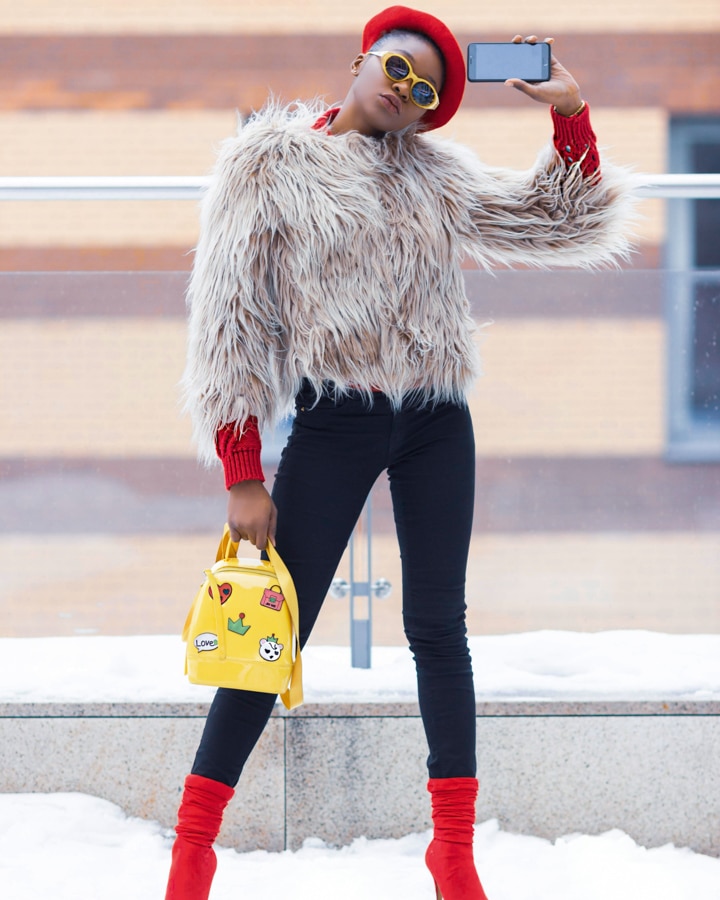 Everything 1980s is new again. We mentioned above that the 1980s style in House of Gucci helped ignite the Après Ski trend and, in fact, the 1980s are trending across media more than ever this year. It may be 2022, but it sure looks and sounds a lot like 1982 or ’84 or ’86 out there. For instance, Kate Bush’s 1985 release Running up That Hill took over radio stations and climbed music charts this past summer. The song hit #4 on the Billboard Hot 100 chart nearly 40 years after its initial release, thanks to an appearance in the Netflix series Stranger Things. And let’s not forget this past summer’s (and the year’s) hottest movie, Top Gun: Maverick (a sequel to the 1986 film Top Gun), which tallied a whopping $1.355 billion at the box office. With an infatuation for seemingly all things ’80s these days, it’s easy to see the appeal of a 1980s-inspired aesthetic, as well. 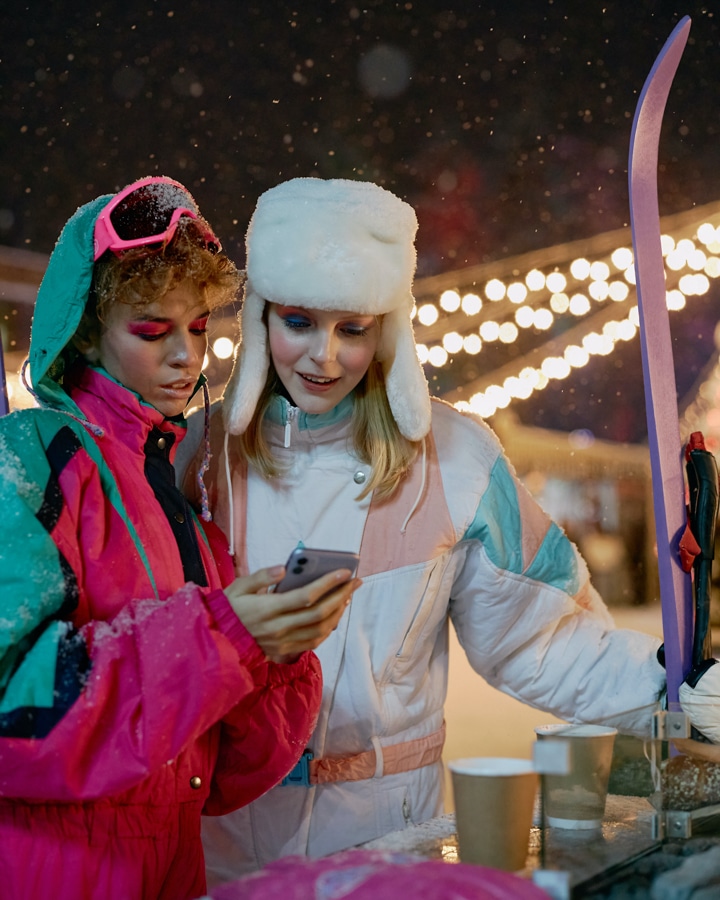