The California Craftsman – Past and Present

The Craftsman Home, which peaked in popularity during the 1920's, expressed the Arts and Crafts style ideals through its architecture, design, furniture and decorative arts, especially in the popular and affordable middle-class Bungalow. Originally, most craftsman homes were constructed from house plans published in Gustav Stickley's magazine “The Craftsman “(published between 1901 and 1916) or sold through his catalogs. The magazine promoted the ideals of the Arts and Crafts Movement with articles, how-to plans and advertising, and quickly became a staple of homebuilding in America. 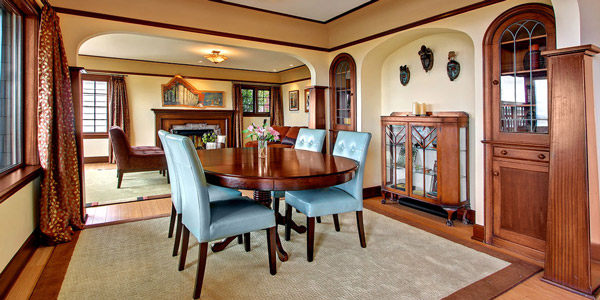 Some of the first true Craftsman homes, like the Gamble House by Greene & Greene, were built in Southern California, with their open floor plan and earth-hugging horizontal profile being ideally suited for California's mild year-round climate. The homes were heavily influenced by the architecture of the Spanish mission buildings but also the Japanese aesthetic, striving for “honesty of design", doubling as works of art as well as functional living spaces. 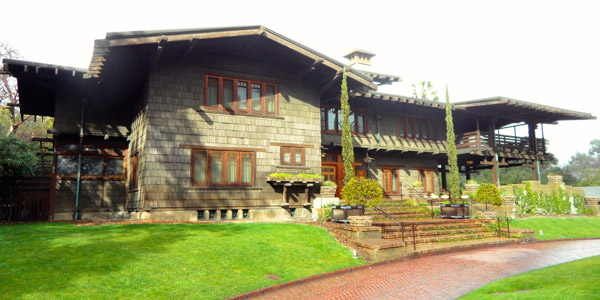 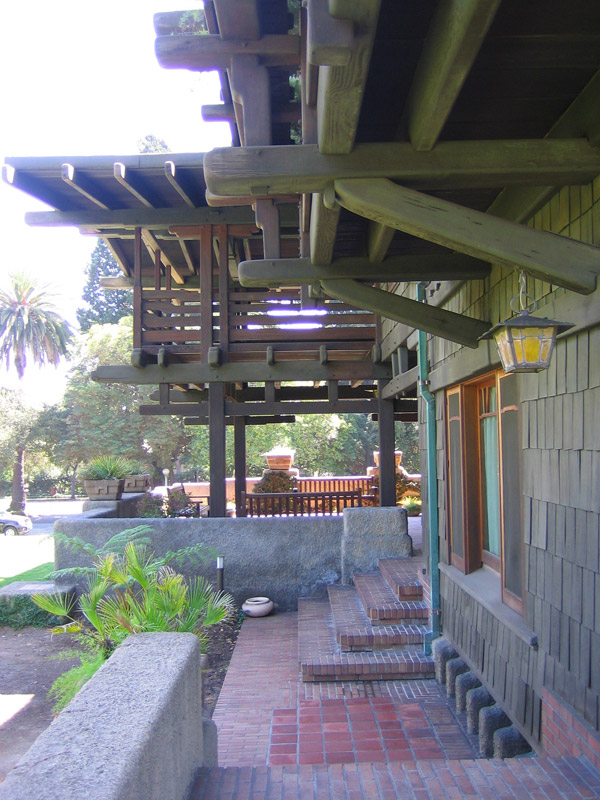 Today we are enjoying what is often called an “Arts and Crafts revival", due to the movement's simplicity of style and connectivity with its surroundings -- both natural and manmade. This has paved the way for numerous architectural firms specializing in newly designed craftsman homes. Each design incorporates similar interior features such as open floor plans, beamed ceilings, an abundance of woodwork and windows, stained and leaded glass, built-in bookcases or cabinetry, and of course, the fireplace as the dominant focal point of the living space. The overall effect is enveloping, yet open. The rich wood and simple hearth convey coziness while the numerous windows flood the interior rooms with natural light, thus bringing the outdoors into the home. 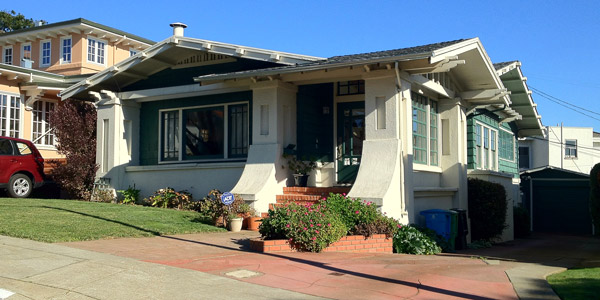 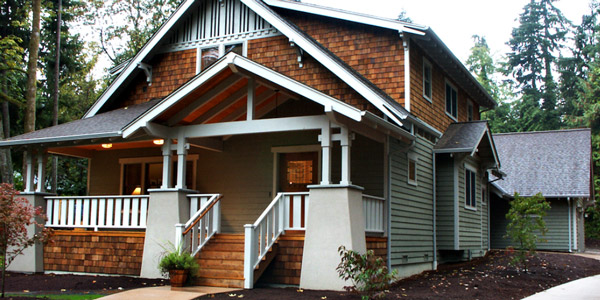 For the exterior, Craftsman Homes use materials that are left as close as possible to their natural state. Cobblestones are used in foundations and broad chimneys while the rest of the homes are constructed of wood or often shingles in a natural shade of brown. Characteristically, they possess broad, low gable or hip roofs, usually with one or two large front dormers, wide eaves with exposed rafters and brackets (actually called “corbels") under the eaves. Large, open front porches are supported by heavy masonry or wood tapered piers, acting as an outdoor living room fully integrated into the house. Windows are abundant and distinctive, comprising of “4 over 1" (4 panes in the upper sash to one pane in the lower sash) or “6 over 1" double-hung. Great emphasis is given to the front door, which is in harmony with the overall designs of the house and acts as a “ceremonial" entry. It usually opens directly into the living room, which in turn is connected to the dining room. Craftsman Homes are often painted in a nature-inspired palette of browns and greens to help the low-profile bungalows blend pleasingly with their surroundings. Despite the mostly muted palettes, one or two contrasting colors are typically used to highlight architectural features like trim or decorative supports. 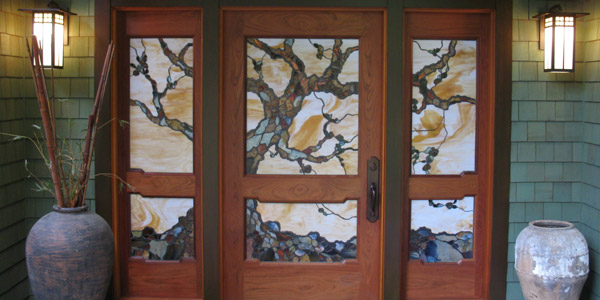 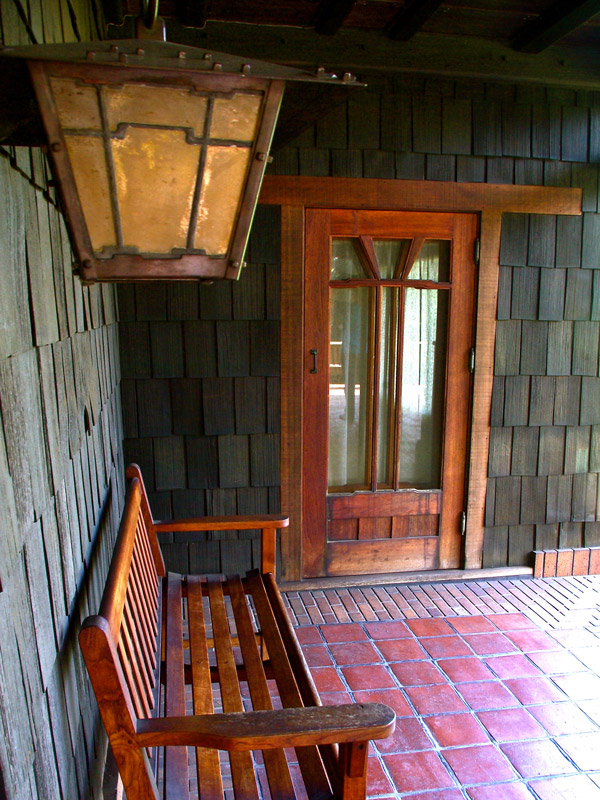 This is also enjoying a modest resurgence as “green" builders come to realize the sustainable characteristics of Craftsman Design. The houses are very efficient to heat, often designed so that the upstairs and downstairs are distinct heating zones separated by a door at the top or bottom of the stairs. The downstairs is heated by day, and upstairs at night. There are also usually a large number of double hung windows, which makes it possible to completely ventilate the house on cool summer evenings for sleeping comfort. 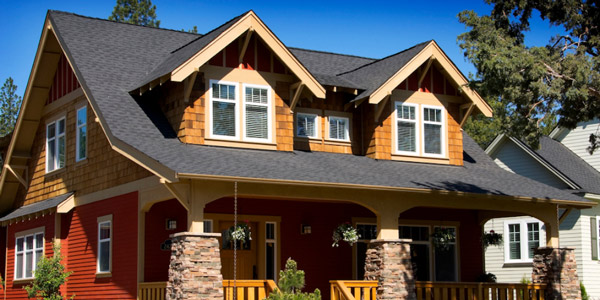 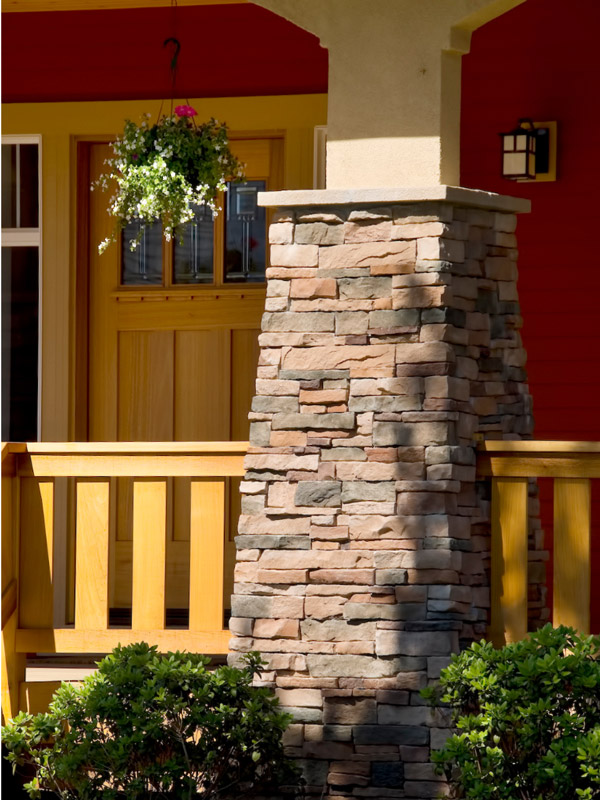 The American Craftsman Style is here to stay as a permanent part of our culture. The idea of harmony with nature on a physical and transcendental level will continue to inspire designers and architects alike, evolving and adapting to life in our 21st century.

All images used with permission. 7 Unique Colors to Transform Your Nursery This TikTok Color Trend Has the Design World Divided