Recently, Los Angeles brewery Angel City Brewery hosted ‘Merica Fest, its annual Independence Day celebration. The event, which paid tribute to America, featured well, beer, as well as food, along with live music and live art. Guests could watch a muralist, along with other painters, create art live to be displayed at Angel City Brewery. The artists worked on their pieces from start to finish throughout the eight hour event. 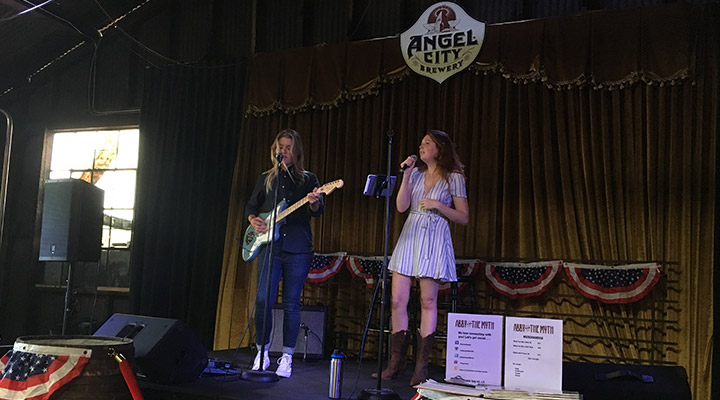 Abby and the Myth perform at ‘Merica Fest

Dunn-Edwards was proud to help bring the live art portion of the festivities to life, collaborating with ArtShare LA and Angel City Brewery for the experience. Muralist Robert Lebsack, ArtShare member and partner at Chance Artworks, worked exclusively with Dunn-Edwards to create his mural for the event. Lebsack, who also goes by “Chance,” said he had full creative license when it came to the mural’s concept. The only guideline was to design something in keeping with the event’s “America” theme. The artist chose to dedicate the piece to immigration. 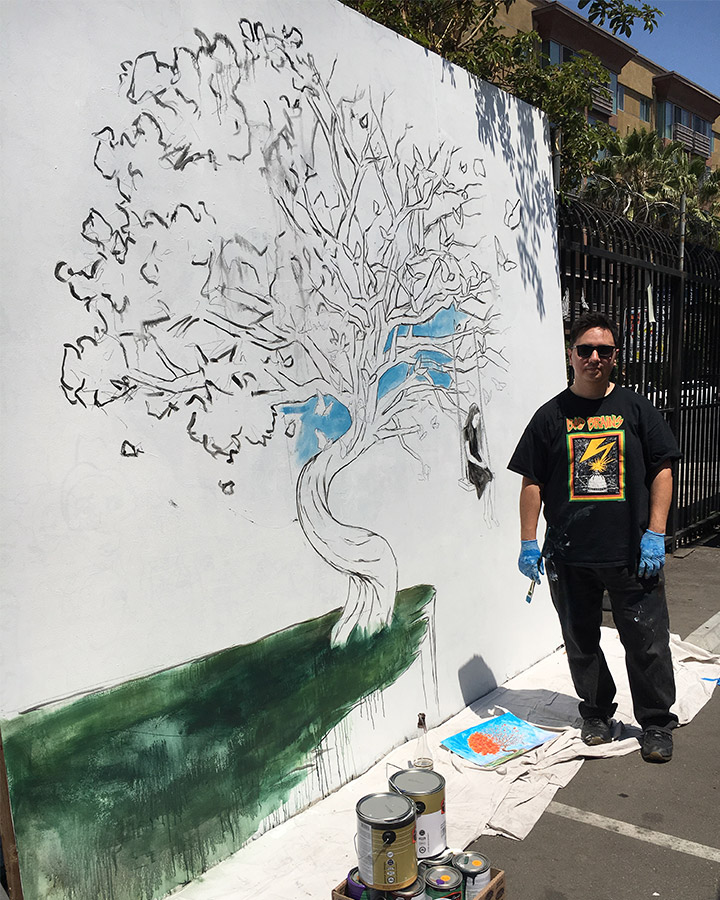 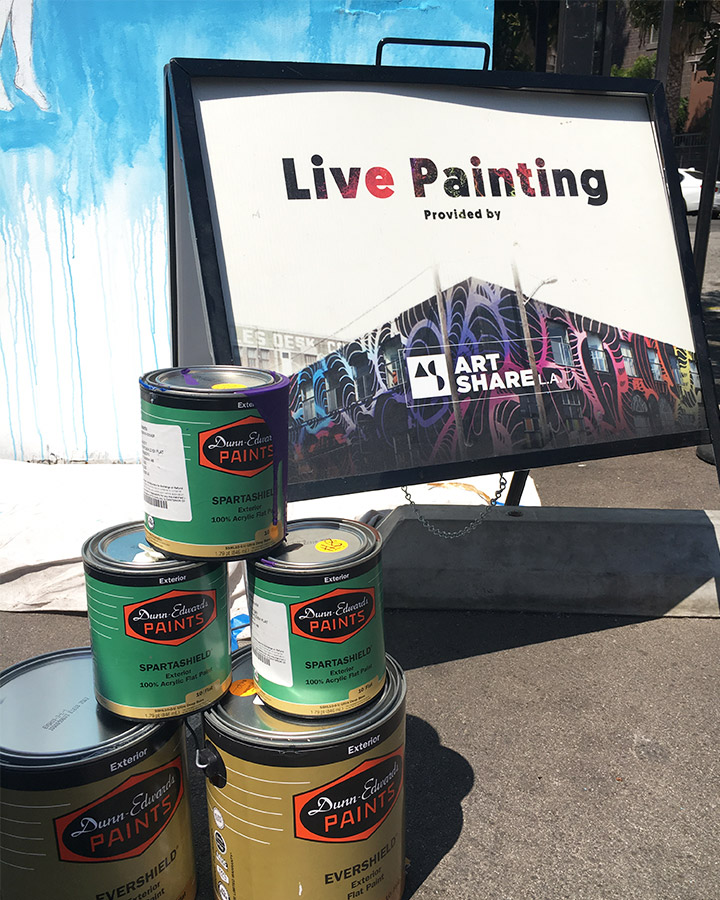 Chance’s mural depicts a winding tree whose branches turn into monarch butterflies. The artist explains, the butterflies serve as a symbol used to represent immigration. Also, in the tree, a girl sits by herself and, as Chance explains, the ground is coming out from under her. She is also surrounded by text about dreamers and immigration. “I really like that it can just be a pretty picture if you want; you don’t have to read deeper into it. If you know the symbolism, you get another level of meaning out of it,” Chance said. The muralist was excited to work with Dunn-Edwards for this project because the vibrant colors he selected work so well together, and allow him to do washes easily. When Chance works, he uses a spray bottle to dilute the paint with water, creating the wash effect seen here. “I like to use complementary colors,” he said. “The monarch butterfly (DEA115 Orange Jewel and DEA107 Hot Jazz) is really orange and really bright against the sky blue (DEA137 Deep Sapphire).” Although he’s been painting murals for around ten years now, this was Chance’s first time creating one as part of a live event. The mural will stay on display at Angel City Brewery for about a year. Additional painters in the live-art area were working on creating a few other new pieces for the brewery during the festival. Artists like Monica Dollison were commissioned to paint boards for Cornhole, the bean bag toss lawn game which often goes hand-in-hand with a cold glass of beer. Dollison, an artist who teaches a drawing workshop at ArtShare LA, says she frequently works with Dunn-Edwards. Inside the brewery’s main area, guests could see a gallery of local art which had been curated by ArtShare LA. The gallery exhibition, called "GANAS," featured artists exploring their immigration stories through their work.