Shag - the artist known to many as a symbol of a mid-century modern cool, hip lifestyle - has just released a new print in time for Palm Springs Modernism Week titled, “Primal Cuts.” With its not-so-subtle depictions of women and men interacting at a swanky party, the piece showcases the ironic behavior of hedonistic adults in a sophisticated setting. Vividly colorful, “Primal Cuts” expertly displays his sense of humor in a world of consumerism and consumption, themes he emphasizes in his distinctive works. Growing up in California, Shag, whose real name is Josh Agle, worked as a commercial illustrator and designer in the '80s and '90s, creating works from a variety of styles, though his favored style was the '60s
and '60s mod or “shag” style, which reflected his love of mid-century modern, tiki culture, Polynesian pop, cocktails and music. As he began his career as an artist, he shortened his name, taking the last two letters of his first name and first two letters of his last name, to create Shag, which has stuck to this day. 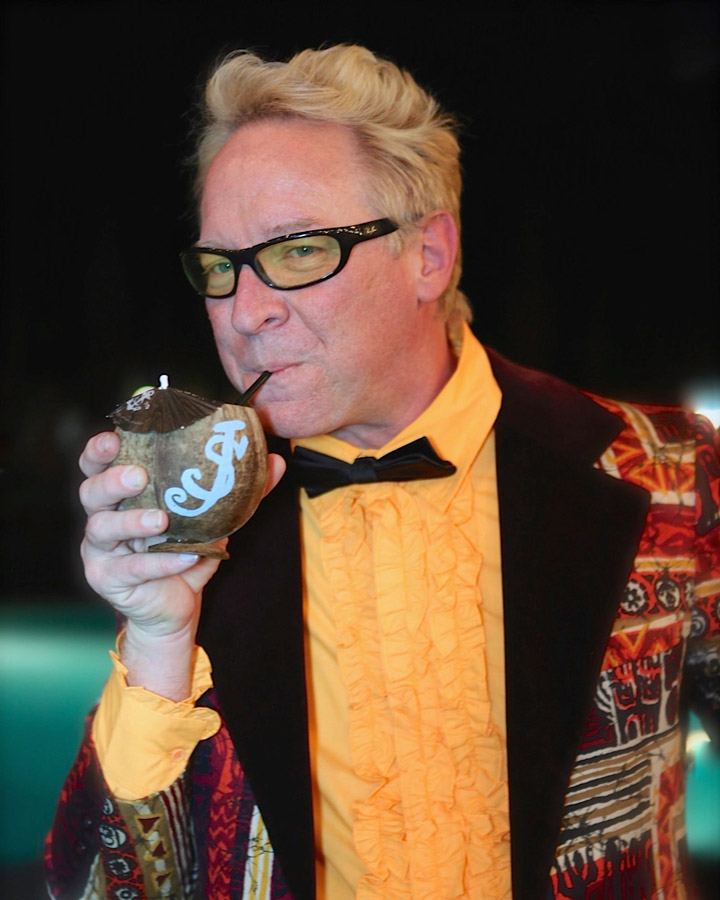 From his first solo gallery show in 1997, Shag’s work has been displayed in numerous exhibitions, museum shows and art galleries. His career as an artist has provided him enough material for hundreds of ideas throughout the many years. Beatniks and sci-fi scenes explore the fun and funky wonders of mid-century modern lifestyle, while sunny scenes of Palm Springs glamour bring out the posh side of this desert jewel. 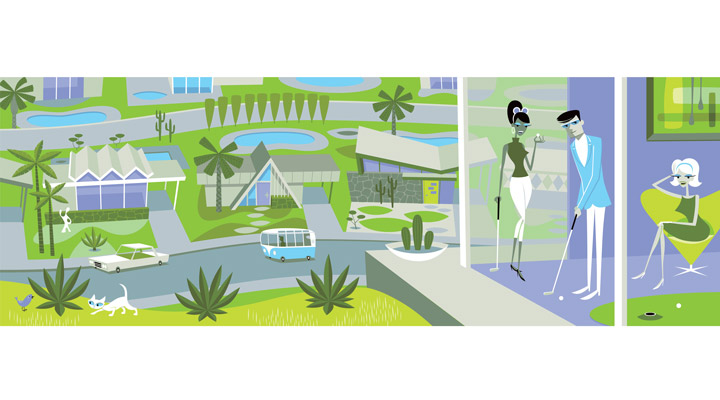 Air Up There. Shag Dunn-Edwards was fortunate to display a range of serigraphs by Shag during Modernism Week at CAMP, the central location and main pavilion for many of the events that occurred during Modernism Week. Hundreds showed their support by clamoring for a look at “Primal Cuts,” along with other works.

All images courtesy of Shag