We are pleased to bring you the next of our series in the Then, Now & Forever® historic color collection. The 20th century brought numerous opportunities to revive classic architectural styles and — in the American West — the California missions and Spanish architecture provided unique and beautiful examples to support the new Mission Revival, Spanish Colonial Revival and Pueblo Revival styles popularized from the 1880s to the 1930s. 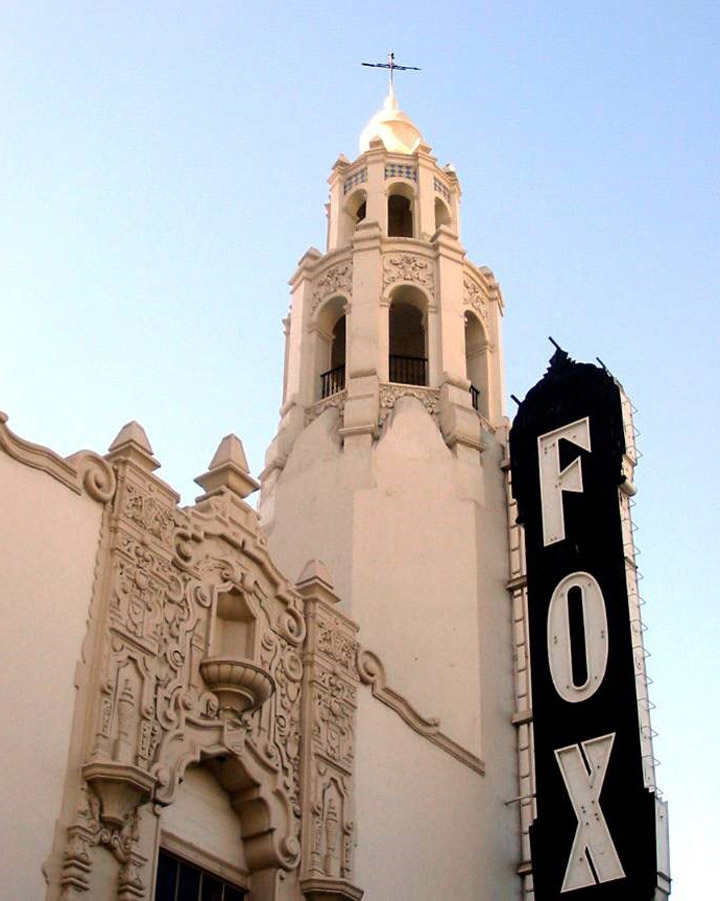 The railroads procured writings by visitors to the California missions in hopes that it would lead to greater numbers of travelers to the exotic West. These stories romanticizing the epic past of the missions, now largely abandoned after secularization, spark a new-found appreciation for their history and architecture. While the East Coast looked to its British colonial roots for design ideas, the West Coast looks to its Hispanic roots — creating the Mission Revival. Issues of the magazine Architectural Record carried watercolor paintings of Spanish buildings in several issues of the early 1900s, providing the public with exposure to the style.1 Local publications such as Sunset magazine and The Western Architect also contributed to the enthusiasm for Mission and Spanish Colonial designs.

During this time, wood-frame buildings became less popular in the West. The Mission Revival is simple and reminiscent of the original missions and vernacular adobe buildings. Design elements include roof parapets, arched windows, and the use of heavy timber in exposed roof trusses and beams. In keeping with the needs of a warm climate, wide porches provide shade, clay tile keeps floors cool and whitewashed stucco walls reduce the intensity of the hot sun. Windows on the street side of the building are small, a that was carried over from Presidio buildings of the original mission era, when windows were smaller as a means of protection and security and limited hot sun exposure to interiors. The use of a patio or central court is very common, providing a transition from the interior space to the exterior. 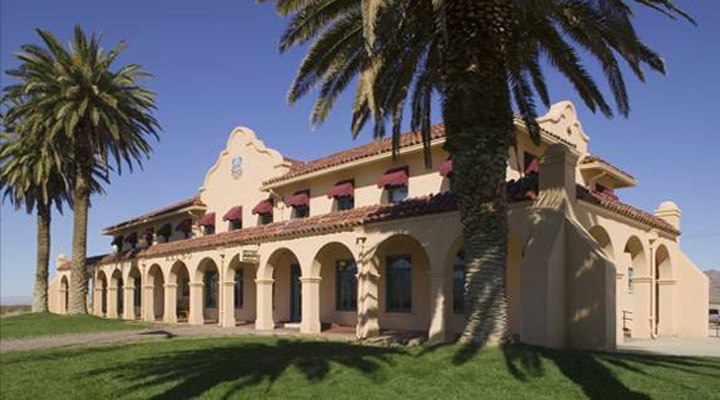 
The Spanish colonial in Mexico, shaped in part by Franciscan friars who had arrived from Spain, was influenced by the adobe buildings of the natives, Moorish architecture brought to Spain from Africa, and Aztec carvings. "The friars' models for their ambitious new conventos came from their memories of the European buildings they had lived, worshipped in and loved. The mixing of architectural styles characteristic of 16th-century Mexican religious construction resulted from those inexact memories of amateur architects. Spain, the main source of their models, was notable in the early 16th century for architectural diversity. Gothic and Renaissance styles were foreign importations and they were used in Spain alternatively or sometimes side by side in the same building, not according to a clear stylistic chronology. Both were modified by the persistence of the Mudéjar, the continued use of Moorish building techniques and the lingering affection for Moorish ornamental surfaces. Mexican buildings, deriving from memories of Spanish designs, freely mix the medieval and the Renaissance, the Moslem and the Christian, subjecting all to the sometimes subtle, sometimes readily apparent, modifications of the Indian craftsmen."2 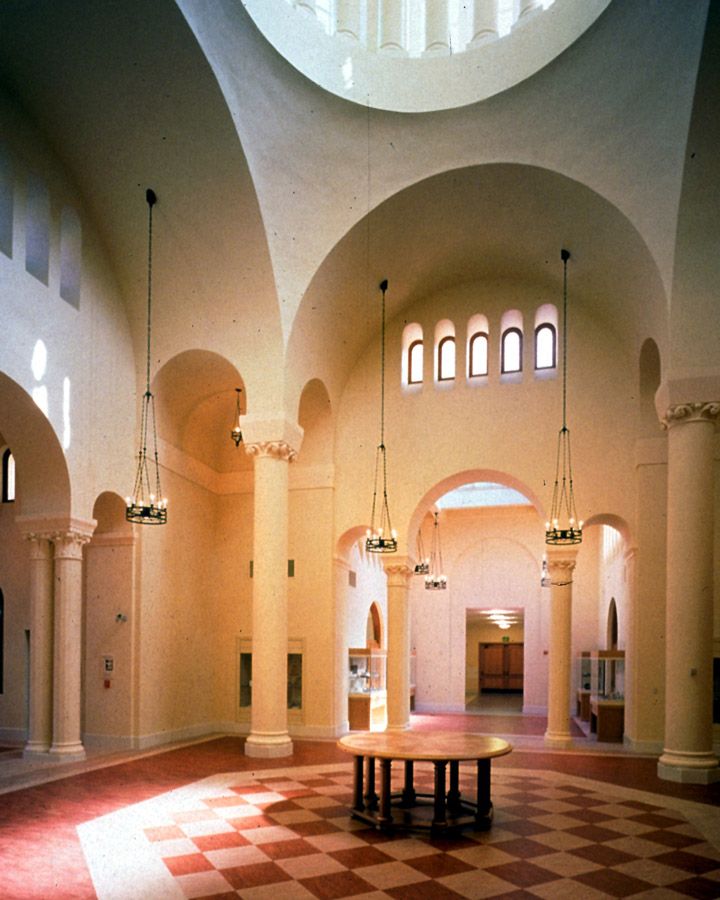 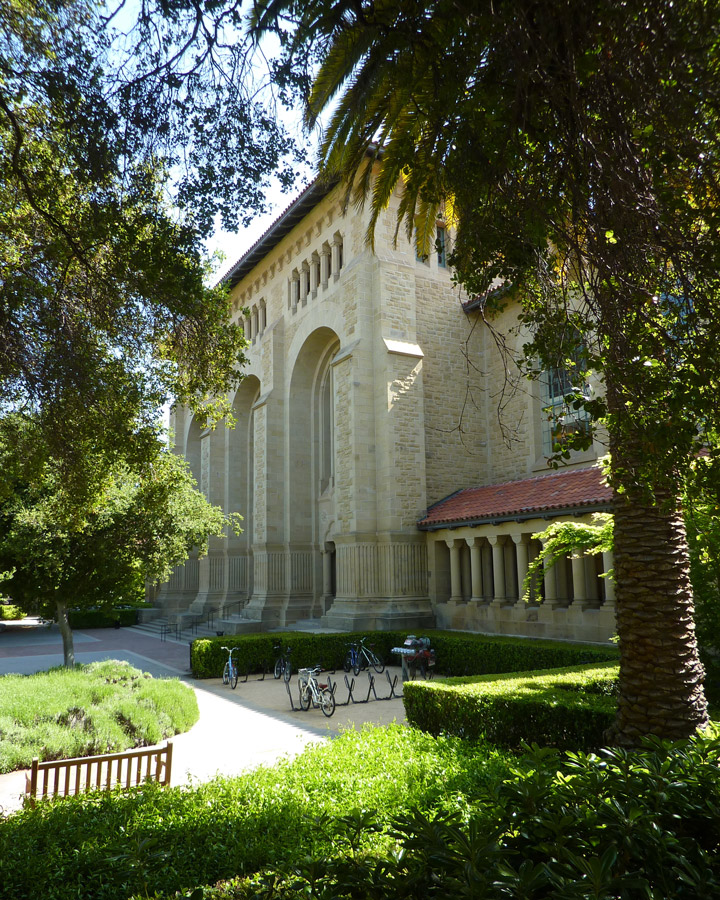 The city of San Diego, California was chosen for the site of the 1915 Panama-California Exposition during which the opening of the Panama Canal, a year earlier, was to be celebrated. As with all World's Fairs, focus was placed on the temporarily constructed display buildings. The architectural of the building was as much a part of the display as were the exhibits within. The designs "endeavored to reflect the past… and to obtain, in so far as this was possible, something of the effect of the old Spanish and Mission days and thus to link the spirit of the old seekers of the fabled Eldorado with that of the 20th century."3 The architect for the Exposition, Bertram Goodhue, directed that the primary be that of Spanish Colonial from Mexico although there were some structures built in the much simpler, though heavier, Mission style. Goodhue had traveled to Mexico and written several books about his experiences there. The design builds upon the Mission Revival, putting a focus on a particular element and the use of contrasts: simple with ornate, neutral with colorful, textured with simple. Characteristics include the use of massive decorative carvings around doorways adjacent to plain wall surfaces and the use of bright colors through the application of polychrome tiles placed next to a neutral base wall color. 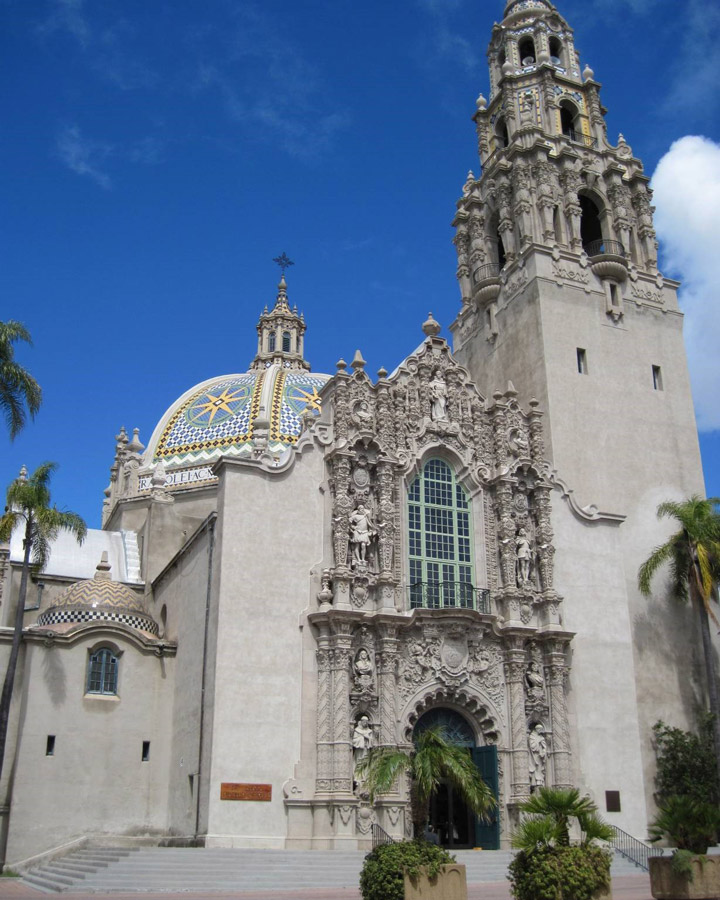 The City Beautiful movement of the late 19th century promoted the idea that a community can be planned and designed with aesthetic parameters in mind, using a single unifying architectural style. After an earthquake in 1925, the city of Santa Barbara made a conscious effort to rebuild with the Hispanic traditions in mind. The community adopted the Spanish Colonial as its "look," in keeping with the City Beautiful vision.

Arthur Byrne, architect and curator at the Hispanic Society, provided assistance in choosing furnishings for William Randolph Hearst's home (Hearst Castle), as well as Casa del Herrero, designed by architect George Washington Smith, who played a prominent role in the proliferation of this of architecture.

The Influence of Color


The California State Building at the 1915 Exposition exemplifies the Spanish Colonial Revival style. "The general color of the building is a soft, warm gray relieved by the sage-green woodwork of the windows; the bright brown of the principal doorway; and the rich colors of the high glazed tile — blue, green, yellow, jet black and white. The iron work is a deeper green."4 Many of the building domes and towers of the Exposition are tiled in bright yellow, blue and black.

Walls of Mission Revival buildings were primarily white or a neutral color, although they did sometimes receive color treatment. "Color in stucco surfaces is chiefly secured by the addition of mineral pigments, which are mixed by grinding, making available a wide variety of colors, although colored aggregates are often used."5 Toward the end of the Spanish Colonial Revival period, the addition of elaborate fired-brick ornamentation oftentimes provided subdued earthen coloring. 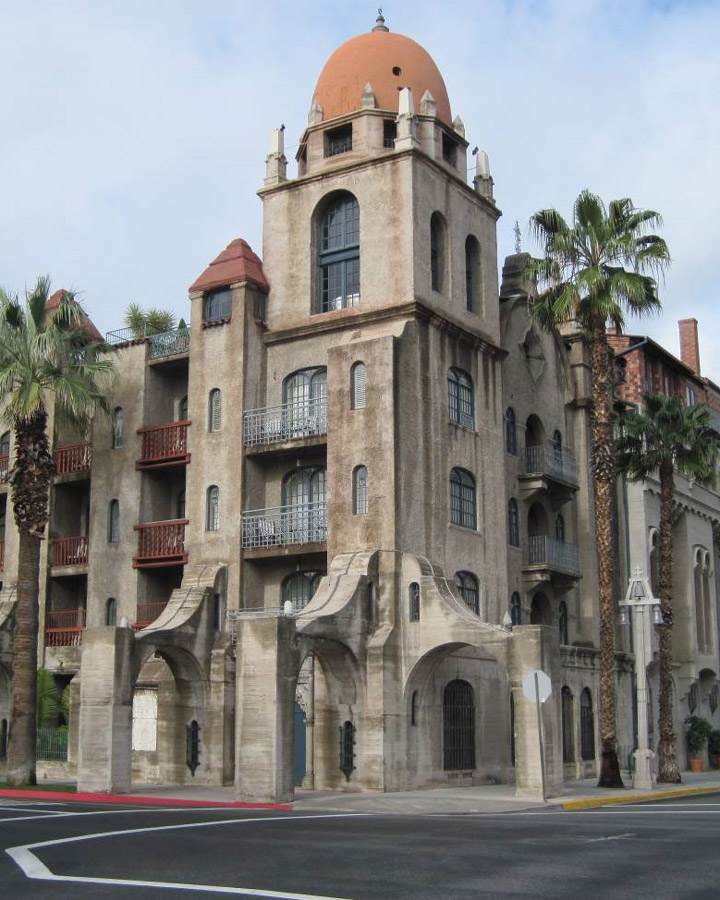 Roofing tiles were usually clay barrel tiles and were sometimes of different colors. "The individual tiles range in color from light tans to buffs through varying reds and browns to deep purplish shades."6 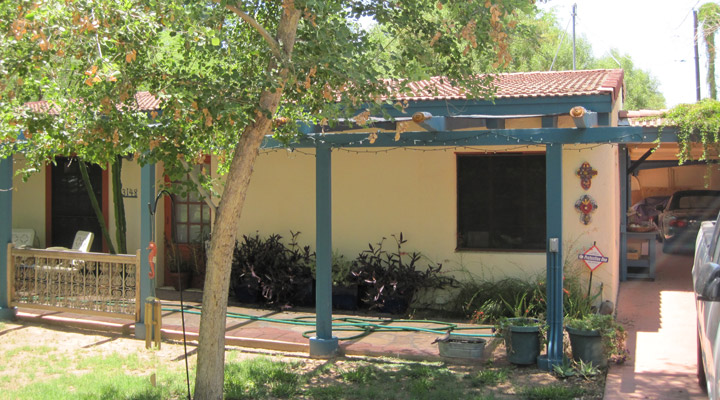 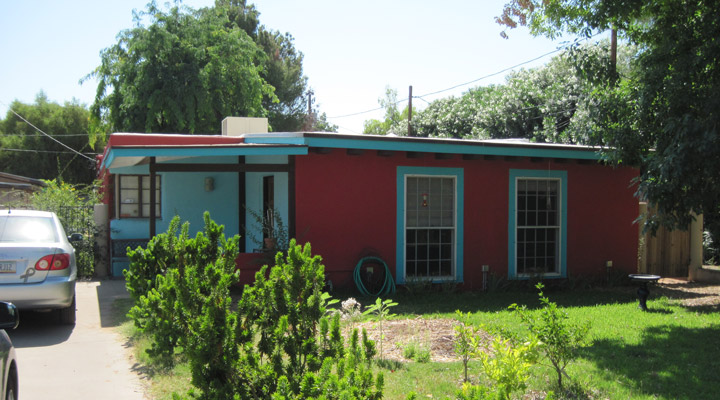 Interior walls were also kept fairly neutral with accents of bright color, primarily through the use of decorative tiles. "Crimsons and greens are constantly combined in pleasing schemes."7

In describing a Pasadena home of the Mission/Spanish Colonial Revival style, "The lines of the house are extremely simple, but pleasing; the color is the soft yellowish gray of the old adobe missions, with just a suggestion of vermilion about the windows, veranda and patio for trimming."8