The famous “Painted Ladies of San Francisco", otherwise known as “Postcard Row" or the “Seven Sisters", are a row of colorful Victorian houses located at 710–720 Steiner Street, across from Alamo Square. These Queen Anne-style homes are one of the thousands built in San Francisco during its booming growth at the end of the 19th-century. Their brightly colored edifices have become a pop culture staple, and are one of the most well-recognized examples of California Victorian architecture. 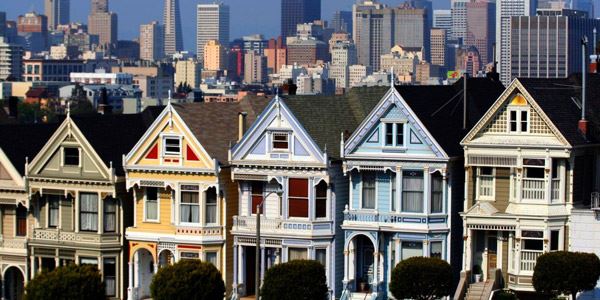 History of The Painted Ladies Houses

Although the term “Painted Ladies" was first used by writers Elizabeth Pomada and Michael Larsen in their 1978 book Painted Ladies - San Francisco's Resplendent Victorians, this style of row houses was being built beginning in the 1860's. San Francisco's Victorian building boom began after the 1849 gold rush, when the city's population swelled from 800 to 25,000 in a year. With the new arrivals came rising demand for new housing. During the 1860s and 1870s, these homes were built in the Queen Anne style, and were originally painted a chalky white to disguise their redwood structure and resemble stone. While many of the mansions of Nob Hill were destroyed by the 1906 San Francisco Earthquake, thousands of the mass-produced, more modest houses survived in the western and southern neighborhoods of the city.

In 1963, San Francisco artist Butch Kardum and a band of “colourists", as they came to be called, began experimenting with vivid colors on the façades of these Victorian houses – from lime and vermilion, to gold and turquoise. By the 1970s, the colourist movement had changed entire streets and neighborhoods. The row of homes on Steiner Street is the best-known group of “Painted Ladies". The houses were built between 1892 and 1896 by developer Matthew Kavanaugh, who lived just next door. This block appears frequently in media and mass-market photographs of the city, and have appeared in over 70 movies, TV programs and ads, including most notably in the opening credits of the television series Full House. 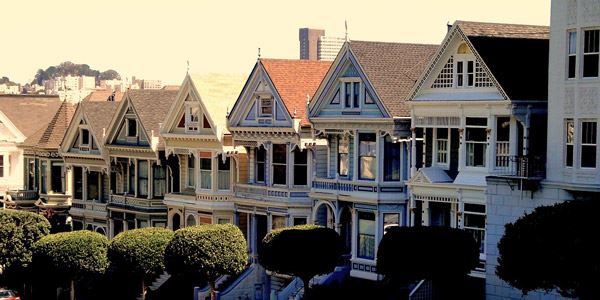 EXTERIOR FEATURES
Although each of the painted ladies boast unique colors and details, they strictly follow Queen Anne architectural style. Their distinctive features include: 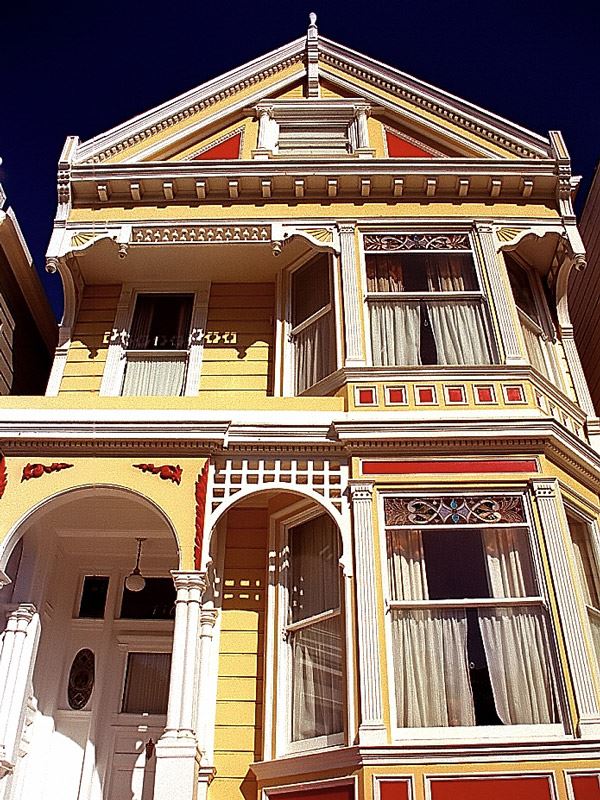 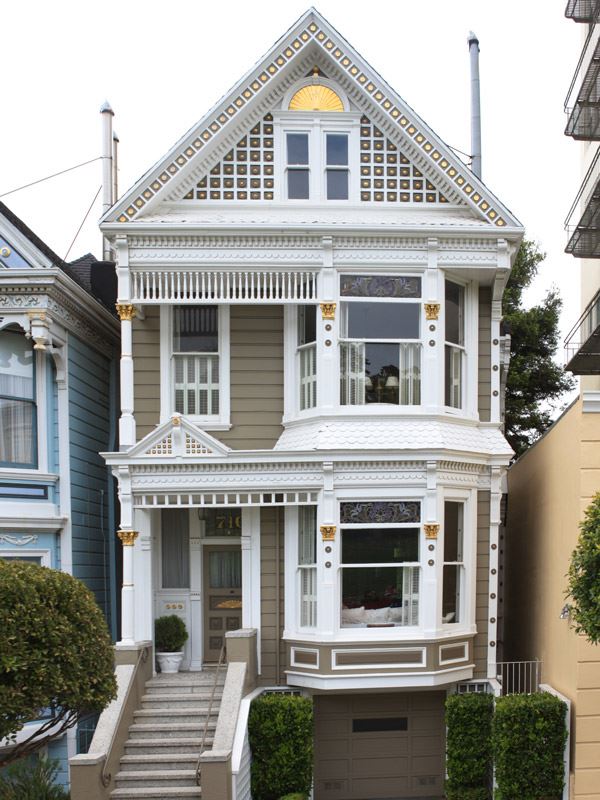 Each of the homes boast polychromal color treatment in varying hues of purple, red, yellow, blue,and green. These vibrant, pastel colors accentuate the asymmetrical facade layout and highlight the patterns and textures created by the machine cut-outs that were shipped by train to the out-lying frontier from the eastern area. The painting of the homes has evolved over the years, symbolizing both artistic expression and creative impulse.

INFLUENCE
Over the years, the "Painted Ladies" have come to symbolize San Francisco architectural traditions, and are a staple of the city's landscape. The widely popularized rebirth of San Francisco's Painted Ladies not only catalyzed the growing interest in Victorian architecture, it also helped widen the appreciation of all historic houses for decades to come. 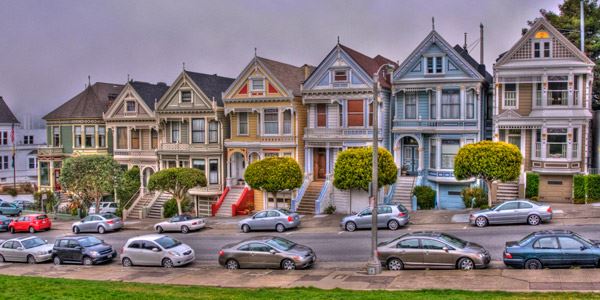 All Photos Used with Permission Under Flickr's Creative Commons License