High on a hilltop in San Francisco's Alamo Square stands the Haas-Lilienthal House, a splendid example of Victorian architecture. The 129-year-old Queen Anne-style Victorian was built in 1886 for Bertha and William Haas, a German-Jewish family. It is here that several generations of the Haas family grew up. The Haas and Lilienthal families joined through marriage, and the last family member to live in the house was Alice Lilienthal Haas, who lived there until her death in 1972. Upon her death, she willed the home to San Francisco Heritage, an organization dedicated to the appreciation and preservation of the city's architecture, which turned it into a museum. 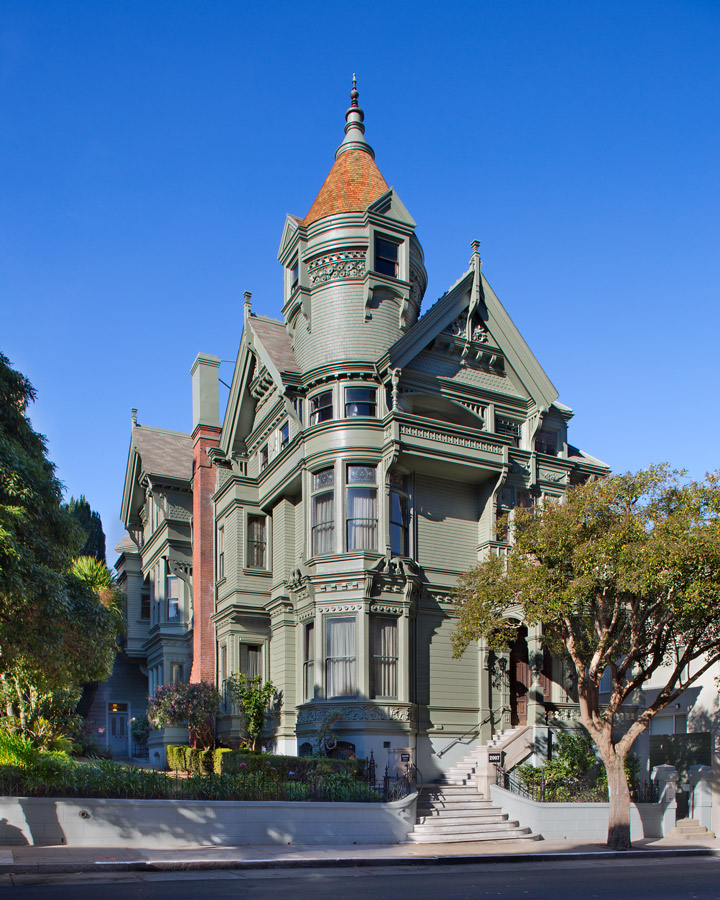 Over time, the home began to show its age, so in 2015, -- with a generous grant from American Express, --San Francisco Heritage began repairing and repainting the three-story national treasure. Dunn-Edwards was proud to donate the paint for this unique project, helping return the home to its original, 1886 colors. As part of the restoration, San Francisco Heritage commissioned a historical paint color study by Architectural Conservation, Inc., to determine the original colors, patterns and sheens so that the finished home coloring was as authentic as possible. During the Victorian era, many San Francisco homes were painted in muted colors such as brown, green or gray. 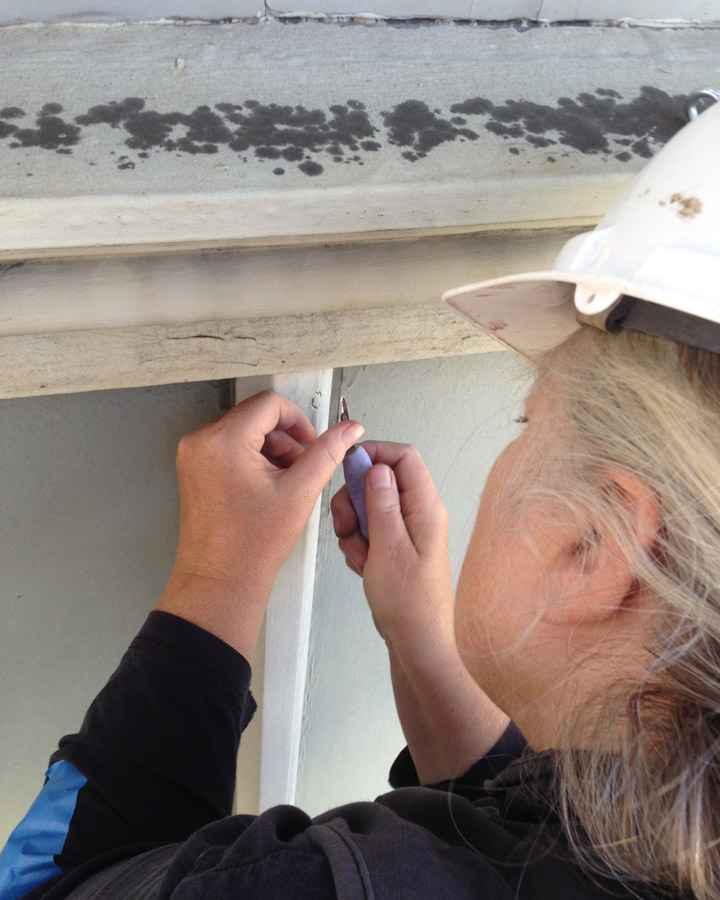 In addition, the home was originally painted using linseed oil and mineral spirits or turpentine, which have been removed from the American market. To achieve a high-quality look while maintaining authenticity, Dunn-Edwards EVERSHIELD® exterior paint in semi-gloss was used for the body colors, while a gloss finish for the window trim re-created the historic appearance. 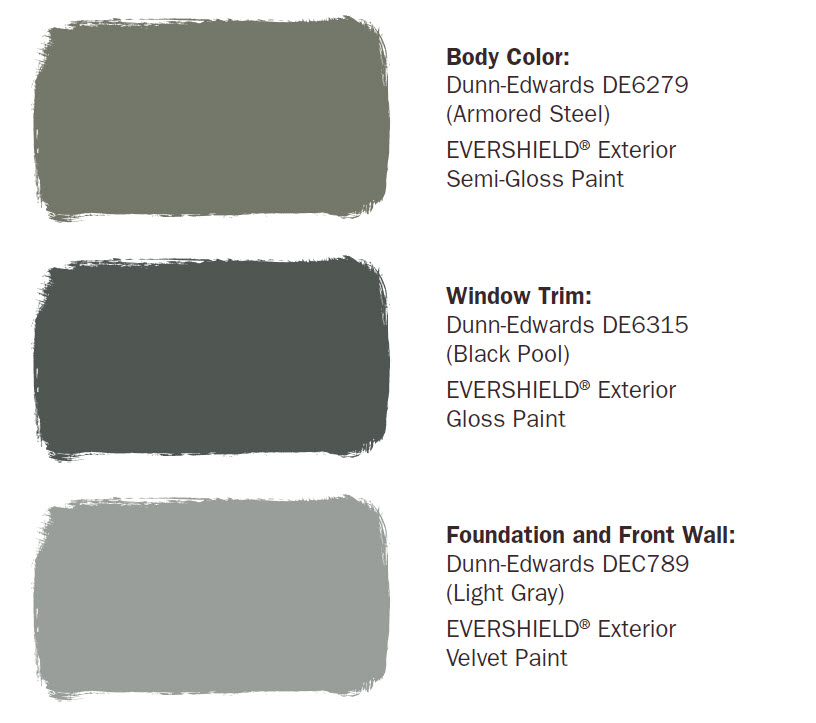 Teevan, a San Francisco based company specializing in residential and commercial restoration was selected to work on the repairs, restoration and repainting. Twenty layers of old paint and primer were removed to reveal the last layer, which showed a dark gray. Extensive damage was also repaired and reconstructed to restore the home to its original beauty. 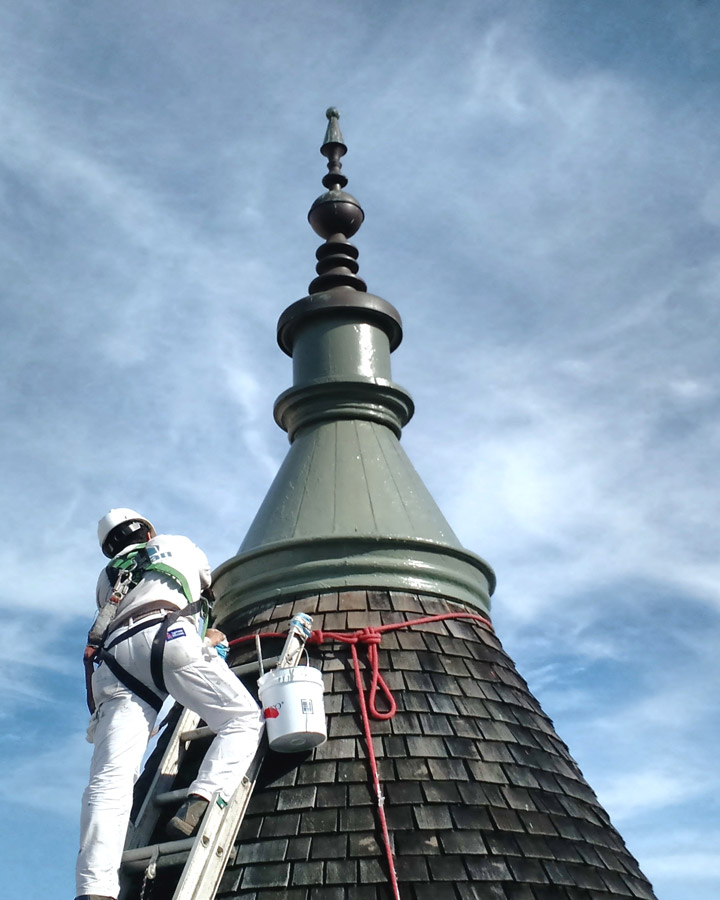 Nov.18, 2015 marked the completion of phase one, and a celebration was held to showcase and re-open this refreshed Victorian to the city. The future for this jewel includes more exterior renovation as well as an
extensive interior renovation. In the meantime, the Haas-Lilienthal House remains the only public example of
Victorian architecture in San Francisco, so it is a must-see for architects and designers to view.