A family kitchen says goodbye to groovy, and bonjour to blush. 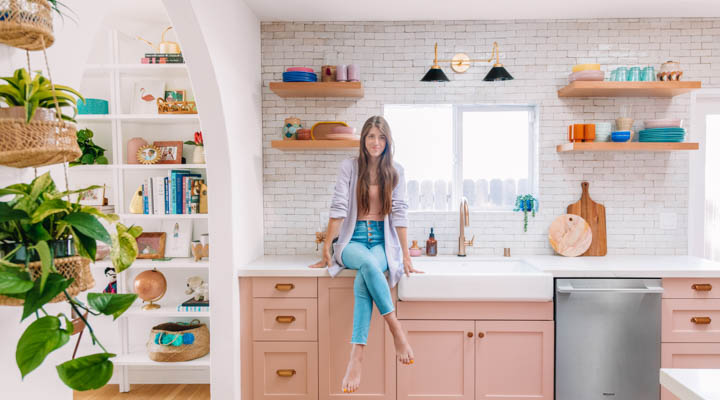 The right colors can breathe new life into an otherwise outdated space. That’s why during Kelly Mindell’s kitchen renovation color choice was a major focus for the Founder of the Los Angeles-based creative lifestyle company Studio DIY. Kelly and family have been methodically renovating their LA home - first making with bedroom transformations, and now in the heart of their family home.


“I went back and forth deciding on the perfect hue for the kitchen, initially wanting to go with a deep mustard tone but upon factoring in our hardwood floors, I wanted something that was lighter and more of a contrast,” says Mindell. 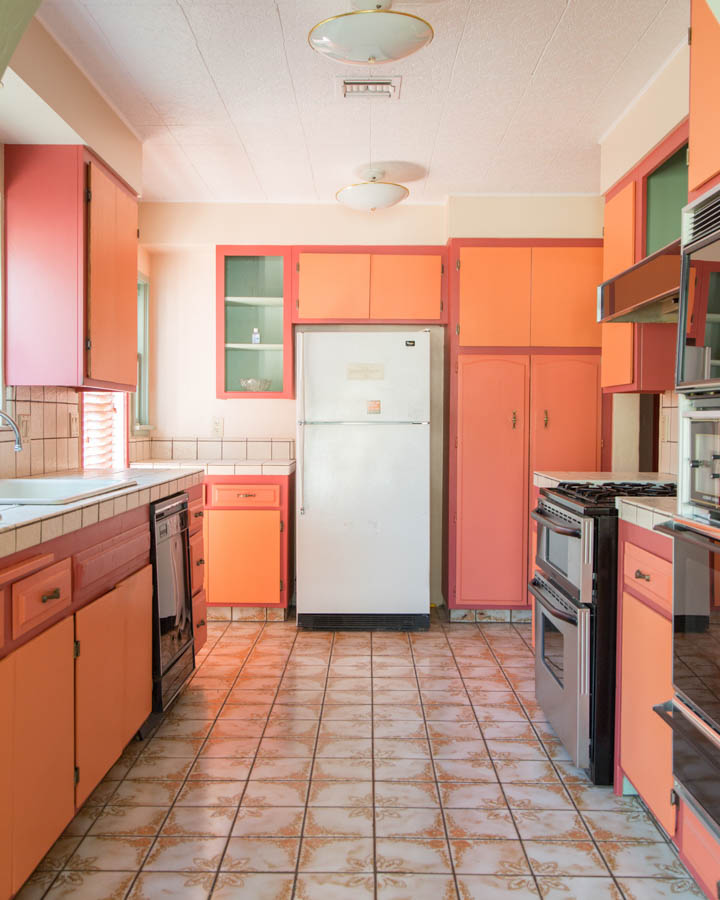 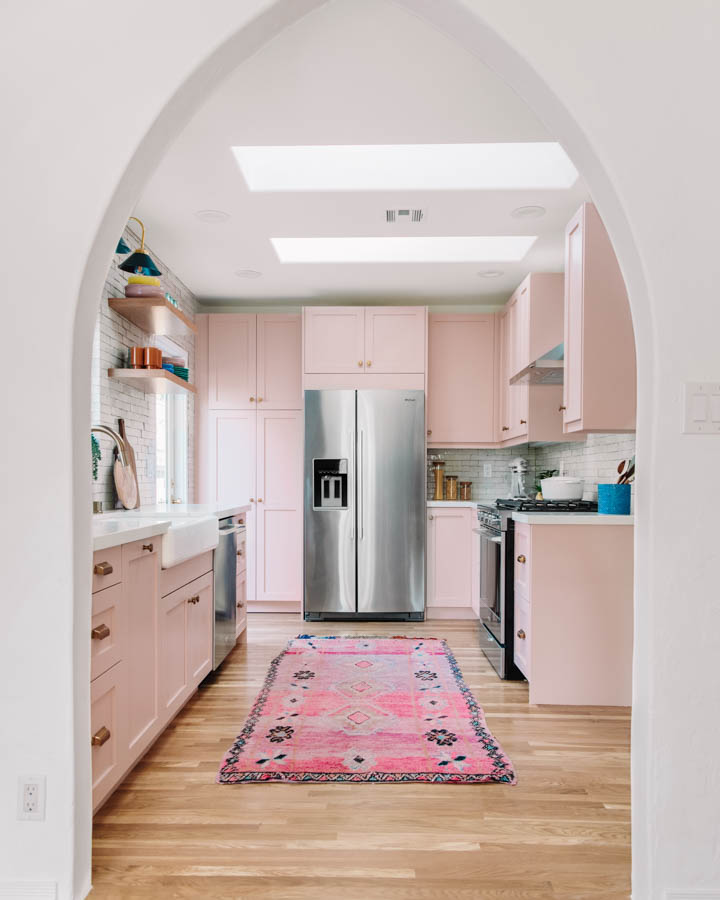 She and her husband, Jeff, call the house a “functional fixer-upper” when they bought it because everything in the home, which was originally built in 1938, was in working order but looked very dated. The kitchen hadn’t been touched in a few decades and was in desperate need of a total revamp. It had old appliances, tiled countertops, an enclosed layout, and featured dark red – a color Mindell says is her least favorite.

Mindell explains that the goal was to update the kitchen while still retaining the characteristics they liked most about the house, including original hardwood floors, unique arches, custom molding and other quirky details.


“We didn't want to ignore [the home’s age] by putting in a very modern, clean kitchen. Instead, we wanted to create a bright backdrop of white but layer it with odes to the original details of the home – lots of texture and pops of both subtle and bold colors.” 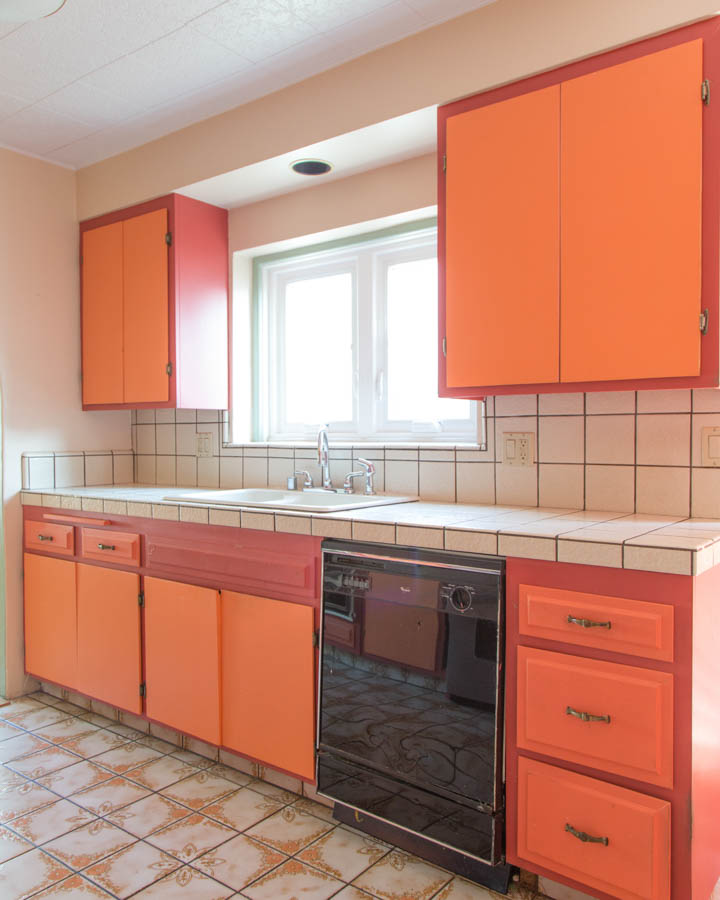 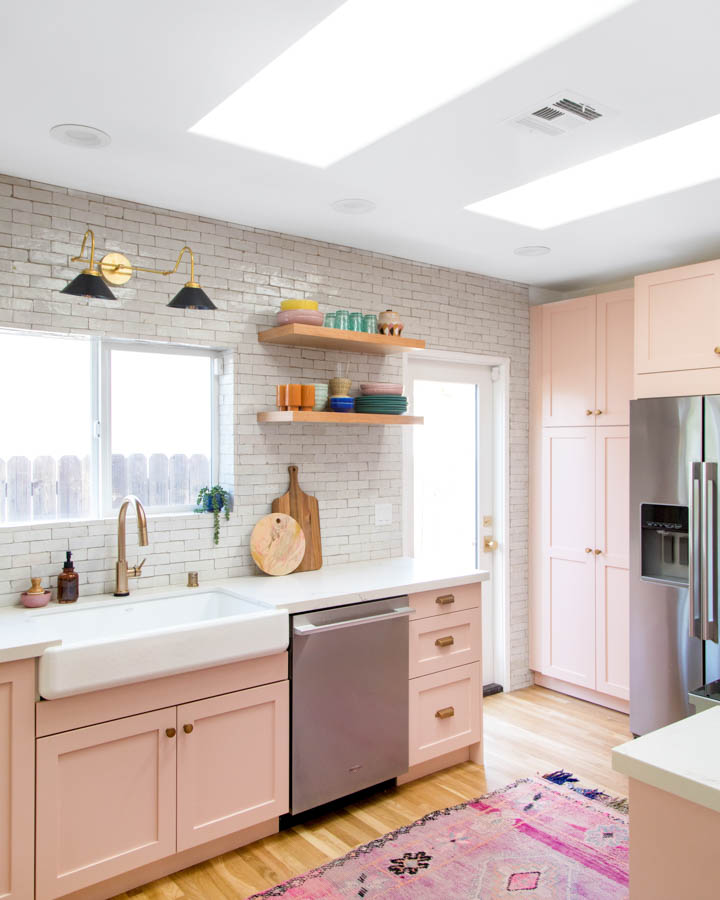 The couple used pink tones throughout the bedrooms and rest of the home, so Mindell felt it made sense to carry those into the kitchen.


“After trying all shades, from mauve to peach, and every saturation, from dusty to bubblegum, we landed on Galveston Tan (DE6101). It's a stunning neutral hue with pink undertones that reads as the perfect blush hue in our kitchen,” she says. “We couldn't love it more!!”

To make the space feel more open, the family also created a new pathway into the kitchen by replicating one of the arches already featured in the home’s design. 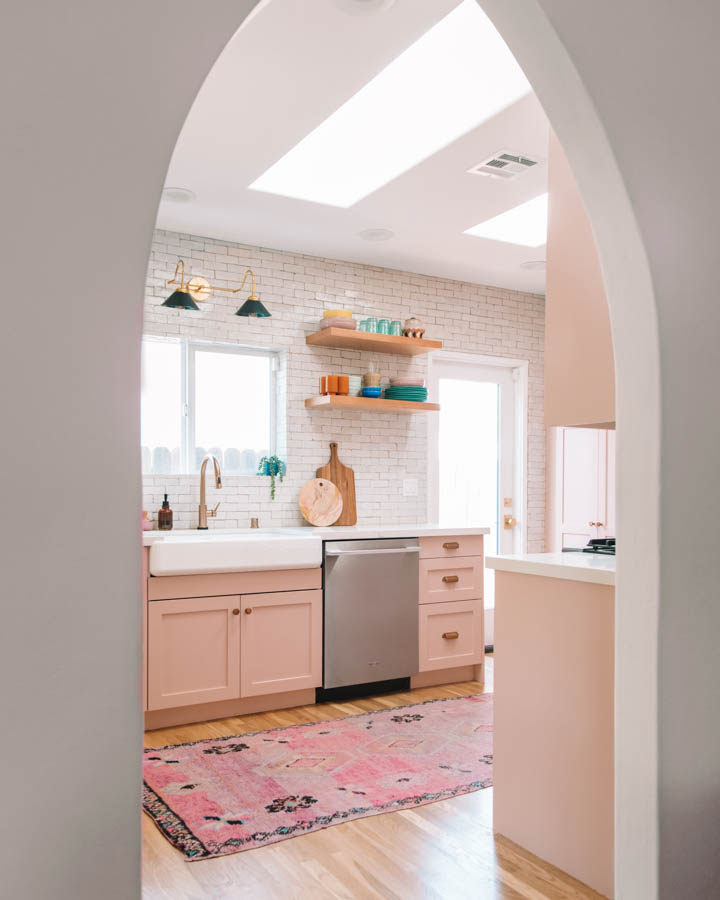 “It instantly made our home feel so much bigger and more open,” Mindell explains. “With a toddler running around, it's also made it much easier to be in the kitchen while keeping an eye on him, encouraging us to spend more time cooking and less time ordering take out!”

By opening the space, the kitchen’s pink tones are also instantly more connected to the rest of the home, helping to create a cohesive color story throughout. 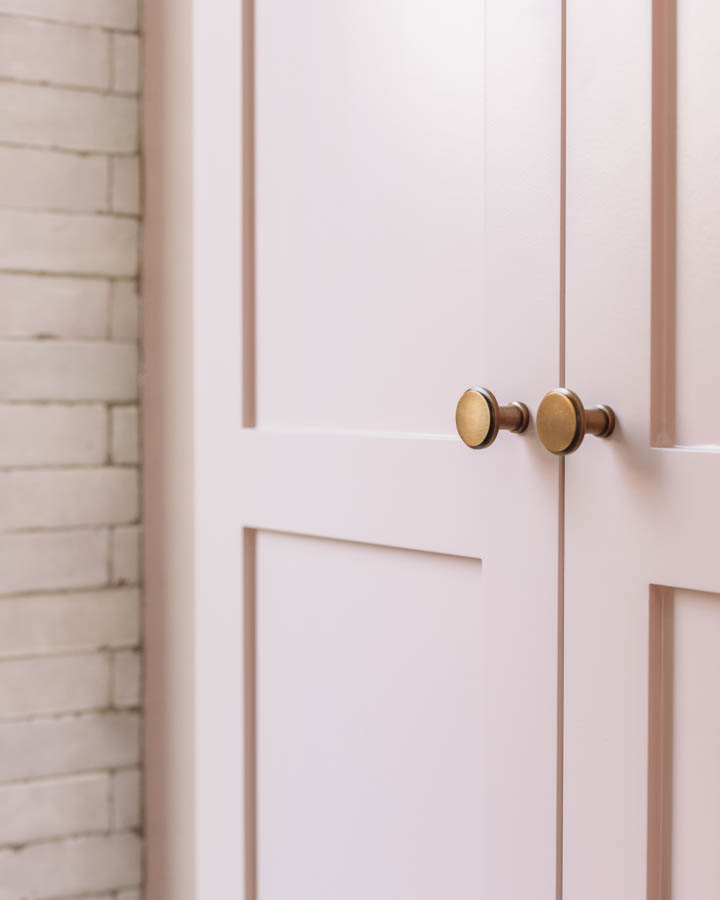 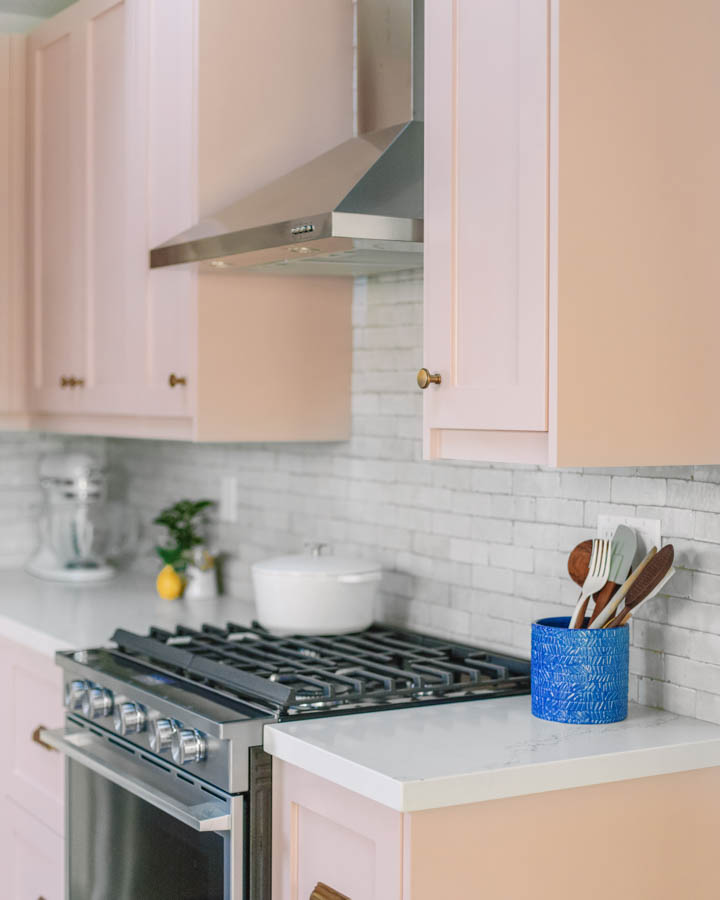