This year Dunn-Edwards Paints celebrates a milestone of 90 years in the paint industry. Since 1925, Dunn-Edwards Corporation has been the leading manufacturer and supplier of architectural and industrial coatings in the Southwest, providing a complete line of paints and painting supplies to professionals and quality-conscious consumers.

Looking back to 1925, it was the year the new Model T Ford sold for $350, the New York Giants professional football team was founded, and the Pittsburgh Pirates won the World Series by defeating the Washington
Senators four games to three. Synthetic rubber was created, and Cosmopolitan Magazine published its first issue. It was also a time when President Calvin Coolidge addressed the American public, “The business of America is business,” which leads to the story of how one of the largest family-owned paint companies in the United States began.

Frank “Buddy” Dunn founded the company in 1925, not as a paint maker but as a wallpaper store in Los Angeles. He, along with his partner and fellow wallpaper salesman, Charles Smith, formed the Dunn-Smith

Company. On Aug. 21, 1925, they completed the purchase of the Garman and Woodson Company and founded the Consolidated Wallpaper Corporation of Los Angeles, located at 1842 S. Figueroa St. In
1927, the name was changed to Consolidated Wallpaper and Paint Corporation when a line of paints was added. Initially, with no paint factory of its own, Consolidated carried a private-label line made by Pittsburgh Plate Glass
Company (refer to our Then, Now & Forever™historic colors stories) and sold under the name Sunset Paint Company. As the business expanded, another line of paints was added, manufactured by Premier Company and sold under the Consolidated label. Later (with two employees), Dunn began manufacturing his own paints in the backroom of the company’s second store.

The first employee of the company was Elmina Calvi, who later married Clarence Nelson, the company’s first truck driver who was hired in 1929. Nelson was integral to the growth of Dunn-Edwards, and retired after 60 years of service. As time continued through the Great Depression of the 1930s, Smith sold his interest in Consolidated to Robert Evans in 1930. That same year, Dunn came down with tuberculosis and had to leave the company to heal. During his absence, Clarence, and Elmina Nelson, along with her father, took over the operations, while all other employees abandoned the company, fearing it wouldn’t survive. 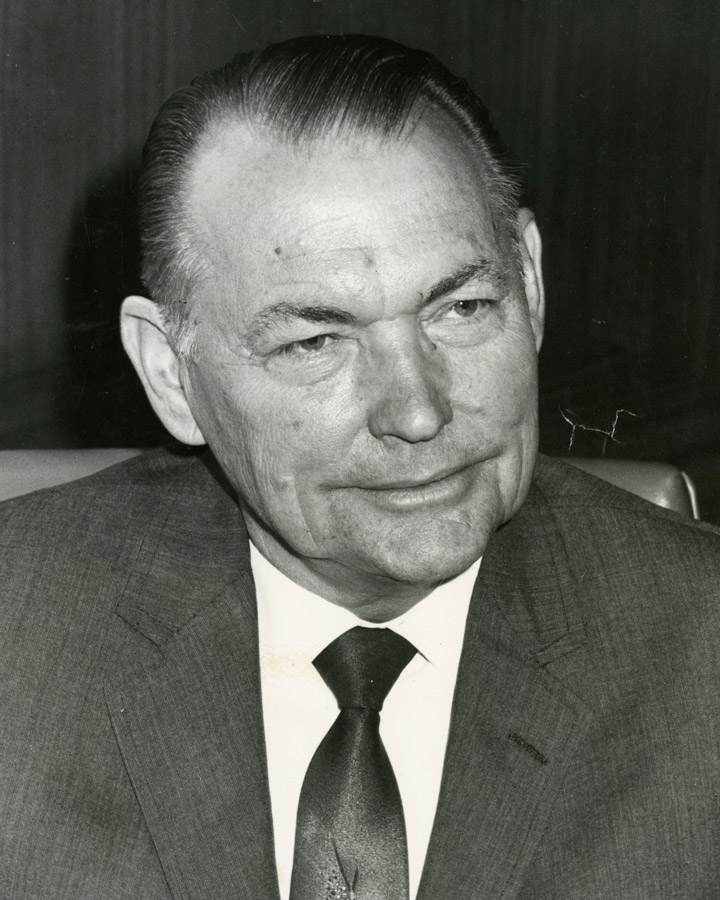 By 1933, circumstances improved. The company expanded to include a new store on South Vermont Avenue in Los Angeles, in 1934. In 1936, several events major events occurred at the company. First, the company changed its name to Dunn’s, Inc. because a competitor was also doing business as Consolidated Paint Company, proving very confusing to customers. Second, the company rented space on South Flower Street, which became known as the main store for many years. Finally, as paint sales started to exceed wallpaper sales,
the company began manufacturing its own paint. 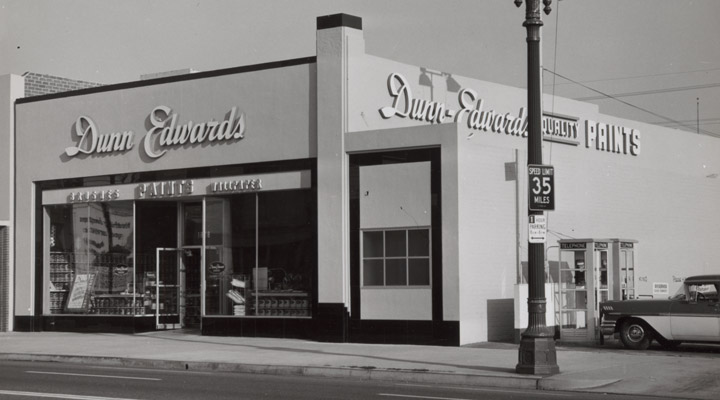 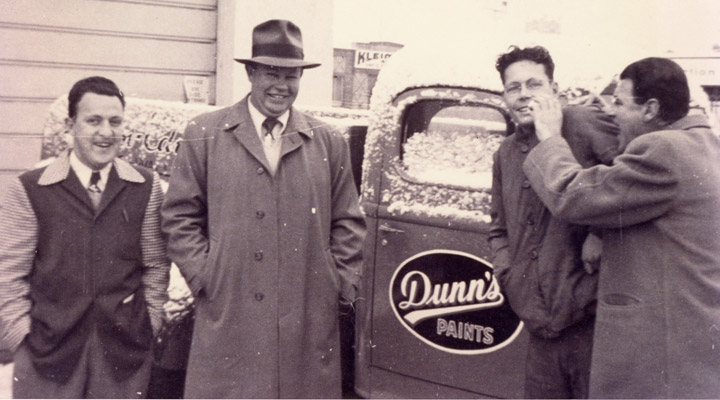 In 1938, Dunn partnered with his friend Arthur C. Edwards, a former painting contractor and pigment salesman, to form the Dunn-Edwards Corporation. Sales immediately improved, and a business philosophy was born:
“Make the finest line of paint and give the best service at fair prices.” It’s a philosophy that endures through this day. 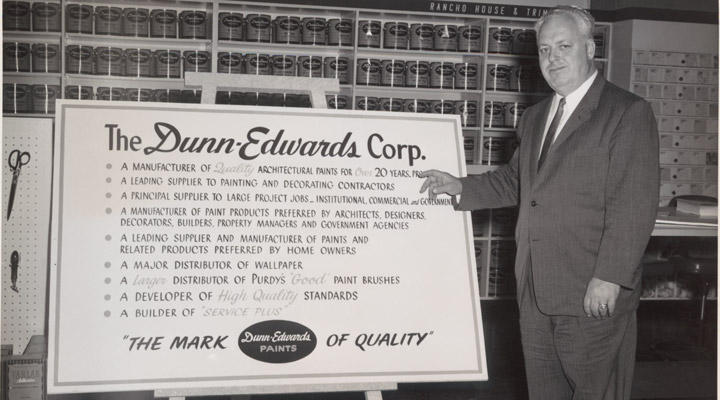 Art Edwards and His Philosophy

The years during World War II proved difficult, as many employees were drafted into the military, while others left to work in essential war-effort industries. Raw materials were in short supply, though the company did make government-specification paint so it was able to get enough of the necessary raw materials to supply needs. In 1944, Dunn’s Inc., was renamed Dunn-Edwards Corporation. 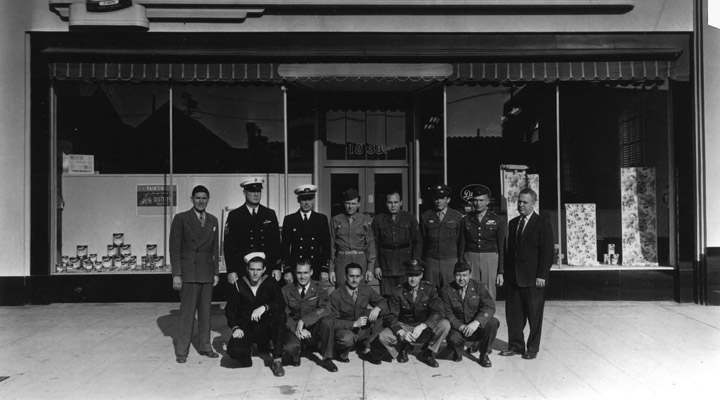 After the war, California’s population swelled and new home construction boomed. Paint enamel sold for $1.50 a gallon, while flat paint was selling for $0.90 a gallon. In 1946 the Glendale store opened and Lita Williams, Edwards' sister, came on board in the wall covering department. Williams became the first color consultant for Dunn-Edwards Corporation. 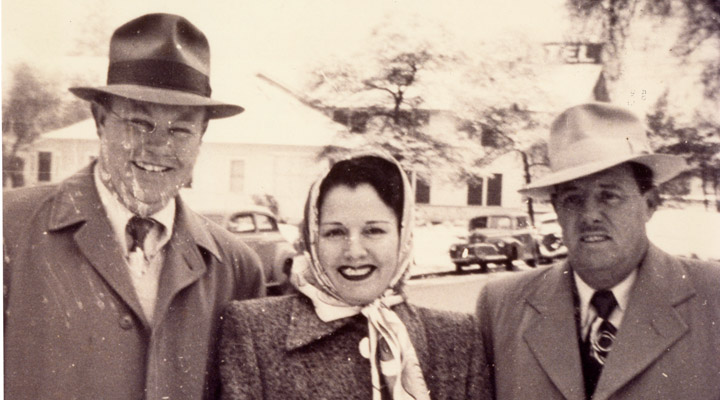 As the 1950s came about, several paint product lines and sundry lines were added to the Dunn-Edwards mix, including Vin-L-Tex and Decovel, both water-based paints; brushes; rollers; and spray equipment. At this time, Dunn-Edwards made its first entry into the Arizona market. Then, unexpectedly, in 1956, Dunn passed away. Key employees were offered an opportunity to buy his stock but all declined except for Edwards, who
bought the remaining shares in 1957 and became the sole owner. 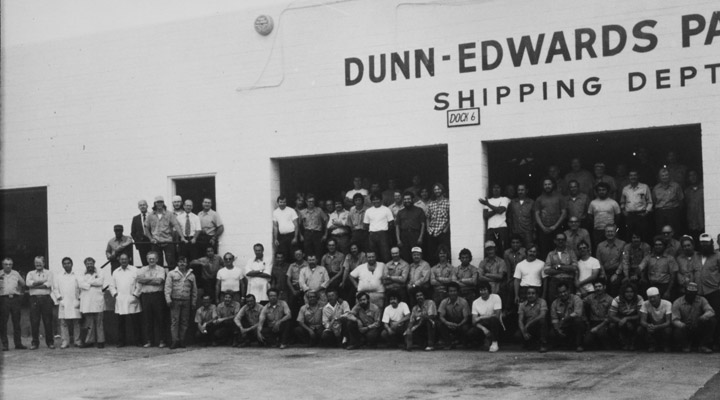 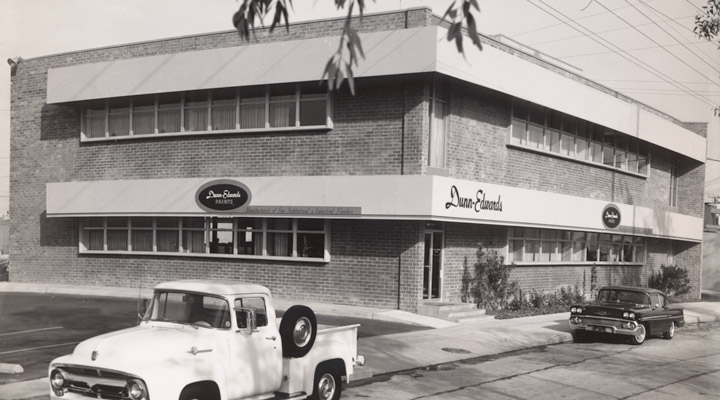 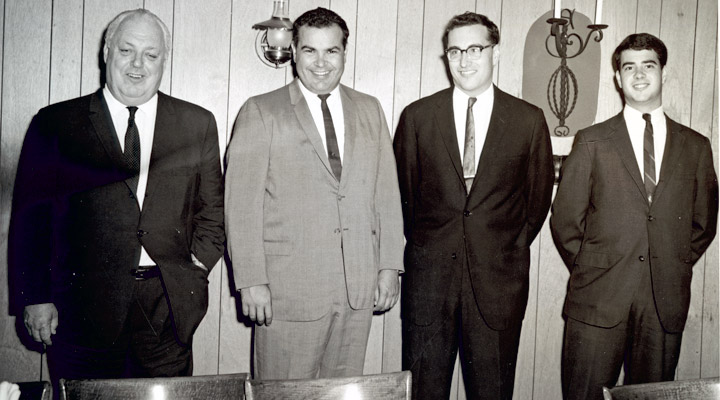 Through the next few decades, the company expanded to new territories, added stores and employees and continued its uphill growth. Edwards' three sons joined the company during these years to help run the company,
creating a family-owned operation. In 1988, Art Edwards passed away; the company passed into the hands of his sons – Ken, Ed and Jim.

The year 2001 was a life-altering year for Dunn-Edwards employees. The company created a program of employee-ownership. For the first time, employees were given a stake in the company’s success. For these last 15 years, the company has continued to expand, with more than 119 company-owned stores and counting, an expanded dealer program, a unique and comprehensive color system with Perfect Palette® and the newly released Then, Now & Forever™ color collection, among other successes. As we marked the 90th anniversary on Aug. 21, 2015, we look to our rich company history to remember Art Edwards' philosophy to make the best paint, to supply what the painter needs to do the job right and have the knowledge to help make projects a success and Dunn-Edwards the leader in paint.

Here’s to another 90 years!