Every four years the world comes together for the Summer Olympic Games, a celebration of the world’s most elite athletes displaying their skills in strength, grace, and speed. The host cities for the Olympic Games (this year Tokyo, Japan) bookend the athletic portion of the games with opening and closing ceremonies that are large-scale events in and of themselves which feature firework displays, light shows spectacles, and pageantry and color on a scale unmatched (until the next four years, of course).

Viewers the world over look on at the procession as Olympians from around the world showcase their colorful uniforms which reflect their respective national heritage. In fact, the whole scene that is opening and closing Olympic ceremonies are awash in novel and exciting hues. With this in mind and the 2021 Summer Tokyo Olympic Games on the horizon, we’re taking a look back at past Olympic games — from logos to athletic wear, as well as the ceremonies themselves — to explore some of the best and most unexpected Olympic color palettes. 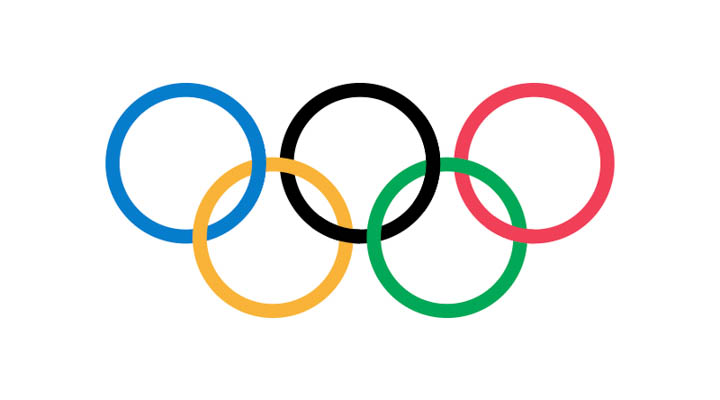 Before we dive in to the most unexpected colors, the most common color combination and logo associated with the Olympics are, of course, the iconic five intersecting rings in blue, yellow, black, green, and red — created by Baron Pierre de Coubertin, co-founder of the modern Olympic games in 1913. The five rings in their various colors represent the five participating continents. According to Coubertin, the colors of the rings and the white background encompassed the colors of every competing nation's flag at the time when the Olympic flag was first raised at the 1920 Olympic games. 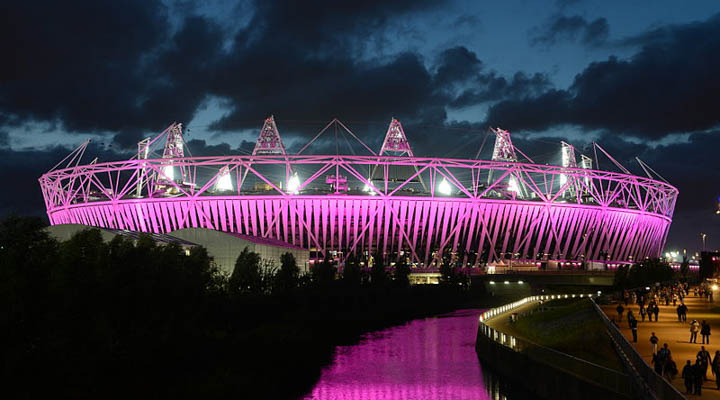 While this particular color set endures, some host locations have taken the classic rings and altered them, riffing on the common motif. For example, coloring them all in gold as in the 1964 Tokyo games, or showing them off in white against a pink and fuchsia background as in the 2012 London games. Still, other past Olympic Games took greater liberties with their logos. The 1992 Atlanta Olympic games opted for an Olympic torch logo with the torch comprised of stars and a palette of burnt orange, fuchsia, sky blue, lilac and gold. 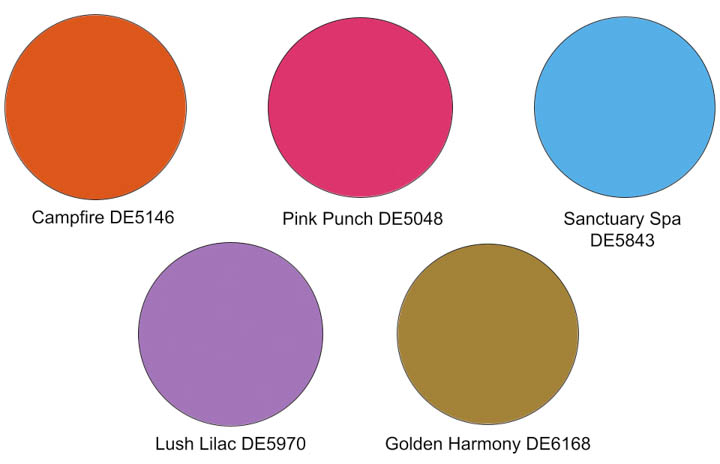 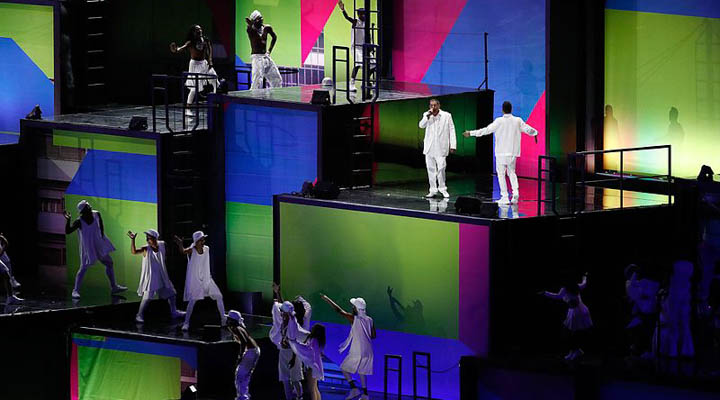 It may come as no surprise that Brazil, which hosts one of the world’s largest festivals called Carnival would bring the party and a kaleidoscope of colors to the Rio de Janeiro Olympics opening ceremony when it hosted the games in 2016. The event featured visual representations of the country’s story, from the history of its indigenous people to its past as a Portuguese colony, and to the 20th century and modern influences. Rounding out the performances, the stage transformed into a cityscape of modern Brazil, where performers danced among the vibrant signature colors of Carnival — highlighter pink, green, orange and mid-tone blue.

In 2008, Beijing, China hosted the Olympics and it also put on a vivid Opening Ceremony replete with synchronized drumming demonstrations, a procession representing the different cultures that call China home, and a spectacular explosion of fireworks that burst into rose, coral and purple hues. 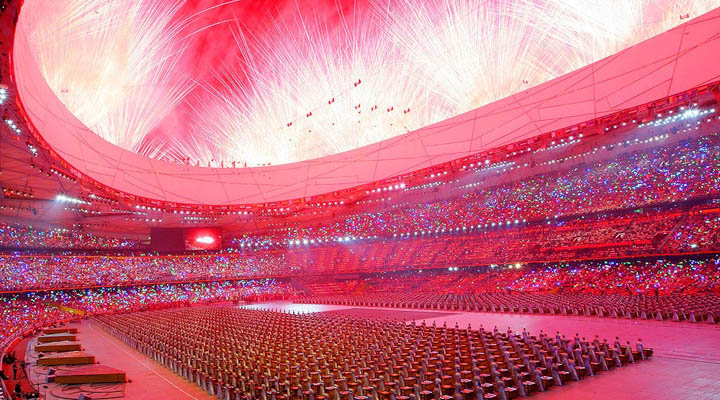 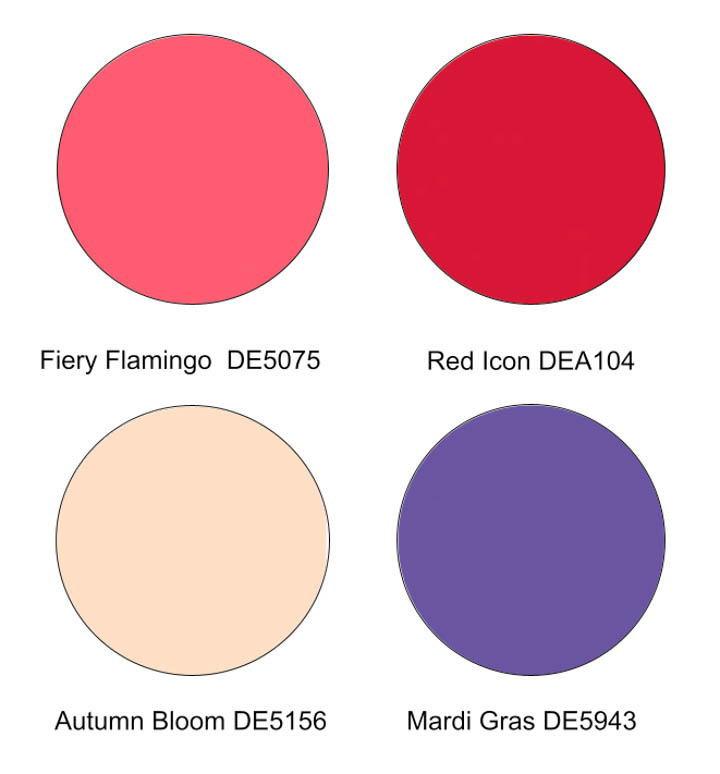 Over the years, top fashion brands like Halston, Ralph Lauren and Levi Strauss have been tapped to produce “the look” for Team USA. The challenge designers face when making the team’s uniforms is to stay within the classic Americana color palette of red, white and blue, while still bringing a flair for fashion and function to each outfit. Athletes have worn royal blue tracksuits with red and white pinstripes in the 1960s; tan shearling coats with navy, tan, and red striped sweaters and white cowboy hats in the 1980s; and as recently as the 2014 Olympics, navy blue sweaters with a white stars, a motif dubbed by critics as the “Ugly Christmas Sweater” look. For the 2018 winter Olympic Games in Pyeongchang, South Korea, Team USA athletes donned classic dark wash cuffed blue jeans, tan boots, and down jackets in saturated shades of red, white, and blue. The look was topped off with wheat-toned fringed leather gloves which were an homage to the American West. 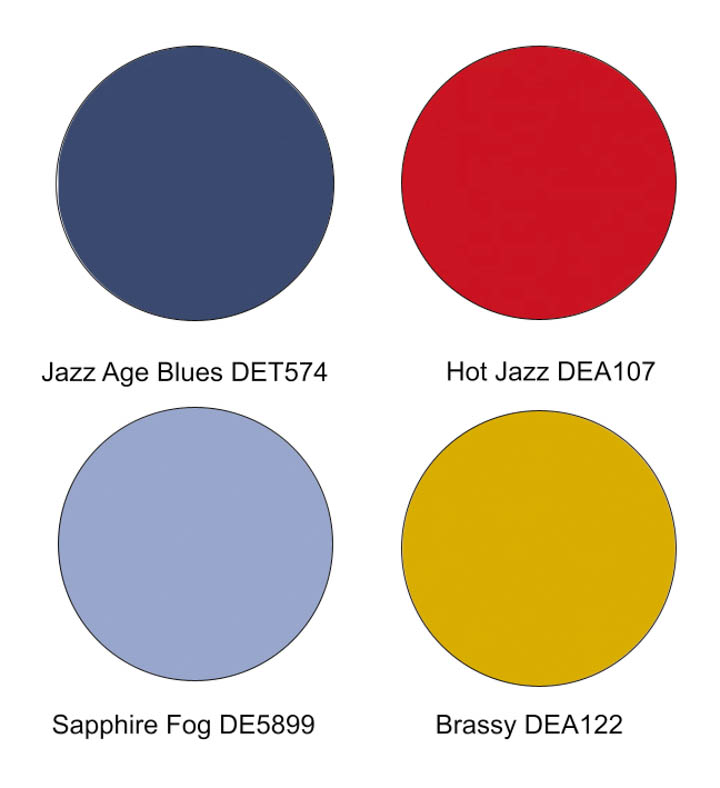 Having fun searching through different color combinations? For other palettes inspired by cities, take a look at the colors that have us dreaming of a vacation to Greece or hues that remind us of the fun of summers past.