The path to becoming a working artist for Caroline Geys was anything but a straight line. “I wanted to be an artist my whole life, but my father wanted me to be an architect,” she reminisced while standing in the space that was the site of her collaboration with Dunn-Edwards for the 2019 LA Design Festival in June. “Working for architecture firms for 12 years [in marketing] and surrounded by floor plans and site plans has had a huge influence on my artwork aesthetically.” 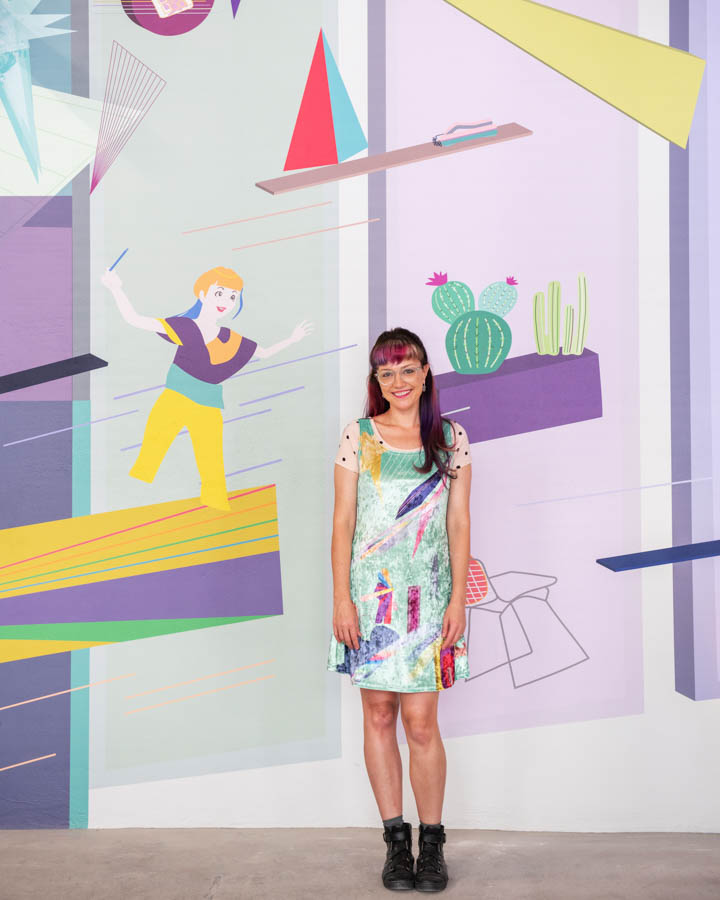 These influences were on full display during The Dunn-Edwards 2020 Color + Design Experience with Caroline Geys, a space that gave life to her interpretation of the five Trend stories — The Silk Road, Fresh & Free, Co-Habitants, Neu Traditions, Playtime — based upon the video series and the color palettes that will shape the new decade. The five heroes from the stories loomed large on walls and on video monitors in front of guests who lounged on furniture provided by Long Beach-based designer Eric Trine.

The heroes and their stories still dressed the walls and floors, but on this quiet morning at ROW DTLA weeks later, they felt more like giant guests who decided to make this cavernous space their home for a while. “I’m so glad it’s still up, but I wish it was more activated,” she said while taking in the room. “Overall, I’m really happy with it and I’m really ready to get back to a creative space like this again.” 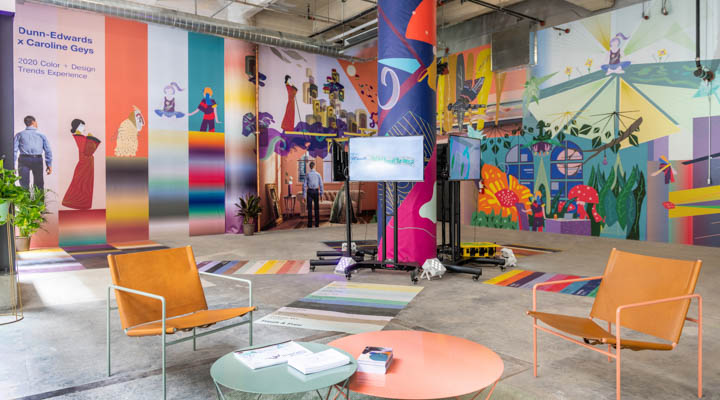 For Geys, this project was more than just a brand collaboration. It became a part of her story — past and present. “The theme ‘Optimistic Endeavors’ couldn’t have hit it more on the nose with myself, my career and where I am right now,” she reflected. “I always want to move forward and I never want to revert to last year or look back. And I’ve always had an optimistic outlook on life — glass is always half full, more than half full. Colors have a lot to do with that. The artwork my father bought and what we would go see in the latter years was always bold and bright.”

The interplay of bold colors and graphic patterns, including her signature vortexes, creates an electrifying, positive momentum that carriers through Geys’ work and to the audience. It’s through this lens and the theme that she found a natural connection with the stories and characters. Her immediate challenge was how to infuse her perspective into existing artwork from the videos — remixing it, so to speak. “I struggled a lot at the beginning [of this project] because I always want to be original. I want to do my own stuff and not take in or be influenced by what other people are doing,” she said. “That was a big challenge at the beginning and thinking ‘Yeah, let’s just throw in a vortex and that’s how it changes [laughing]’! Obviously, I went back to it. I went back to Playtime and put my own spin on it. As I worked on the others, they exponentially evolved. With each story I became looser creatively — I got wilder with each one.” 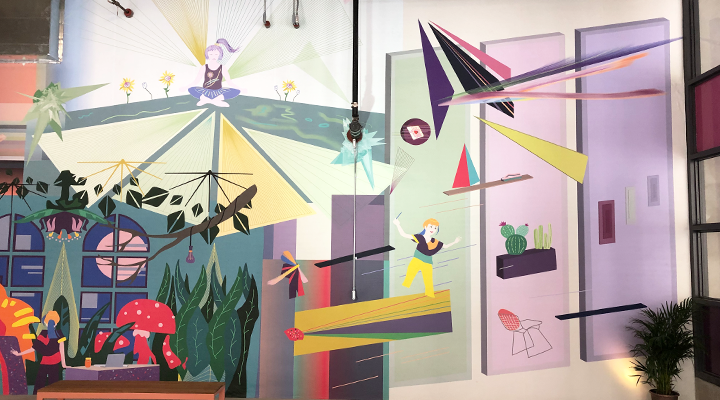 As the artwork evolved, her connection to the stories grew with it. At times it was purposeful, as with her self-described “sixth story” featuring references from her heritage (Belgian waffle), memories (Swatch phone), and current elements from her art blending and extending Playtime. “On the third wall, I was able to incorporate more of what I would illustrate. It was a combination of what was given to me and my own world.” At other times, the connection became a revelation. “I’m noticing I’m reviving shapes and methods of things that I did when I was 7 and 8 years old and even in high school,” she said with wonder. “Almost re-creating things from the past and making them new again. Even these designs in the leaves and trees [of Co-Habitants], I was drawing stuff like that in the mid-2000s. It’s not something that I would be drawing or using in my work now.” 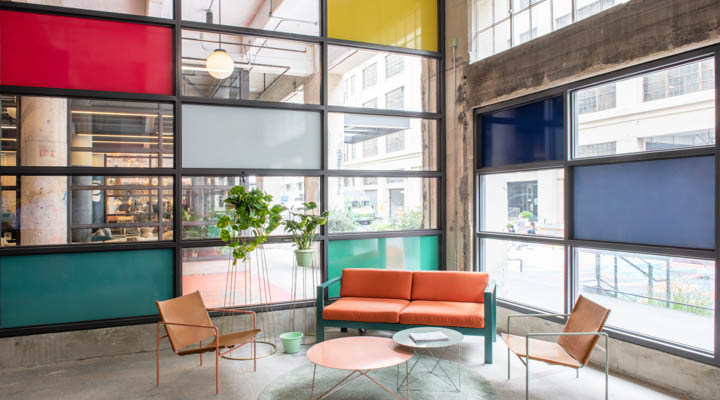 Now, weeks later and standing in the space where her “dream” project came to life, Geys had a sense that this work was somehow different than the others. ““I have always had post-exhibition blues, but this year after my first exhibition in Italy and this project I'm not feeling that, I’m inspired to keep going immediately after.”

All images shown with permission and courtesy of Bethany Nauert Photography