The Pasadena Showcase House for the Arts is celebrating 53 years of highlighting the best in design and Pasadena architectural history by showcasing the renovation of another historical gem. As one of the oldest and most successful home and garden tours in the nation, the tour is set to open April 23 through May 21, 2017 at a magnificent English Tudor Revival estate design by the architectural firm Marston & Van Pelt. The home was built in 1916 for lawyer-turned-actor Samuel Hinds and his wife. 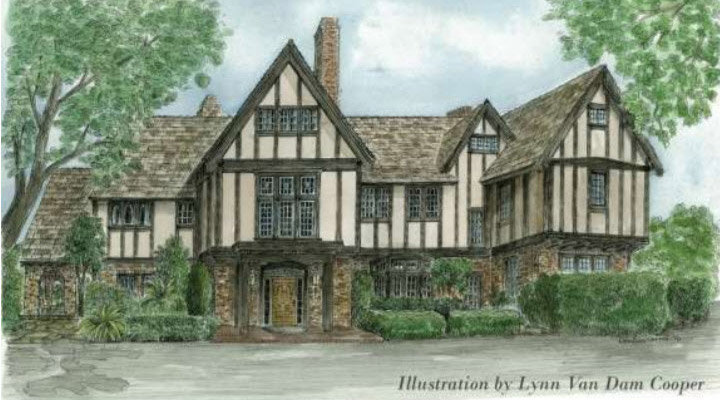 Dunn-Edwards is proud to be the exclusive paint sponsor for more than 50 years, providing paint donations and historical color advice. We are proud to present this year’s color palette, including special selections from the Then, Now & Forever® color collection, launched in 2015. The color selections highlight the charming character of the English Tudor Revival estate with a range of classic, traditional warm and cool neutrals to provide a subtle backdrop to the key design features throughout the home. A range of distinctive accent hues in midtone to dark tones draw attention to each designer’s unique creation. 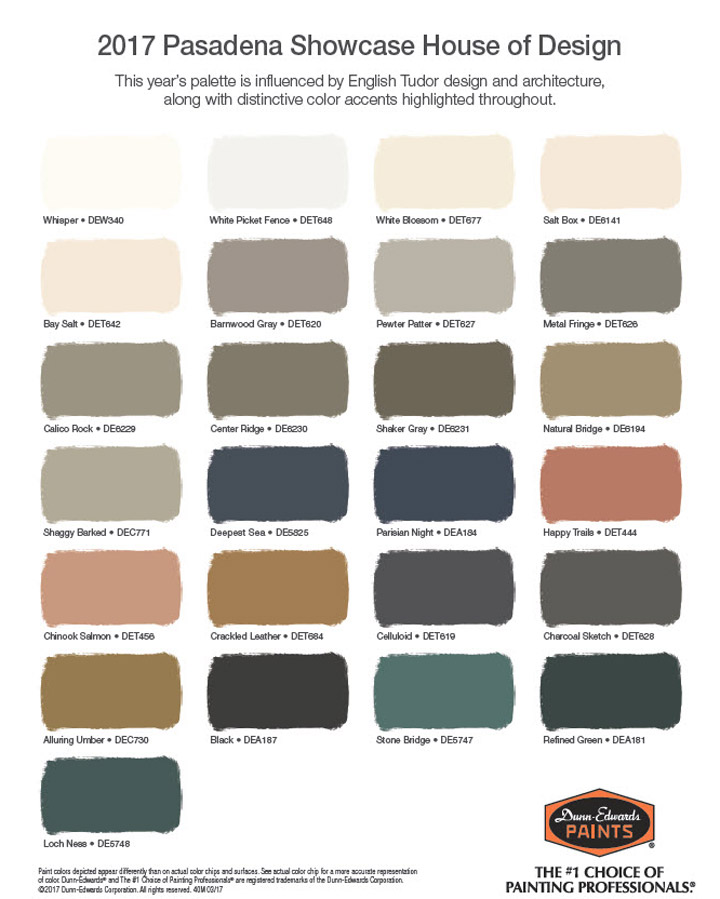 The legacy of this estate is infused with Hollywood glamour. Hinds, the original owner, appeared in more than 200 films and is best known for playing Peter Bailey, the father of James Stewart’s character and the
founder of the Bailey Building and Loan, in "It’s a Wonderful Life" (1946). Most recently, the house served as a set for several movies and television shows including the multi-award winning "La La Land" (its loggia and garden were the setting for a garden party at which Ryan Gosling’s character played the piano), "Beaches" (it was the home of Barbara Hershey’s character) and the 1985 version of "Alice in Wonderland," as well as television episodes of "Columbo," "Parks and Recreation" and "Mad Men."

The Pasadena Showcase House for the Arts is a non-profit, all-volunteer organization dedicated to bringing music enrichment programs throughout Southern California. The Pasadena Showcase House of Design is the
organization’s largest annual fundraiser, enabling the PSHA to donate more than $20+ million to support local community art and music programs.

To learn more and to get tickets to the tour, visit pasadenashowcase.org. To view color palettes of Pasadena Showcases from prior years, visit dunnedwards.com/about/events .