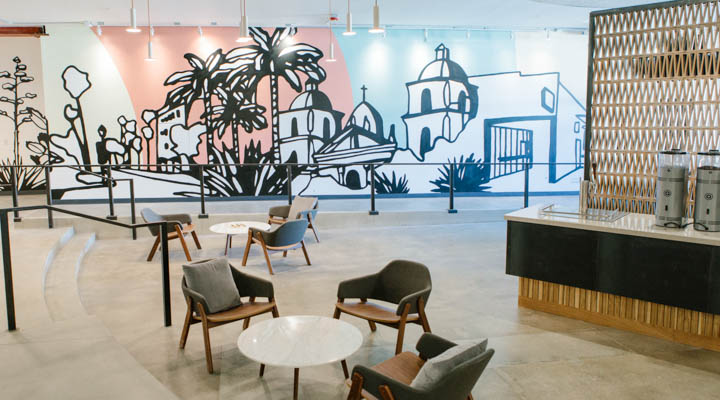 Brown and the Honey team collaborated on the design, rolling with the artist’s original concept that references the town’s surrounding environment, from its oceanside locale, to its native plants, as well as its history within the context of the American Southwest. Once he got to painting the main mural, Honey asked Brown to work on additional murals throughout the expansive space. 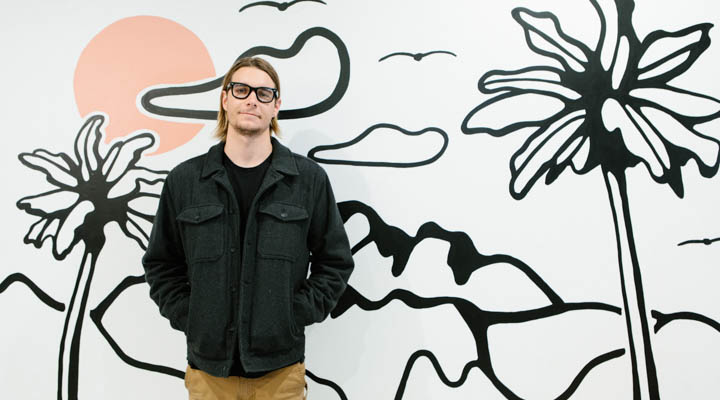 Artist Beau Brown in front of his work.

The artist went to work, outlining in black in his trademark style, which Brown describes as consisting of “simple line, shape and color creating abstracted landscapes and figures.” He then infused a soft palette into the designs, adding delightful splashes of light yellow, peachy-orange and mellow blue. The colors created a fun contrast against the stark black lines of his work.

“I used a bunch of colors during the whole project but my favorites were Delightful Peach (DE5239), Fountain City (DE5723) and Lit (DE5337). I picked colors that went along with Honey’s design aesthetic,” Brown said, referencing the company’s warm orange and whisper blue branding. 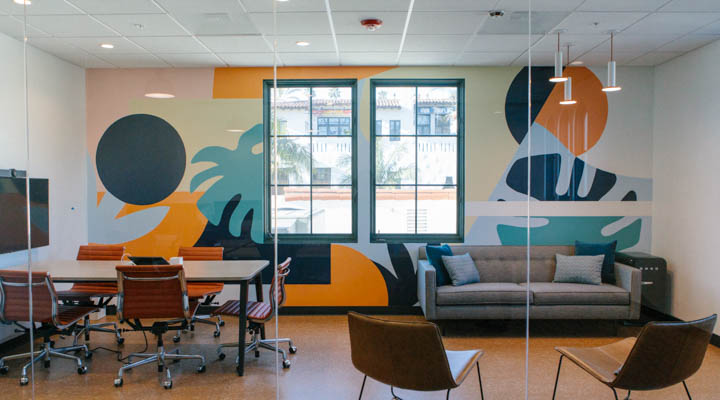 Speaking of the painting process, Brown notes Dunn-Edwards’ color library and quality as a favorite factor. “Dunn-Edwards has a huge selection of colors and has a great consistency, perfect for the way I paint,” he said.

Drawing from Santa Barbara’s natural beauty and historical legacy, Brown painted a depiction of the surrounding landscape, bringing the outside world into the office. Spiney yucca plants, palm trees, mountainscapes and oceanscapes cover a long large wall, while abstract palm fronds and waves cover another. This kind of mural speaks to the heart of what inspires Brown. “The ocean, mountains, native plants and history in Southern California and the American Southwest are what influence my work the most,” Brown said. 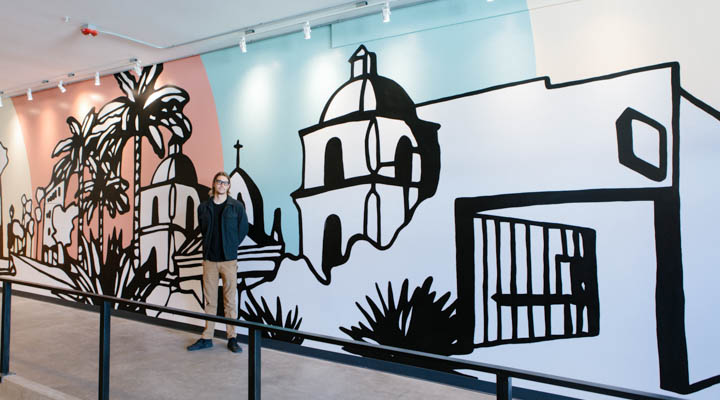 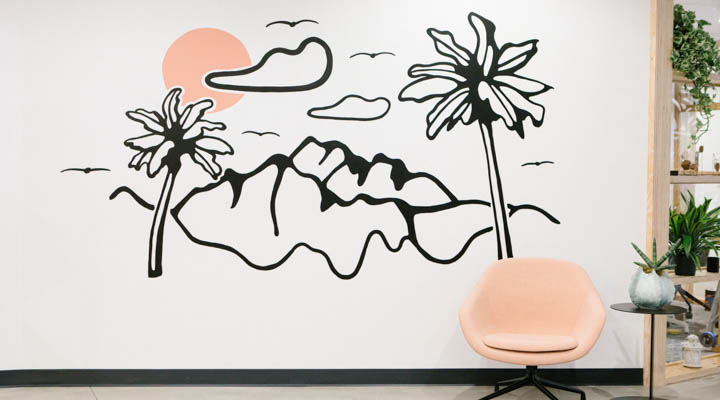 In his larger piece, Brown highlights Santa Barbara’s most famous building, the Mission, built in 1820 (though the first chapel built on the site was established in 1787). The Santa Barbara Mission is a National Historic Landmark and stands as one of the 21 Spanish colonial outposts established in California. Brown interweaved modern-day Santa Barbara alongside its history, working in images of newer warehouse-style architecture, illustrating the city’s evolution from settlement to present-day commerce hub. 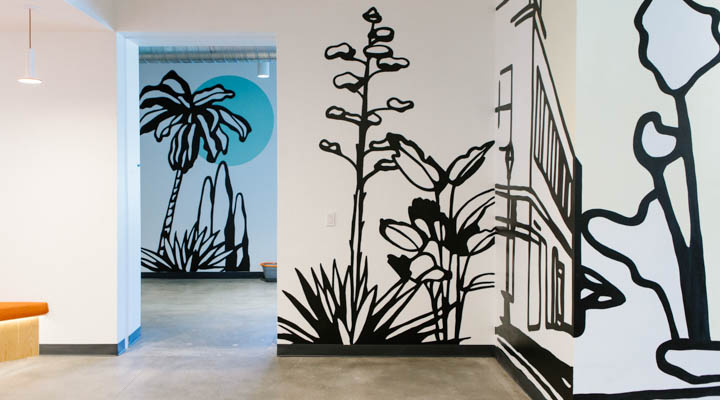 Want to see more stories about artists using Dunn-Edwards paint to make beautiful creations? Check out the mural festival, which transformed 10 blocks in east San Diego into large-scale works of art. Or the Los Angeles muralist transforming streetscapes one storefront at a time. Digging the way Brown used splashes of mellow happy pastels in the Honey offices? Gather more inspiration from this collection of cheery pastels we’ve highlighted as a major color trend for this year.

All photography by Sean Collier and courtesy of Beau Brown.