Dunn-Edward’s 2020 Design Trend Playtime captures the enjoyment and immersion in the experience of NOW. Fun and adventure are at the forefront of this youthful trend, with rules of form, function and color tossed aside. Minimalism is rejected in favor of difference, fun and individuality. Interesting textures and clashing patterns are embraced, while color is vivid and playful, like a rainbow. 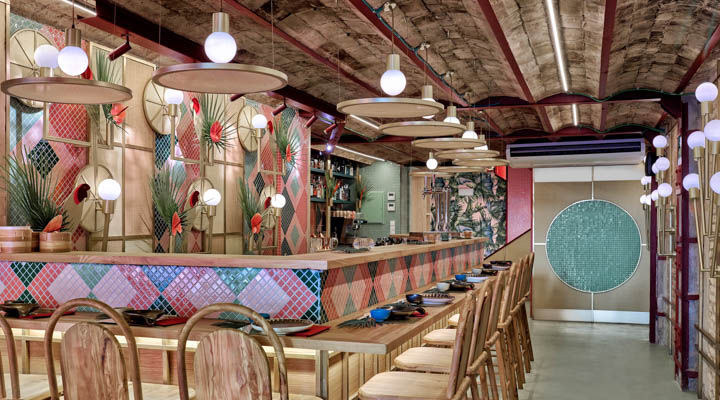 This trend can be seen throughout Kaikaya, a tropical sushi restaurant with bold colors and an eclectic style. Creative consultancy Masquespacio has completed the space in Valencia, Spain, mixing both Japanese- and Brazilian-inspired design elements. The restaurant’s plant-filled green and maroon interior celebrates this unique food culture created in the hundred years since Japanese immigrants first started to arrive in Brazil. 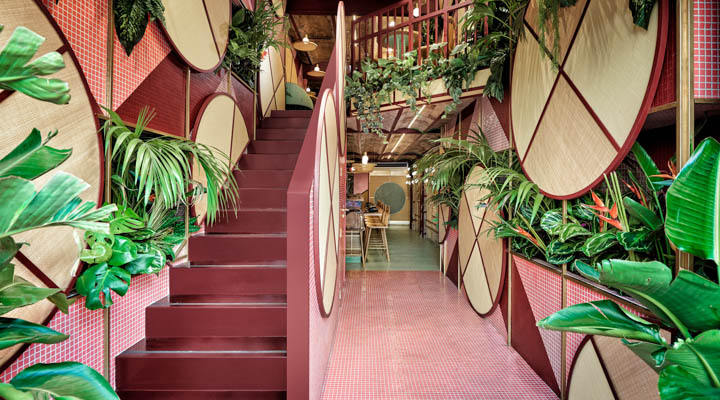 Now home to the largest Japanese population outside the "Land of the Rising Sun," Brazil has cultivated a distinctive Japanese–Brazilian cuisine that blends Japanese cooking techniques with local ingredients. The fusion of the two cuisines is reflected in the restaurant’s interior, which melds materials used in Japanese design, such as wood and raffia, together with colorful mosaic tiles, parrot motifs and cascading tropical plants. 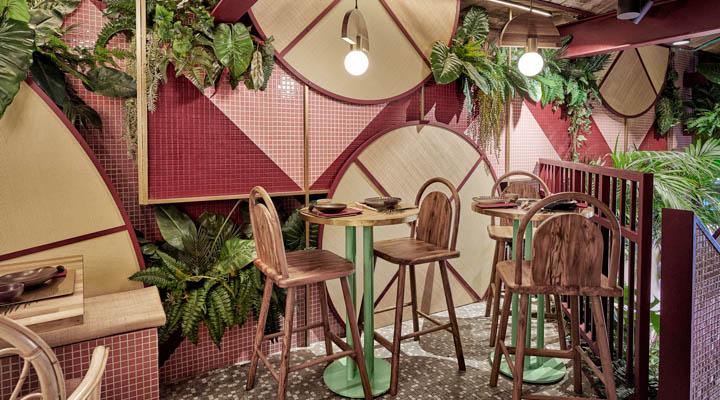 In particular, the designers said they were inspired by Tropicalismo — a Brazilian artistic movement that arose in the late 1960s. “Above all, the design needed to contain a strong splash of color, together with an eclectic style that could mix the two concepts of Japan and Brazil without being conventional,” a representative of Masquespacio said, who elected to use a contrasting palette of maroon and green with accents of brass and raffia. 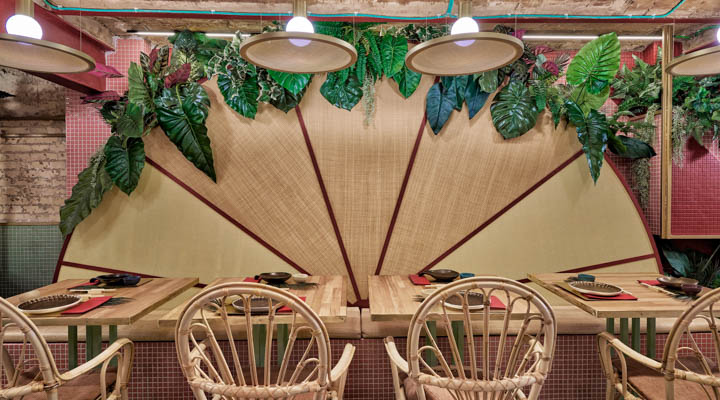 The building’s original brick vaulted ceiling and metallic beams have purposefully been exposed to celebrate the space’s “imperfections," according to the designers. Set against a backdrop of mosaic tiles, large circular panels of raffia are mounted across the walls as a nod to the hats worn by rice field workers in Japan. 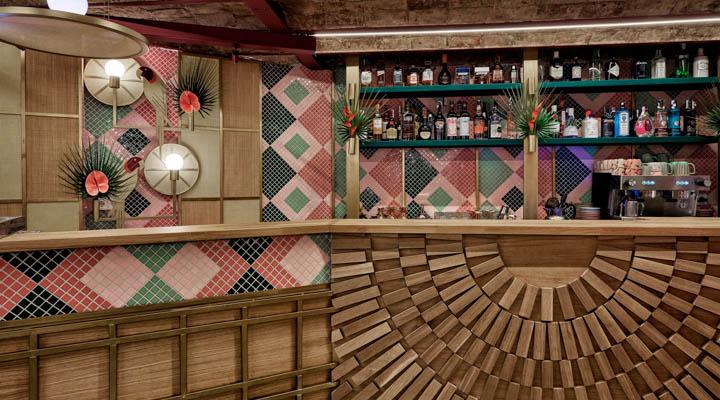 The bar area features a wooden frontage inspired by a Japanese pattern, while the mosaic tiles are arranged into a pattern inspired by 1970s Brazil. A series of wall-mounted lamps featuring brass parrots and palm leaves that sit behind the bar were specially made for the space. 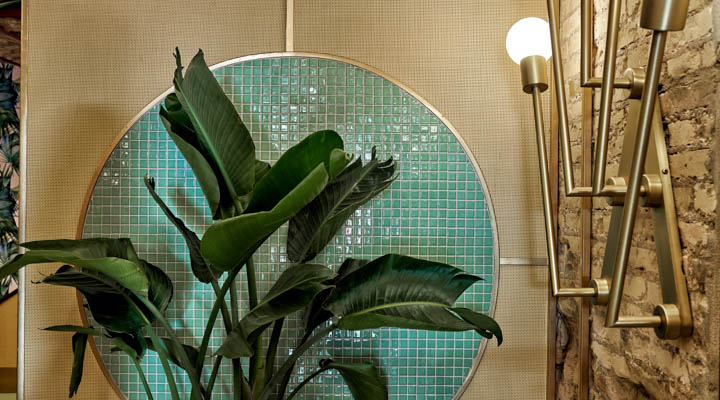 All Images Used with Permission