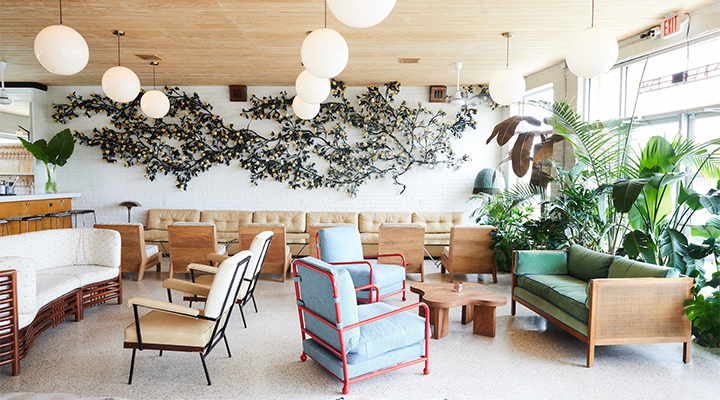 "Social Architecture" is the conscious designing of physical space to optimize human interaction and connect to its surroundings. This notion is explored in our next Color and Design Trend, "Folk Heritage." Designers who utilize this trend feature local materials throughout the interiors and embrace urban agriculture, sustainability and reuse. Floor plans and furniture layouts garner community and social interaction, while natural hues, including pale pinks, olives, browns and rich greens — rustic textures and graphic motifs populate interiors. Below are a few examples of this trend:

Farming Studio has completed the Koi Cafe within a three-story house in Hanoi, Vietnam. The design concept centers around urban agriculture through the use of an aquaponics system and koi fish aquarium. Inside the cafe, a flowing waterfall creates healthy oxygen for the fish while facilitating a renewable resource cycle system, as the waste from the koi fish aquarium is pumped into the soil, supporting the cafe’s lush green roof. After nutrients from the waste are absorbed by the vegetation, the byproduct of purified water is returned to the aquarium. The interiors and furnishings were built using recycled wood from the original site, further contributing to the sustainability of the design, while the facade was inspired by the "batrang" double traditional tile method. Through the aquaponics systems, fresh vegetables and produce can also be grown within the cafe to ensure a continuous system of renewable resources. 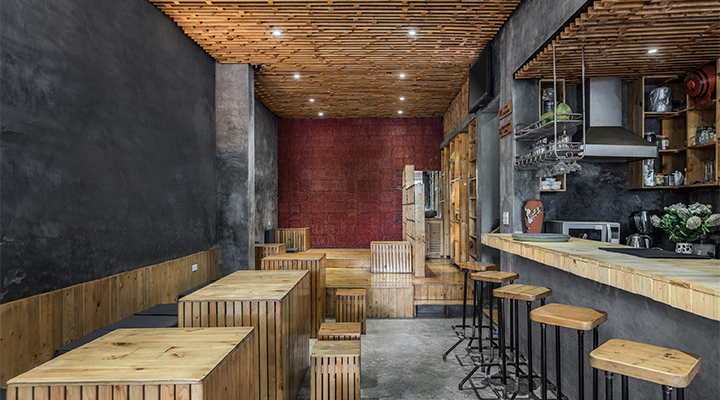 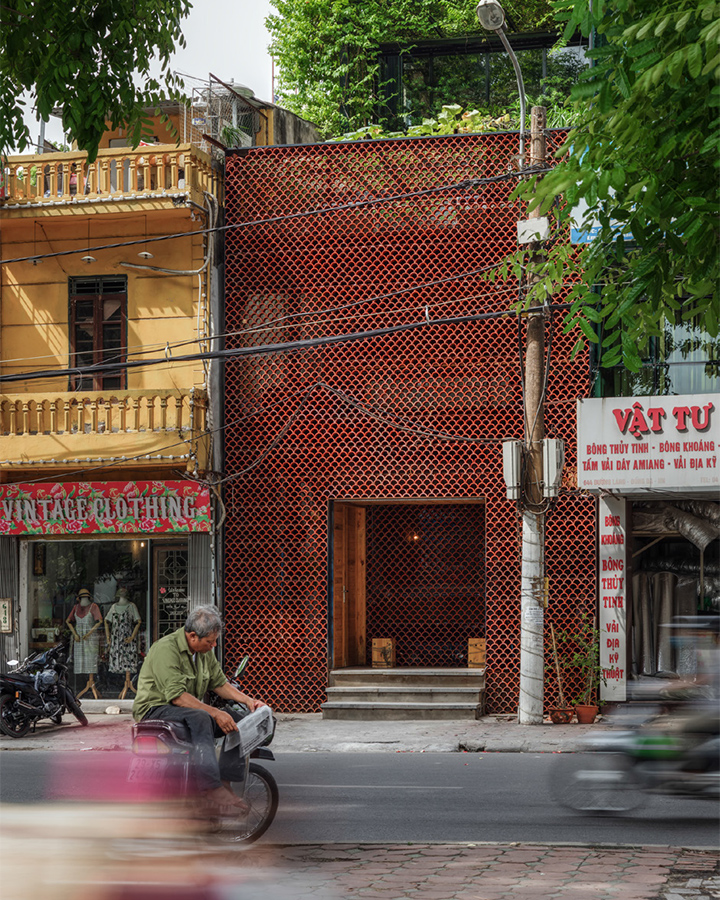 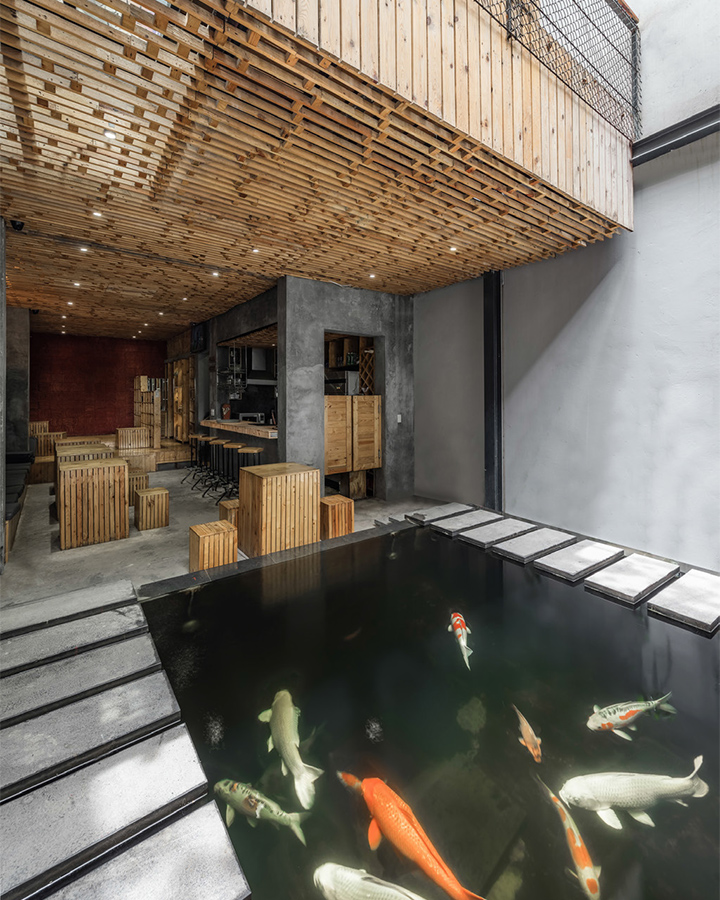 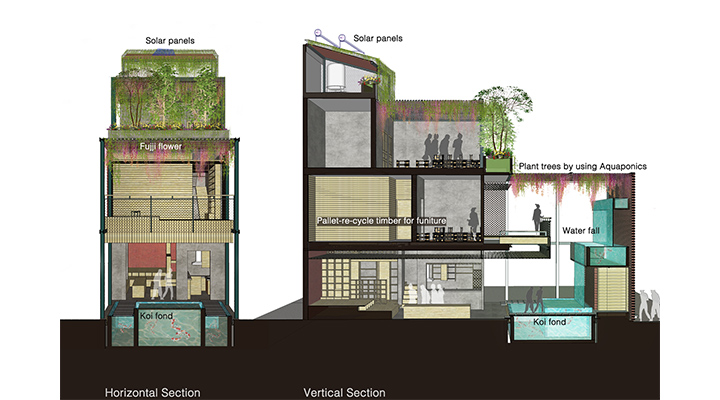 The Drifter Hotel combines streamline modernism and eclectic design, creating a playful new enclave on an industrial stretch of Tulane Avenue in New Orleans. Designed by Nicole Cota Studio, this former Mid-century gem boosts troweled concrete and colorful tiles from Oaxaca to refresh the former motel. Timber panels are used behind the cafe counter, where other wall surfaces are decorated with patterns of tropical leaves in pink and green. Comfy chairs and sofas are arranged beneath globe-shaped pendant lamps hung from the wooden ceiling, while foliage blocks some of the light from the large windows. At the back, a pool area with a brick terrace is used for relaxing and hosting events. Features include a giant disco ball, an indoor/outdoor bar and a wall designed to reference the work of Mexican architect Luis Barragán. 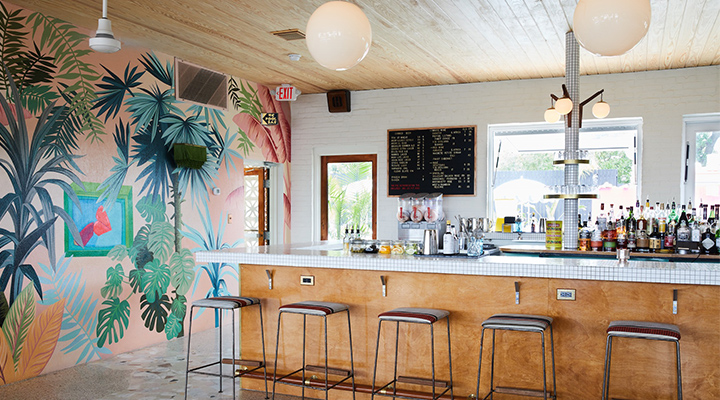 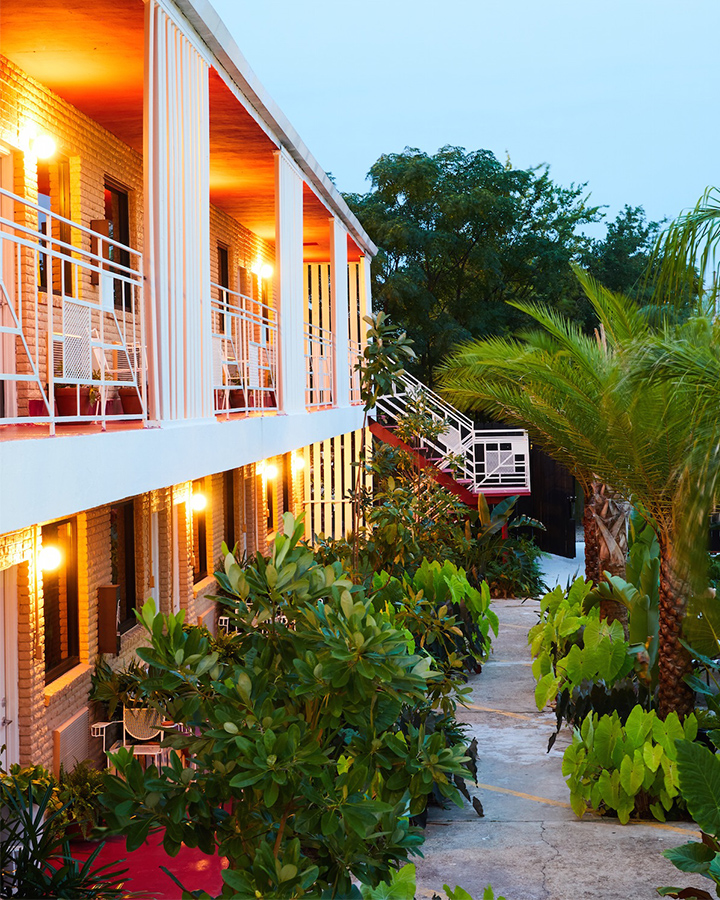 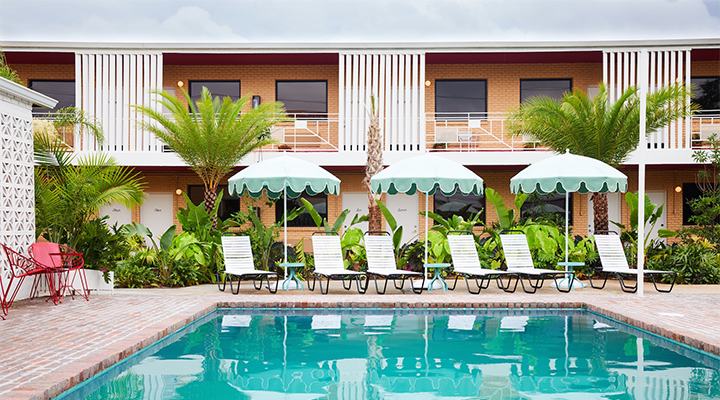 As the name of this restaurant and cocktail bar in Barcelona suggests, El Mama & La Papa, designed by El Equipo Creativo, is a space that plays upon duality and the mixture of opposites, man/woman, black/white, day/night. Located in an old canning warehouse, the designers celebrate the existing structure by painting it a bright red, unifying the different areas. Large neon signs display clear messages in the form of oxymorons: never/again; peace/force; holy/hell; public/secret. Two arcades frame the central space with double height and serve as background for the two bars facing each other. Regarding the material nature of the project, once again the architects dealt with opposites: polished woods over the original worn paint of the walls, pavements of Mediterranean-style mosaic ceramics next to dark woods or industrial metal slabs. 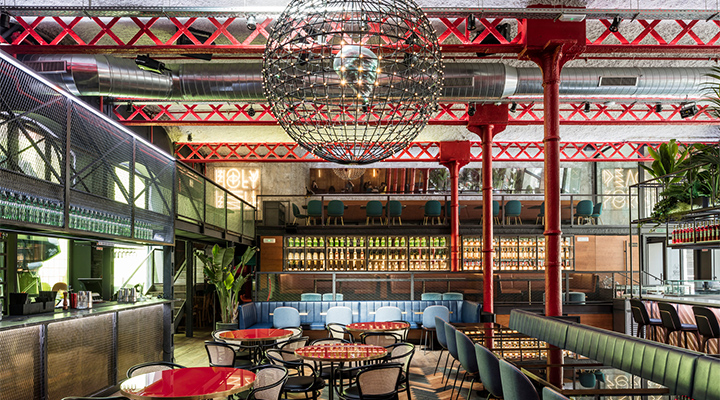 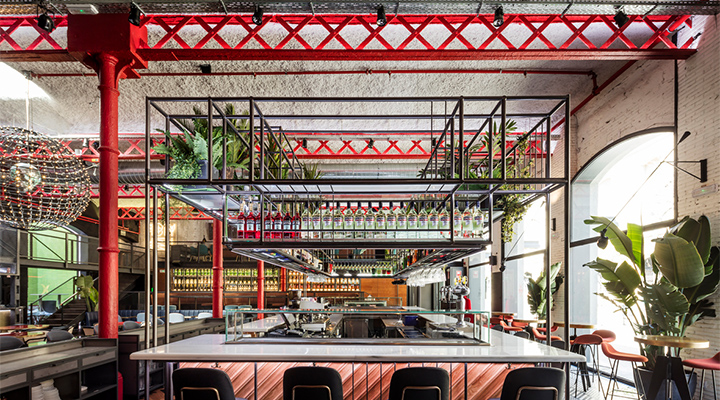 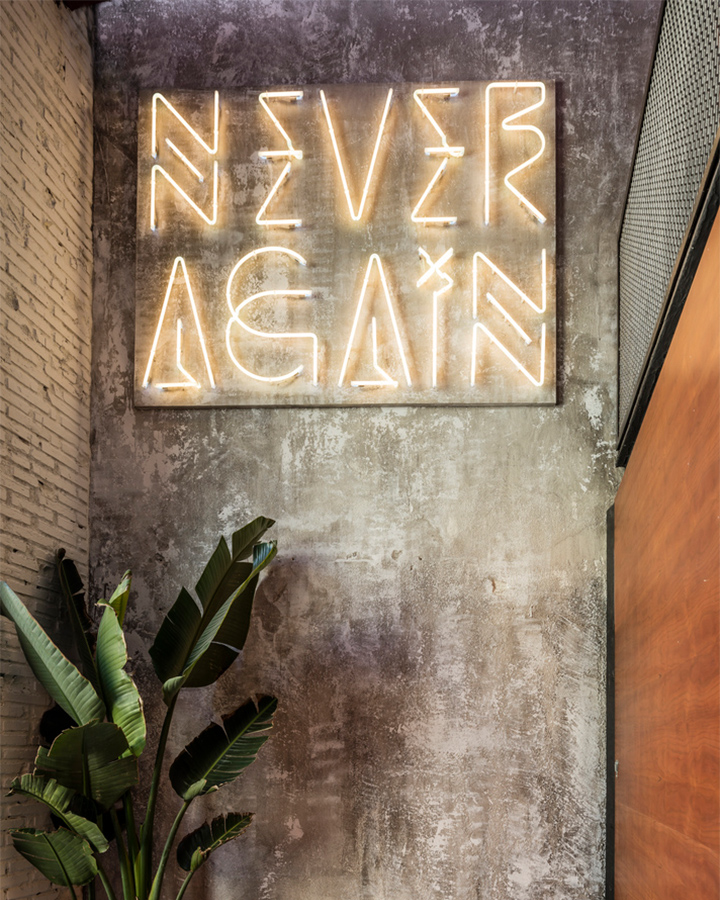 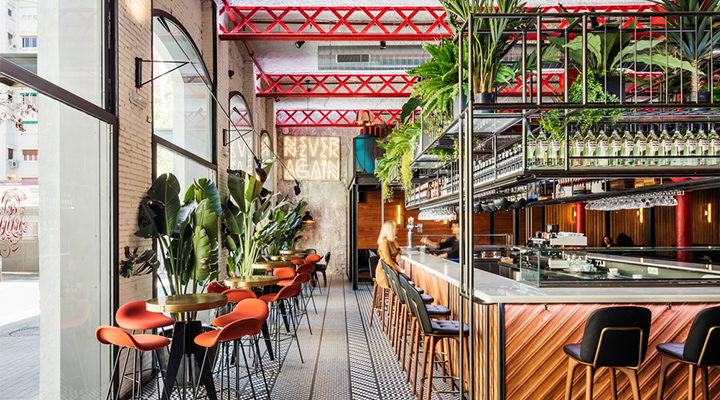 Hiroshi Nakamura & NAP have constructed a pub and micro-brewery using recycled materials, Kamikatz Public House. Kamikatsu, Japan is a "zero-waste" town; therefore, inspired by these principles, the designers focused on reusing, reducing and recycling, as well as embodying the town’s zero-waste vision. Soaring 8 meters into the air, the building’s most eye-catching façade is made from windows sourced from abandoned houses. Oriented to face the town, this elevation stands as a local landmark and as a symbol of pride for the community. Internally, the spaces are laid out in chronological order — from the storage warehouse to the brewery, and then to the pub where the beer is served. Restored and converted furniture has been acquired from domestic and industrial sources, while a ceiling fan circulates warmth from the carbon-neutral radiation heater. Abandoned items from a tile factory were used for flooring, empty bottles have been re-purposed as a chandelier, and newspaper has a second life as wallpaper. Colored with naturally produced tannin paint, cedar board wood waste was used to clad the building. 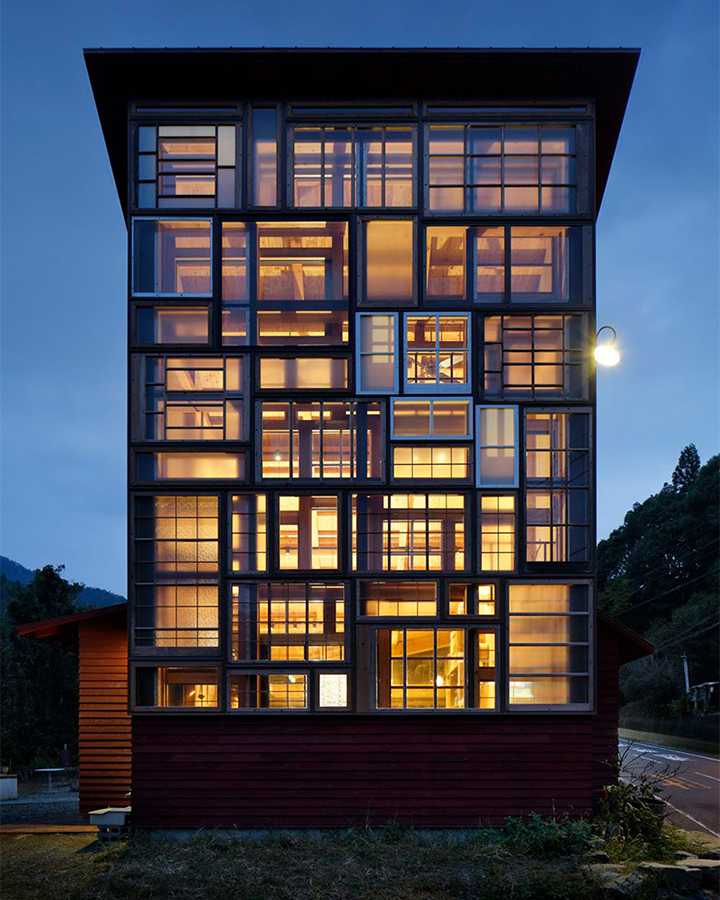 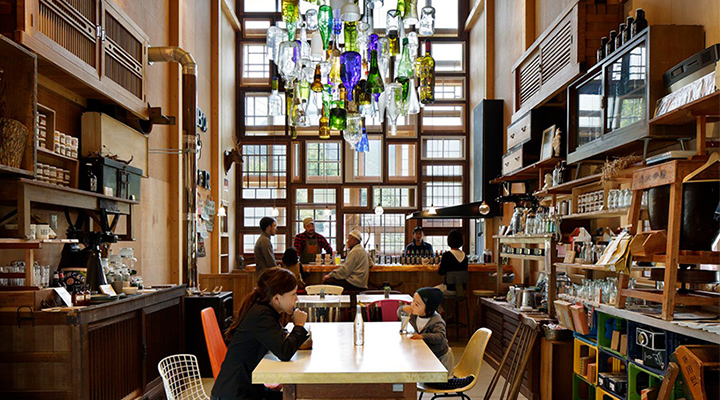 The firm MP Shift took references from the 1970s Soho and the Bauhaus movement for the interior of De Maria, a New York City restaurant. Pale pink plaster work, timber panels and simple wooden furniture allow this eatery to replicate an art studio. The thin wooden strips arranged vertically provide accent panels in a raised dining niche and across the front of the bar counter. The light walls are complemented by warm caramel leathers and a mix of light and dark woods, creating a contemporary and clean canvas for the vibrant dishes. An archway in the center of the space divides the main dining area and the bar, along with built-in seating upholstered with tan-colored leather. Long benches serve as the seating for multiple tables, maintaining the community-focused vibe of the restaurant. 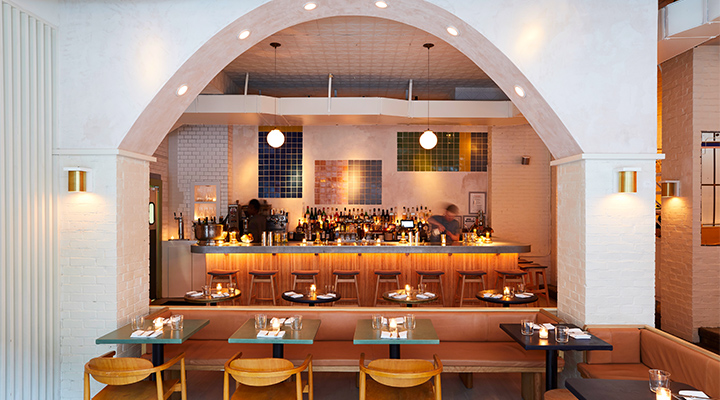 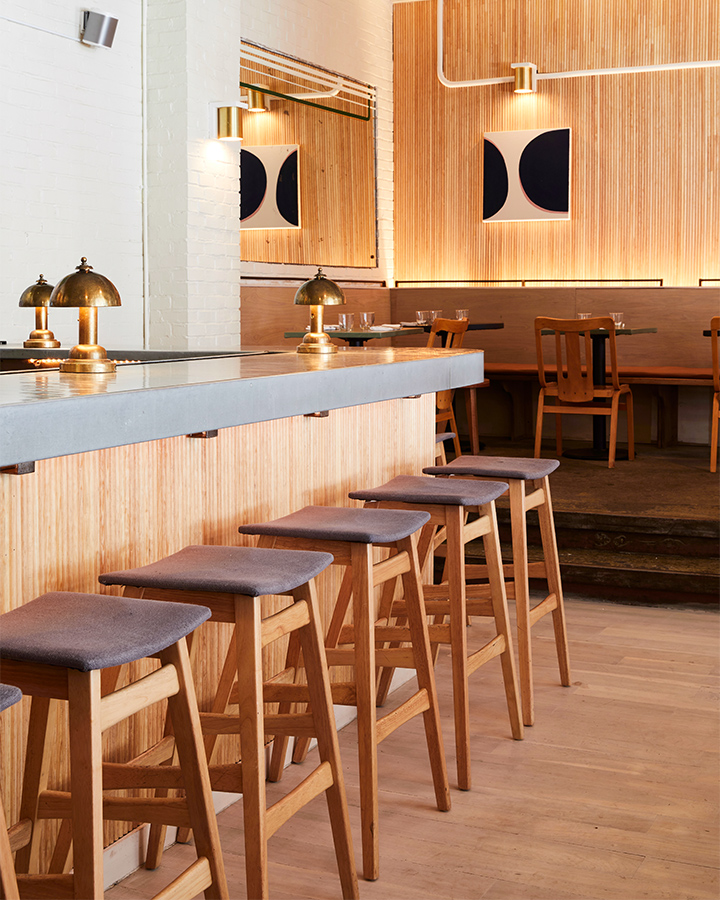 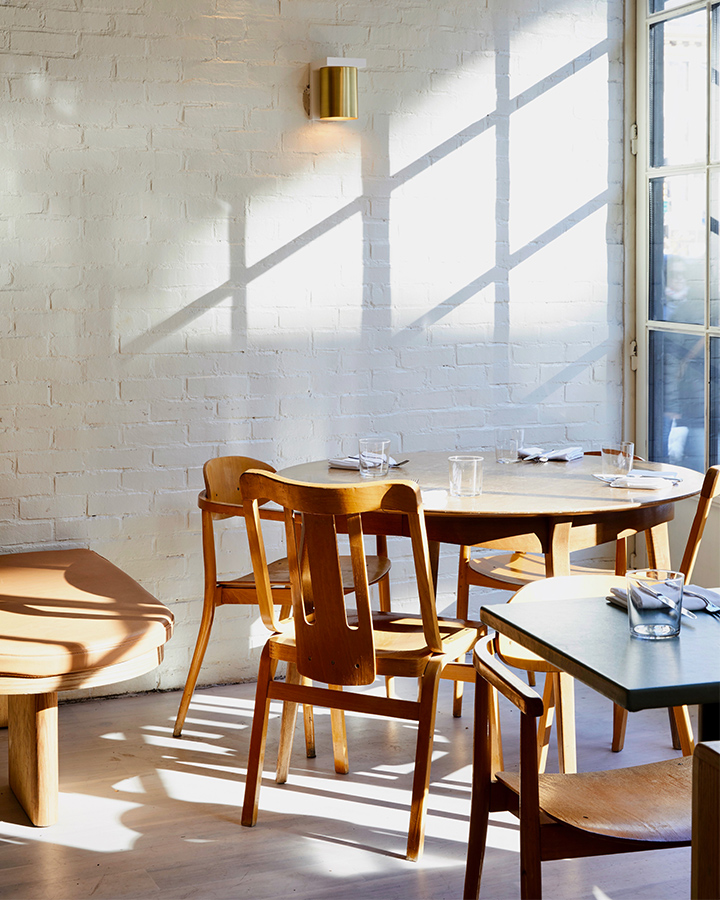 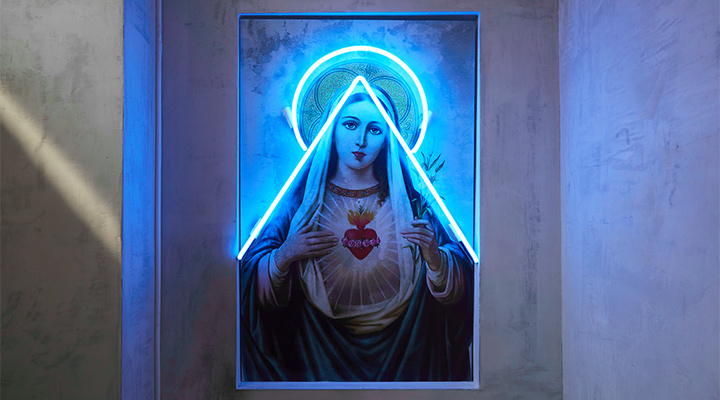 Construction of the five-star Zuri Zanzibar hotel and resort is nearing completion in Zanzibar, 50 km east of the Tanzanian coast. The Czech office of the Jestico + Whiles studio designed the resort as a light structure floating above the terrain and surrounded by greenery. The “African Chic”-style bungalows feature materials and designs from the local culture and traditions. The sustainable complex will offer a total of 46 bungalows, six apartments and three villas. The bungalows are being built from unburnt bricks local residents made from a mix of cement and sand. The roofs are covered by a traditional Tanzanian material produced from grass. With respect to the local custom, the bungalows are equipped with outside showers. 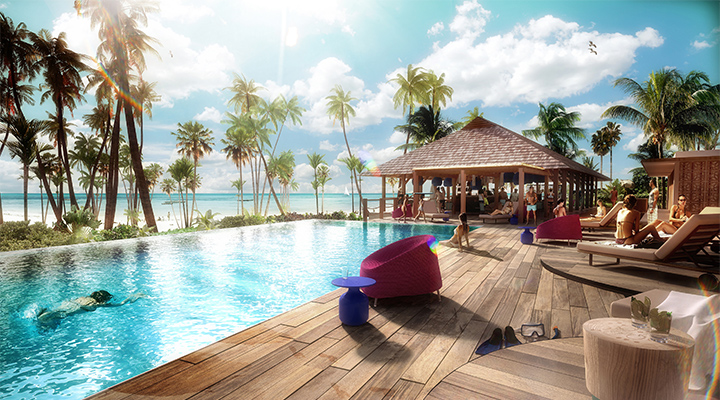 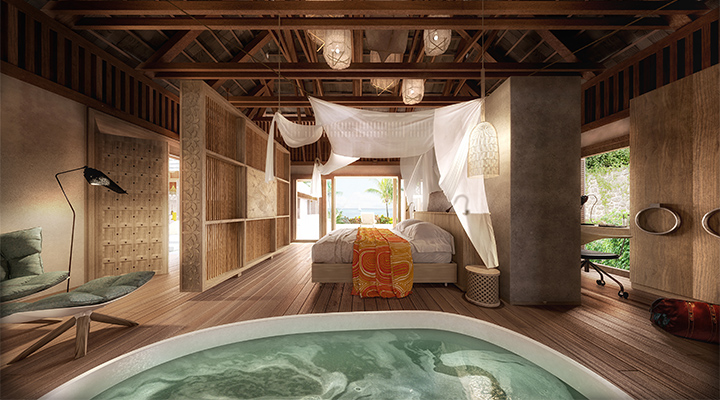 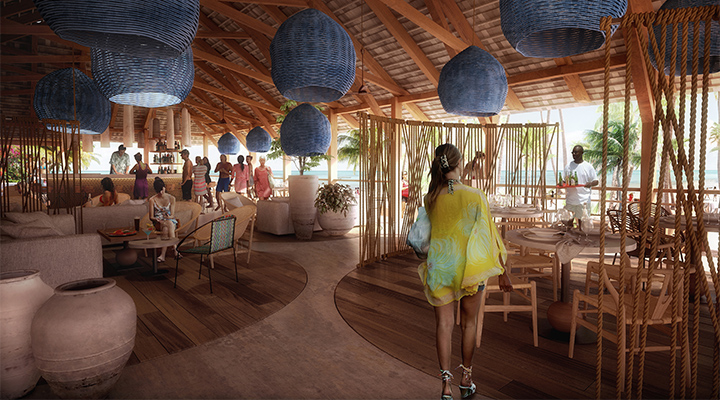 All Photography Used with Permission