While Hollywood may get all the film industry glory, Downtown is where you'll find the city's most historic movie houses. The Broadway Theater District (Broadway between Third and Ninth Street) was once the spot for Angelenos catch a flick. For decades though, many of the twelve theaters dotting the six-block stretch went unused or were converted into variety stores, churches or opened only for filming purposes. But recent revitalization efforts in the area have garnered renewed interest in these architectural gems.

Downtown's strip of twelve theaters was built up over the course of two decades (1910-1930). Not all of the theaters were designed as movie palaces. Many, like The Cameo and The Rialto, were initially constructed as nickelodeons (a place to see silent shorts for a nickel), while both The Palace and The Orpheum started out as vaudeville houses, and The Globe began as a legit theater dedicated to showing plays before transforming into the go-to spot for newsreels. 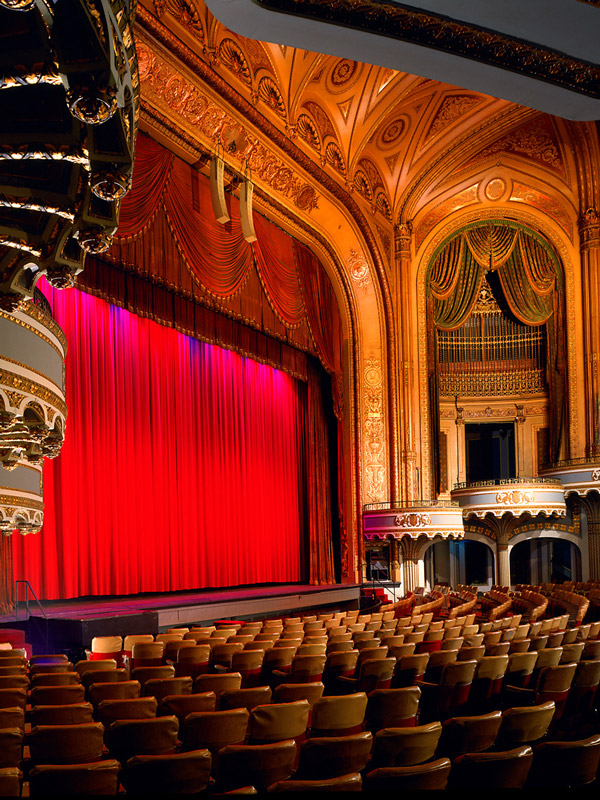 Tell-tale signs of these earlier incarnations include additions like orchestra pits and full sized proscenium stages. However, with the advent of cinema, newer spaces were built solely for the purpose of showing movies, while the first palaces on the block were transformed into dual spaces where both flicks and live performances could be programmed. 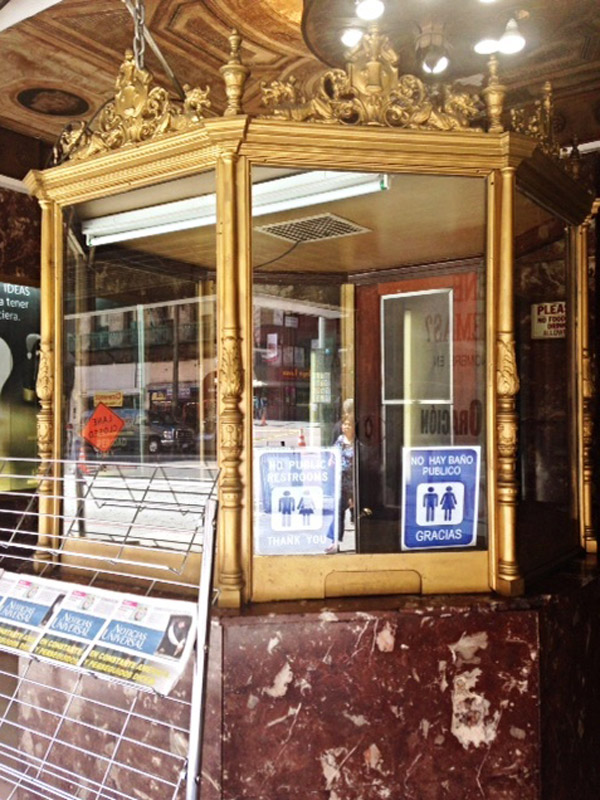 Despite the Depression, the 1920s and 1930s were an era of over-the-top design – and each palace along the strip is more opulent than the next. The theater's various architects (including William Lee Woollett, G. Albert Landsberg, S. Charles Lee) favored the drama of European opera houses and styles like Spanish Renaissance. The end result is a series of exteriors marked by intricate stonework, gothic arches and grand marquees. While inside you'll find jaw-dropping lobby areas with church-like vaulted ceilings, wall murals and decorative crystal chandeliers, tiered balcony seating for anywhere for up to 3,000 patrons, and auditoriums tricked out with ornate prosceniums and decorative plaster ornamentation. The exceptions to this are The Cameo and The Roxie. The Cameo, which is the oldest theater on the block, was built in 1910, prior to epic interiors being in vogue. The Roxie is an art deco masterpiece – favoring sleek, structural ornamentation over decadent touches. 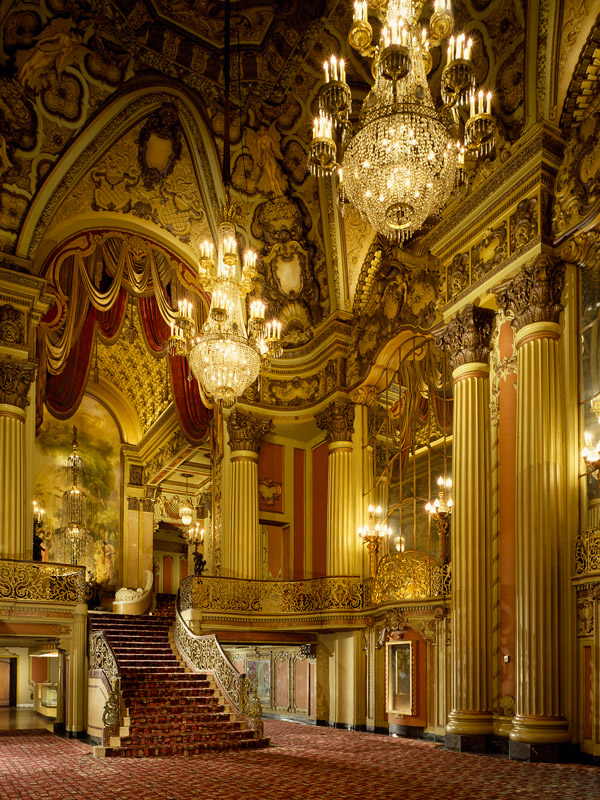 The buildings also boast structural additions that were considered innovative at the time, but are now either completely commonplace or completely absent from modern day movie houses. The Los Angeles Theater was specifically touted for having neon aisle lighting and shallower balconies that provided better viewing. While both of these features are still used today, other extras like a crying room, playroom, smoker's lounge and marble powder rooms are unfortunately obsolete. 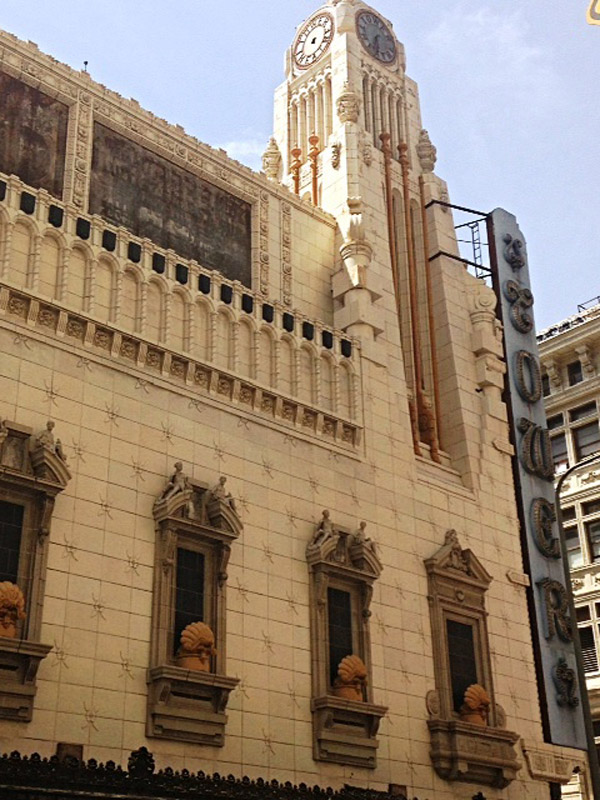 While the theaters flourished for decades, Downtown's eventual decline saw a drop in attendance. For a brief period several of the palaces stopped showing first-run Hollywood movies and instead, catered to the new dynamic of the neighborhood by filling their slate with Spanish language films.

Eventually though, even palaces once owned or utilized by major movie studios (like the studio-built United Artists Theater which was financed in part by Mary Pickford, Charlie Chaplin and Douglas Fairbanks) were either shuttered completely, made available only for filming and special events only, or utilized in other fashions. The State Theater became a church. The Olympic, The Arcade and The Warner Brothers Theater have all been used as retail spaces. The Mayan was eventually transformed into a nightclub. While the Orpheum became a concert venue that occasionally hosts film screenings. 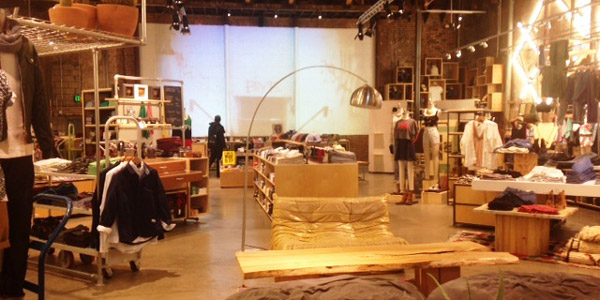 However, the strip has never managed to thrive in the same way it once did. That's all about to change. Renewed interest in Downtown's Historic Core has seen a major uptick in revitalization, specifically along the stretch of Broadway where most of the theaters are located. Urban Outfitters moved into The Roxie. Ace Hotel took over the former United Artists Theater and impeccably restored the interior to use for live performances, movies and more. Upcoming events include a staged reading of a Quentin Tarantino film, plus a June screening of “Back to the Future". And The Globe is set to reopen as a “higher end" music venue and nightclub space some time in 2014. If this revitalization continues, the area could see yet another heyday in the not-too-distant future.

For more information on events at Theater at Ace Hotel:http://www.acehotel.com/calendar