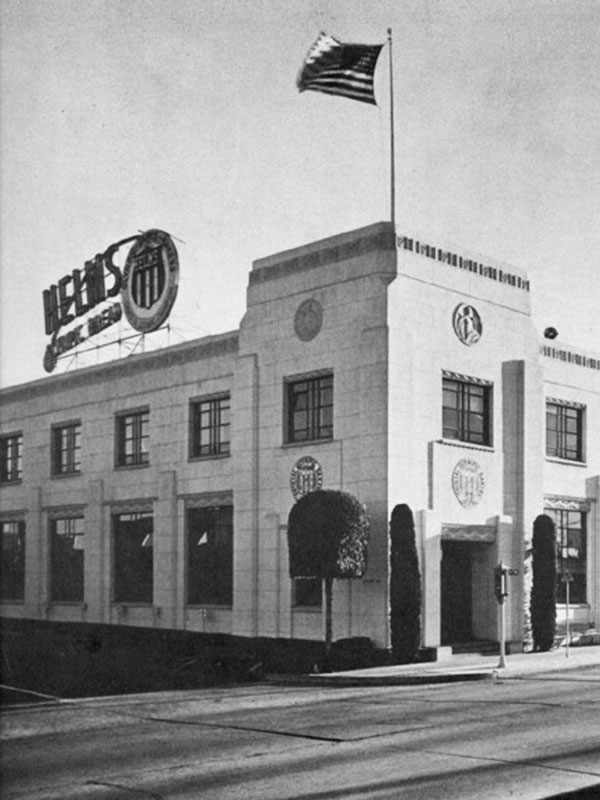 In the heart of Culver City, Calif., the Helms Bakery District -- a series of art deco buildings along Venice Boulevard -- is known for its top-notch design retailers and cutting-edge restaurants (hello, Bucato). But, before it became a destination for interior design junkies and local foodies, it was ground zero for delicious baked goods.

The bakery – first opened by Peter Helms in 1931 -- was known for producing large-scale quantities of more than 150 items, including bread, cakes, cookies, doughnuts and cream puffs. Stock was baked daily and delivered around Los Angeles by 500 “Helmsmen," Good Humor-style men who came by in a bright yellow trucks selling individual items to eager locals.

But the bakery was much more than just a local treasure. Though its products were never sold in stores, Helms garnered national attention in 1932 when its bread became the official bread of the Olympics in Los Angeles. Helms then took center stage again in 1969 (just a few months before its closing) when it supplied the Apollo 11 mission with bread, thus becoming “the first bread on the moon." 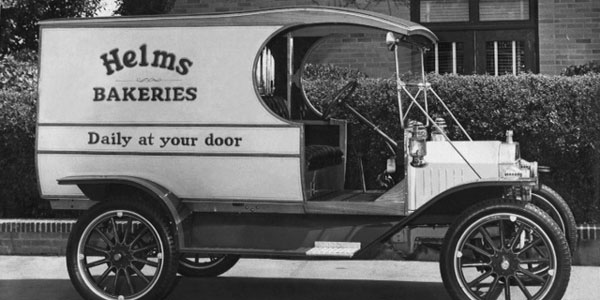 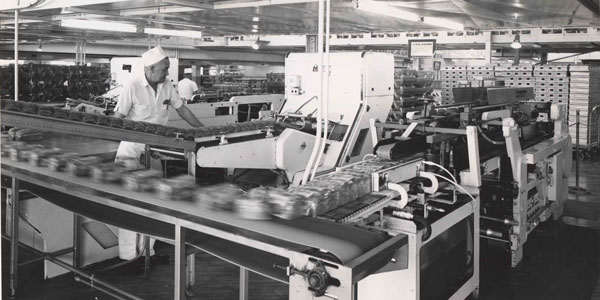 In 1974, Walter N. Marks, Inc., purchased the defunct bakery and restored both the building and its famous sign (which is now solar-powered). But unlike many of the art deco structures found throughout the rest of the Los Angeles area, the Helms building is a quiet, less ornate nod to this style of architecture, thanks to subtle detailing along its exterior. This allows the buildings to blend seamlessly with more modern touches, like the industrial-style fountain situated across from Father's Office and the sleek wooden benches peppered throughout the center.

While the exterior is a nod to the past, the district's interior is now home to purveyors of cutting- edge home furnishings. With retailers like Room & Board, H.D. Buttercup and Rejuvenation, it's easy to see why the Helm's Bakery District has become a favorite of interior designers.

Visitors looking to catch a glimpse of the district's history should take note of the mural found in the parking lot on Venice Boulevard and the small exhibit tucked inside H.D. Buttercup's main room. There you'll find photos and more detailing the bakery's rich past.

As for the building's future? Rumor has it, that at least one section of the Helm's Bakery will be returning to its roots. According to the foodie blog, EaterLA, Sherry Yard and Sang Yoon plan on opening a Helm's Bakery in the H.D. Buttercup's former sale warehouse come spring 2014. 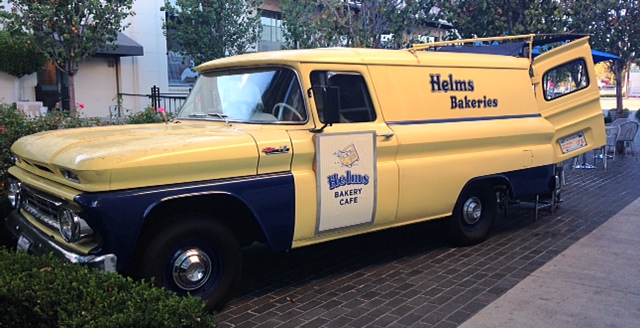 All images by Megan Mostyn-Brown