Continuing with our Color Trends 2019, we are focusing on designs that explore the color and design of the "Extreme Odyssey" Trend. Designs within realm attempt to address the influences of technology, context and vernaculars on architecture, and challenge conventional architectural practice and explore original paths of thought and develop innovative design tools and methodologies. 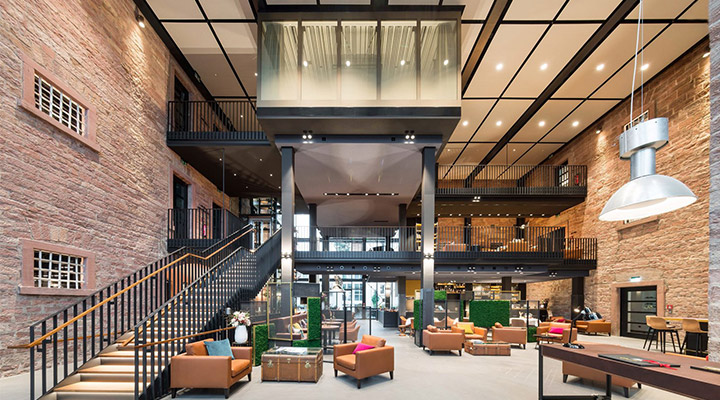 After an extensive three-year renovation project a 19th-century former prison has been turned into Hotel Liberty – a contemporary retreat in the German city of Offenburg. Originally conceived by the German architect Heinrich Hübsch in 1840 and completed in 1845, the structure served as a jail for the city until 2009. 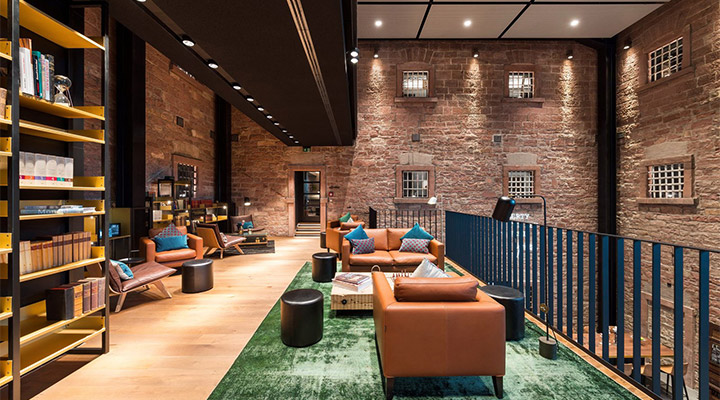 A comprehensive renovation program between 2014 and 2017 has resulted in a hotel design defined by wide corridors, natural materials, and a 10-meter-high glass wall which provides a striking juxtaposition to the severe red sandstone façade. The original stonework plays an integral part in the aesthetics of the 38 rooms and suites, which have been created by connecting several former cells. Further referencing the building’s past, the 1.2 meter-thick walls have been left intact, and the old cell doors have been cleverly integrated into the contemporary layout. 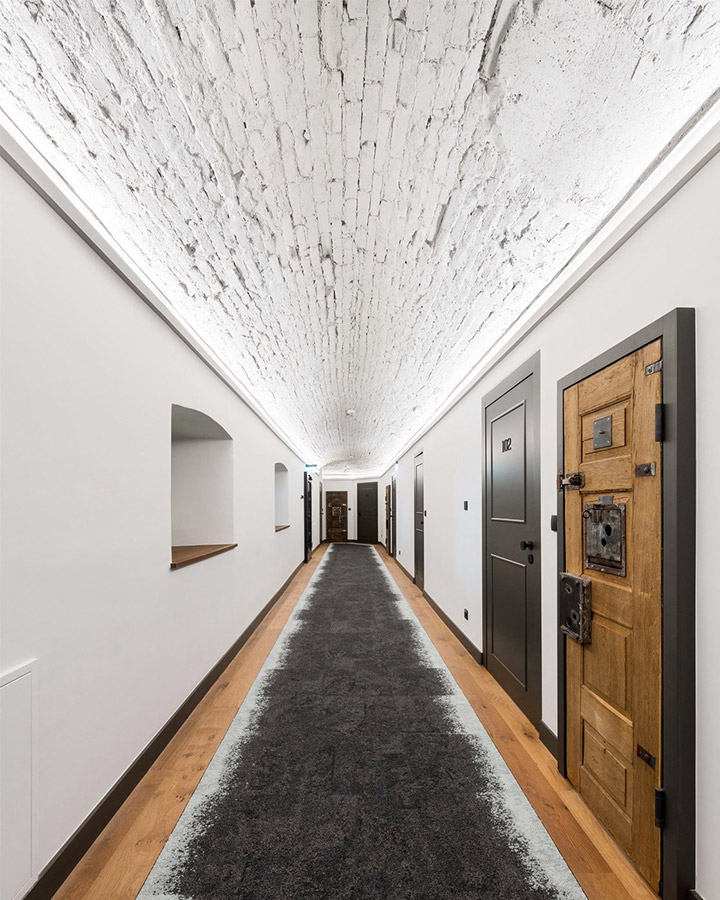 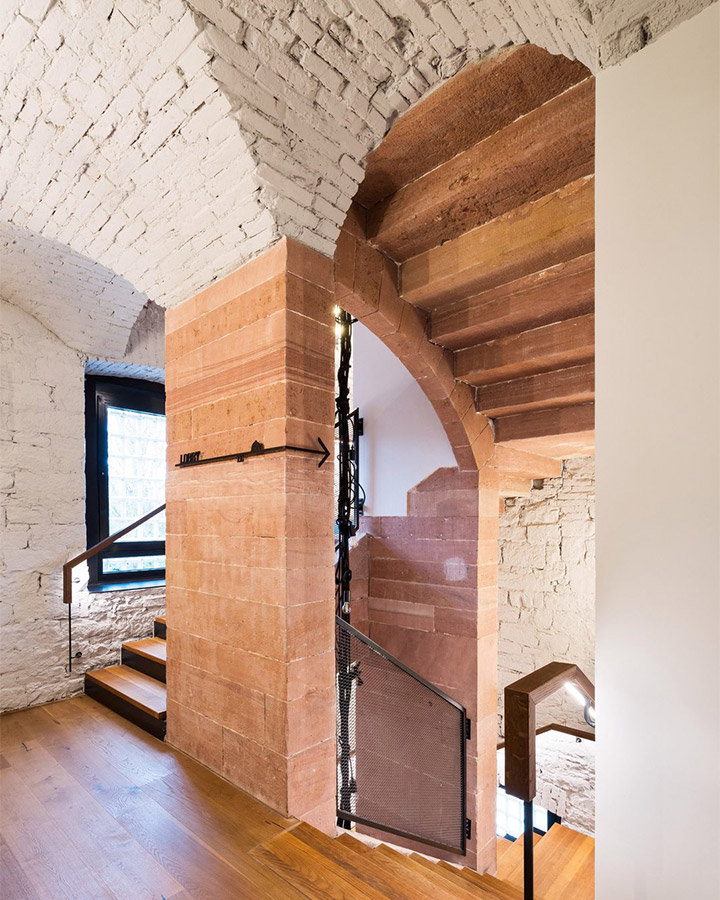 The new glass box extension acts as a gateway to the two components of the original structure, and houses the restaurant, lounge, gallery, and a library that boasts over 3000 tomes. The second-floor conference and meeting room appears to float in mid-air and adds a whole new meaning to “blue sky thinking." 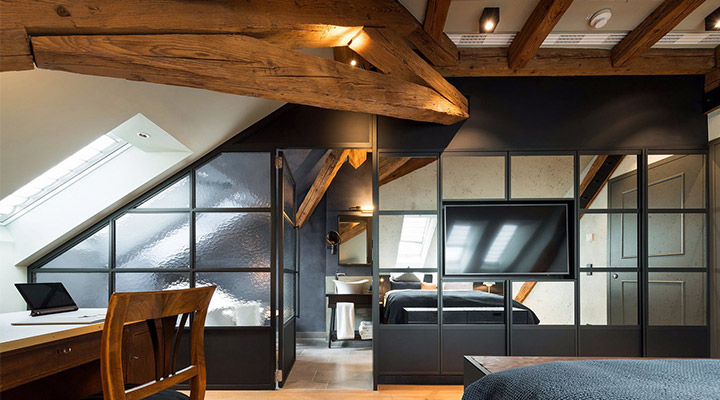 In the guestrooms, sideboards by Dutchbone and pieces by Fritz Hansen, HAY, and Arflex rub shoulders with handmade furniture and accessories by local artisans. The tonal green color palette complements the dark oak parquet flooring and red brick vaulted ceilings. 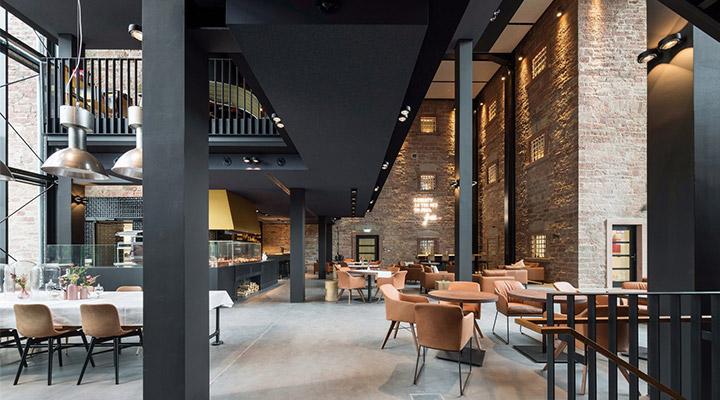 Wasser&Brot is named for the inmates’ staple diet of bread and water, and sits within the light-filled atrium with soaring glass ceilings and walls, and polished concrete floors. A mezzanine-level lounge overlooks the dining room, riffing on the idea of the prisoners’ communal space. It features a floor-to-ceiling bookcase which crosses several floors, nodding to the theme of time, and improving the acoustic performance of the space.

All Photographs Used with Permission