Tom Windeknecht is a man who uses color — and lots of it — in his work. As an animator, photographer and content creator, his Instagram showcases a penchant for taking shots of well known places and products — reimagining them in unexpectedly fun shades of neon blue, pink and yellow. For example, in Windeknecht’s artwork featuring desert yucca plants, he took the traditional dusty green narrow leaves of the succulent with its tufty white flower growth and colorized them bubblegum pink. This approach gives the appearance that the plant is growing in a candy forest rather than a desertscape. 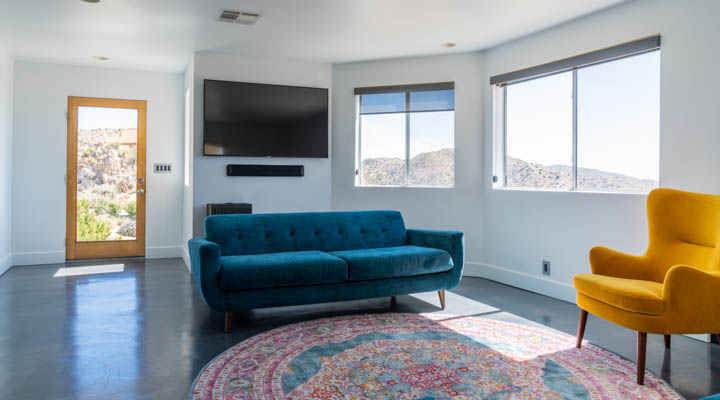 It might come as a surprise then that a man whose work is so colorful chose to repaint his Yucca Valley abode in a neutral tone, using Dunn-Edwards Sugar Swizzle (DEHW07). The three-bedroom, two-bath house is situated on top of a hill in the Mojave Desert, just a few short miles from Joshua Tree National Park, and complements the sparse desert environs with its modern and minimalist aesthetic. 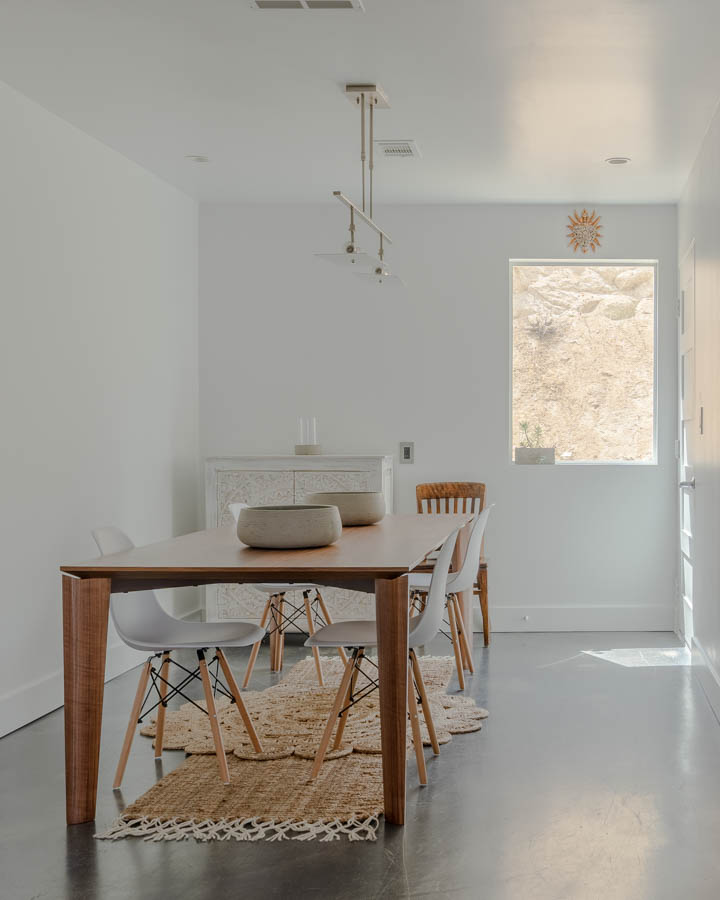 Windeknecht liked that Sugar Swizzle was close to the original cool gray-white the previous owner had used in the home, and chose to stick with a similar color because it would allow his family’s art collection and colorful furniture to shine. Indeed, his teal couches and mustard-colored armchair are focal points in the living room. The light color provides a blank palette for the beauty of the desert surroundings to shine as well. “The gorgeous desert sunrise in the morning and the golden sunset at night reflecting on the white walls was a definite reason also for our color choice,” stated Windeknecht. 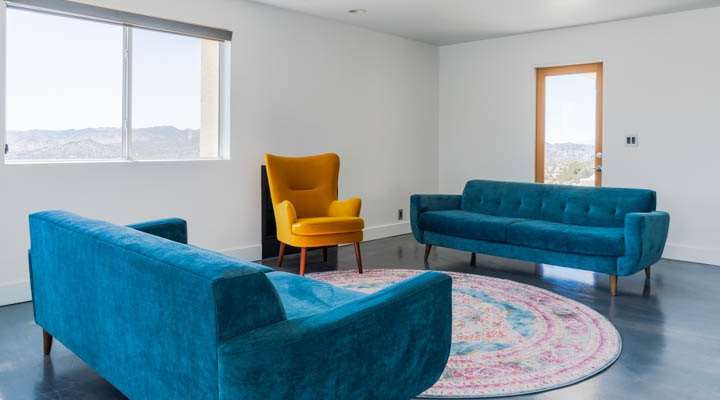 Windeknecht's previous experience using Dunn-Edwards paint was a key factor in his decision to work with the product in his new desert digs. In fact, in their previous home Windeknecht and his wife painted with a Dunn-Edwards tone, and six years later, the paint still looks as good as the day they painted. “We knew how well it went on, the coverage it provided, and the durability of the paint.” For that reason, the choice for him was clear when it came to a paint product that could stand up to the desert’s dust and wear and tear. 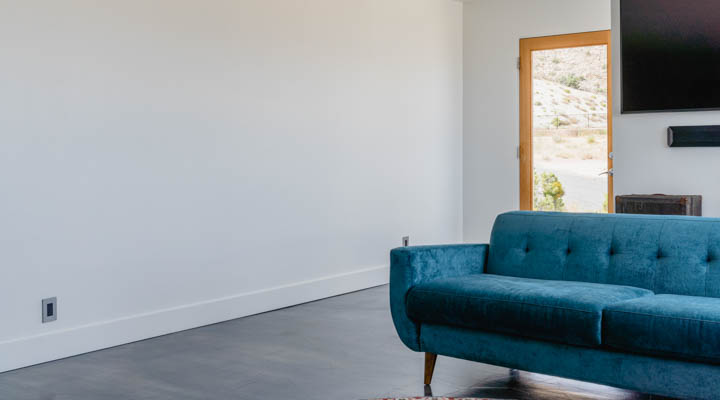 Are you loving the idea of painting with white, but not sure which shade to go with? We’ve pulled together five white shades we’re loving right now. Or maybe you’d like to choose a light color, but not feeling the white. No problem, we think our 2020 Color the Year, Minty Fresh (DE5687), is a refreshing (pun intended) twist on neutral.