Chinese New Year is not only a time to celebrate fresh starts and new beginnings, but a chance to explore the architecture and history of Los Angeles's own Chinatown. Located just north of downtown, this neighborhood has weathered a rich but rocky history to become a destination that attracts both locals and tourists.

From Old to New

According to ChinatownLA.com, the first seeds of the neighborhood (which is the oldest Chinatown in the country) were established in 1870 on a short alleyway street known Calle de Los Negros. The population was predominately males who worked in the laundry, agricultural and ranch industries. By 1890, the area had grown into what is now known as Old Chinatown – 15 streets that included residential, as well as commercial buildings. 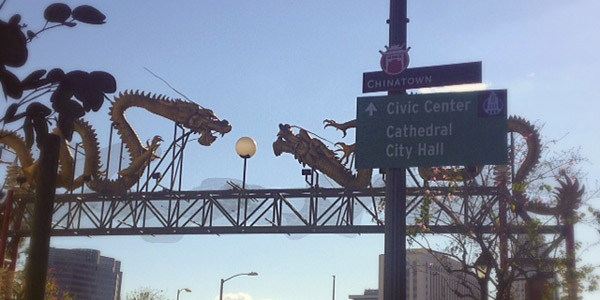 This old Chinatown thrived until around 1910, when bad landlords, expired leases and litigation caused strife. Eventually, it was demolished in 1933 to make way for Union Station. And after fits and starts at rehabilitation, in 1937, money was raised to relocate and build a New Chinatown not far from its first incarnation.

The buildings erected in New Chinatown were meant to be a blend of traditional Chinese architecture and modern design, a synthesis of East-meets-West that's welcoming to both residents and tourists alike.

The Central Plaza (est. 1937), which is home to the Golden Pagoda, the Seven Star Cavern Wishing Well and the East Gate was crafted with many ancient Chinese architectural touches – elegant ornamentation, brightly colored walls, overhanging eaves, decorative arches and rooftops with eaves that point upwards. (Fun fact: The Seven Star Caverns are artist, Professor Liu Hong Kay's rendering of a scenic spot in Guandong province in China.) While modern elements incorporated into this area of buildings include infrastructures erected to withstand earthquakes and streets wide enough to feel open, safe and accommodate sanitation. 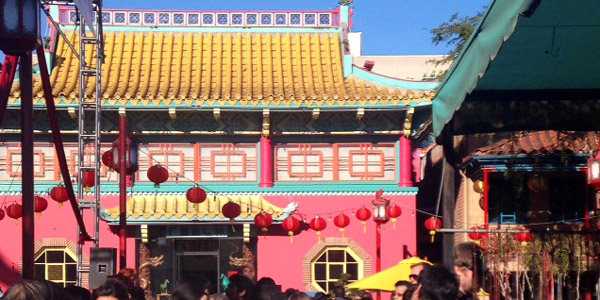 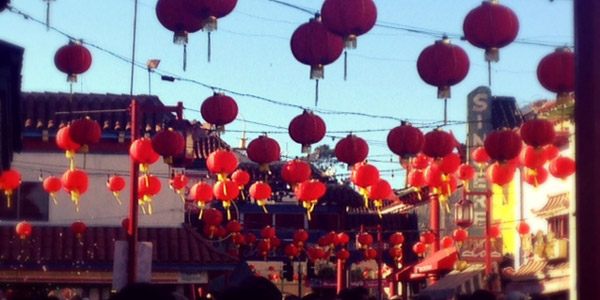 Further down Broadway, structures like the Cathay Bank, Superior Poultry Chicken and the East-West Building, which were constructed later in the 20th-century, retain some of the same traditional Chinese architectural touches, while also incorporating modern design waves like New Formalism. The end result is a neighborhood that celebrates not only the architectural trends of its native land, but those of 20th-century America. 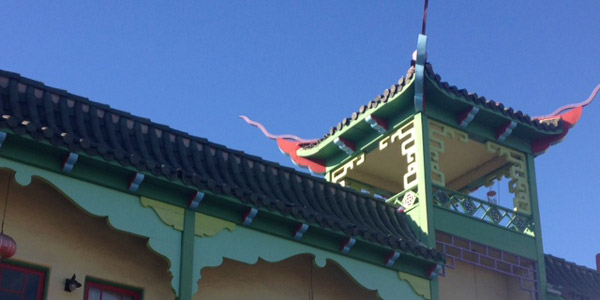 Walk the streets of Chinatown and it's hard not to notice the popularity of the color red -- from awnings, to business signs to the lanterns that hang across the Central Plaza, it's everywhere. It's popularity makes sense when you consider that in Chinese culture, red symbolizes enthusiasm, fervor and luck. 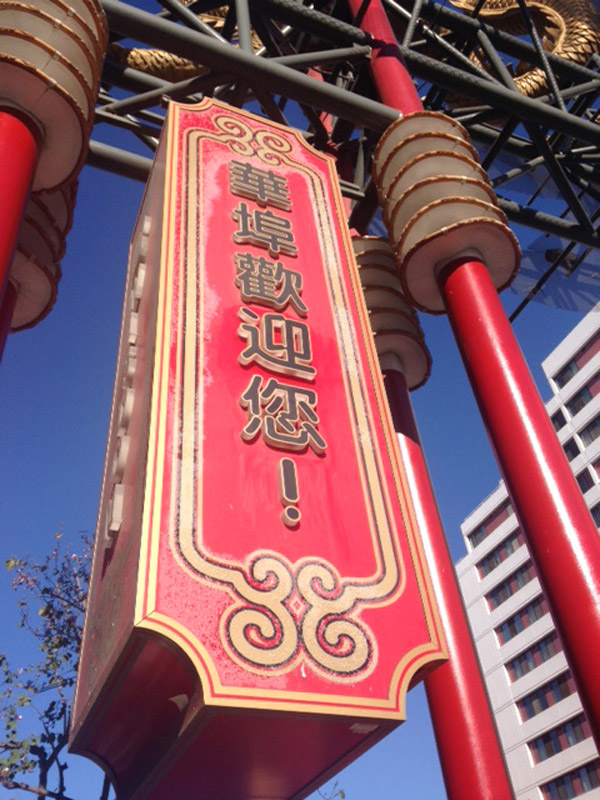 Other prominent shades in the neighborhood include green and yellow (or gold). The former symbolizes life, peace, vitality and youth, while the latter was the favored hue of Imperial China and symbolizes neutrality and good luck. Basing the color palette in these shades gives the neighborhood an air of hope of prosperity. 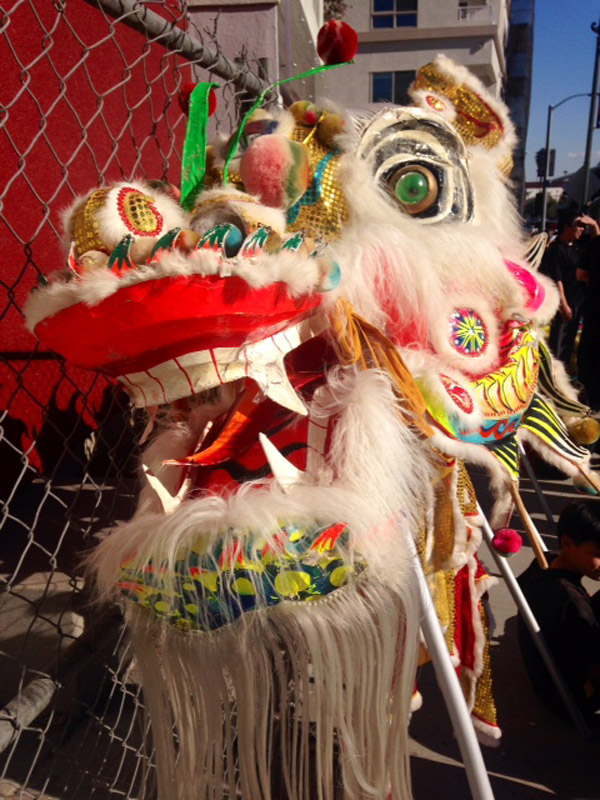 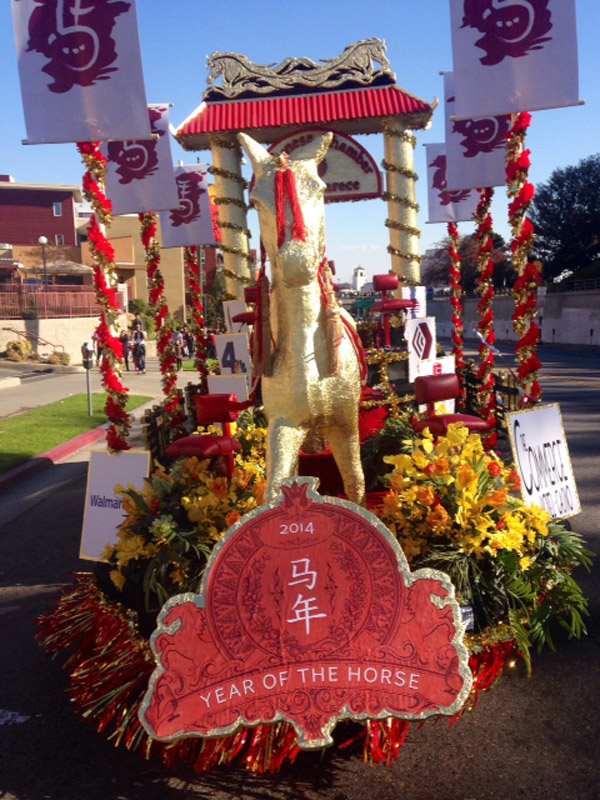 It's not surprising then, that it was also the favored color combination in the New Year's parade -- featured in costumes, dragon puppets and the banners of local community groups. With hope, luck and prosperity on your side, the Year of the Horse can only bring good things.


All images by Megan Mostyn-Brown