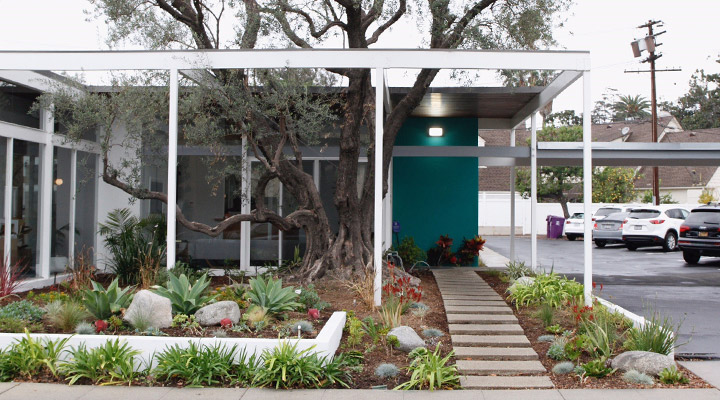 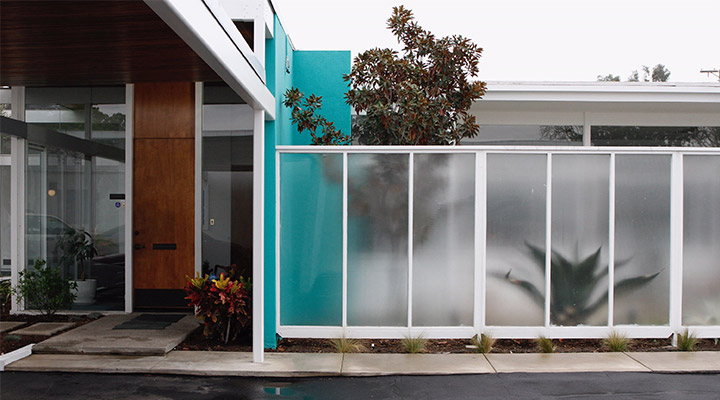 Edward Killingsworth
Killingsworth was an American architect (1917-2004), best known for his participation in the Arts & Architecture Case Study Program in the mid-1950s, who designed and built Case Study House #25, the “Frank House,” in Naples, Calif. Other signature projects include the Richard Opdahl House on Naples Island, Calif., as well as the Cambridge Office Building in Long Beach, Calif. Heading up the architecture firm of Killingsworth, Brady and Smith, they designed numerous commercial and civic buildings, as well as luxury hotels. The firm was also integral to the design of California State University, Long Beach. 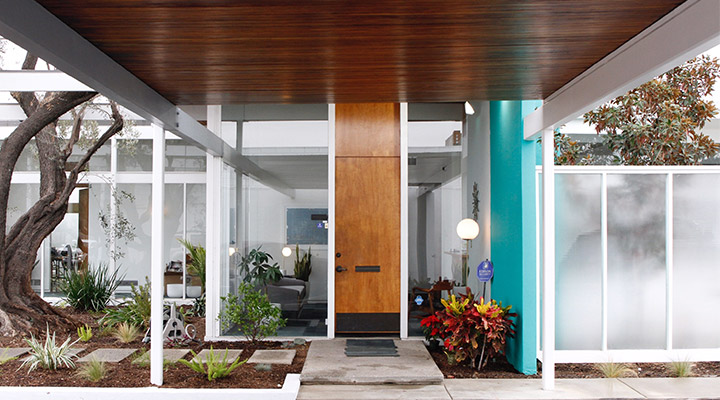 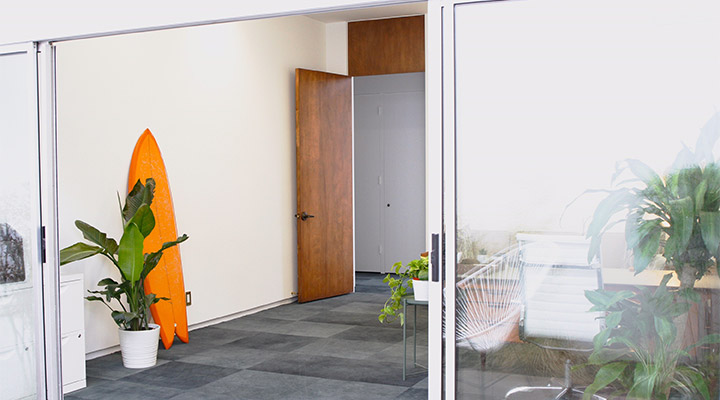 Born in Taft, Calif., Killingsworth aspired to become an artist yet, ultimately, earned a degree in architecture from USC in 1940. Jules Brady (1908-1996), one of his firm’s partners, was born in Long Beach and also graduated from USC in 1940 with a degree in architecture. Waugh Smith (1917-2010), the other partner, was
also a native Californian who received his architecture degree from U.C. Berkeley in 1940. Initially, all three
partners worked for the Long Beach architecture firm Kenneth S. Wing. In 1953, they started their own firm Killingsworth, Brady & Smith. 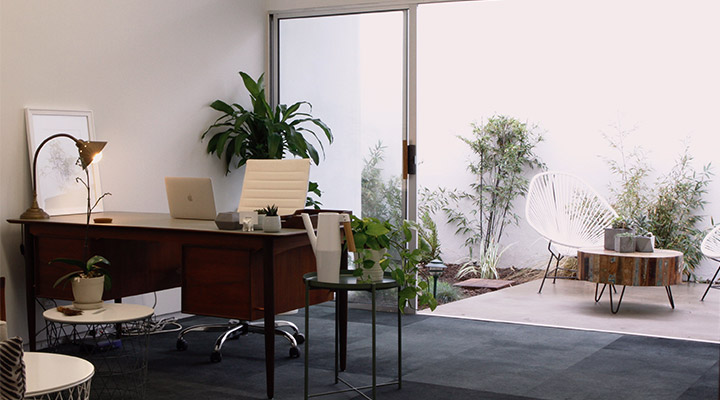 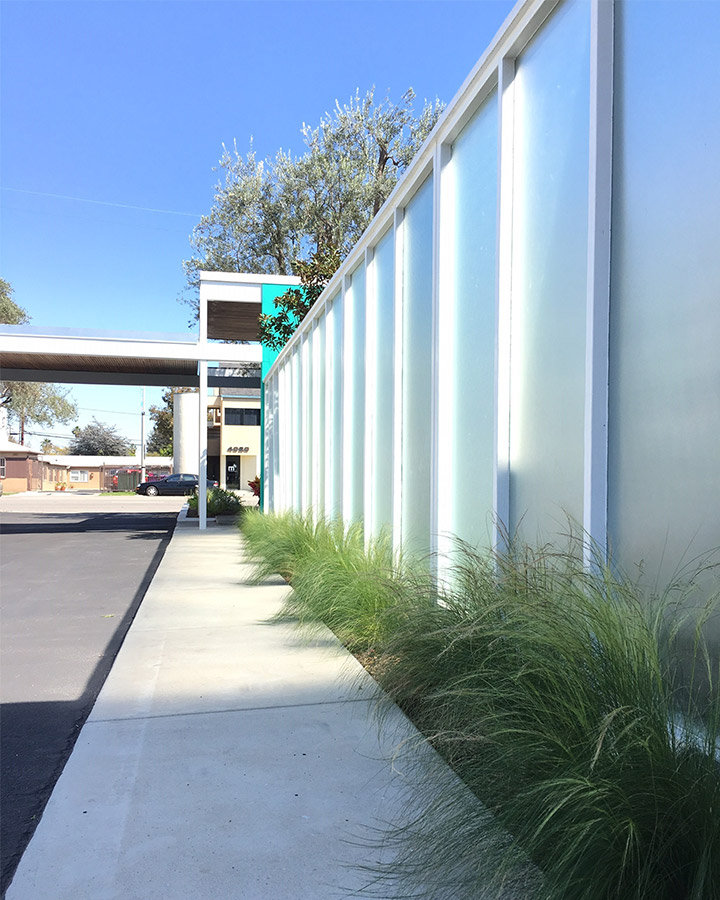 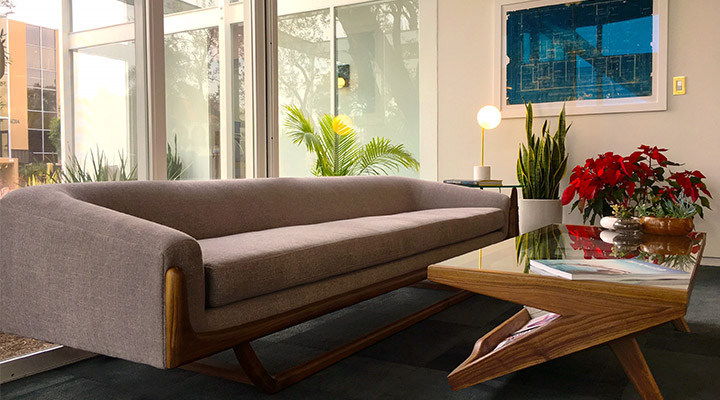 The functionality of the building appears to be engineered for today's mobile professionals, with flexible workspaces, meeting rooms and patios that make coming to work a truly enjoyable experience. Oren Tanzer did a remarkable job refurbishing the building and honoring the architectural integrity of Killingsworth's design.

The firm of Killingsworth, Brady & Smith was known for using Dunn-Edwards paint. The Clock Waestman Office, originally the home of a law firm and now the home of Summerjax, is painted with Whisper (DEW340) and a custom teal green to match its logo. 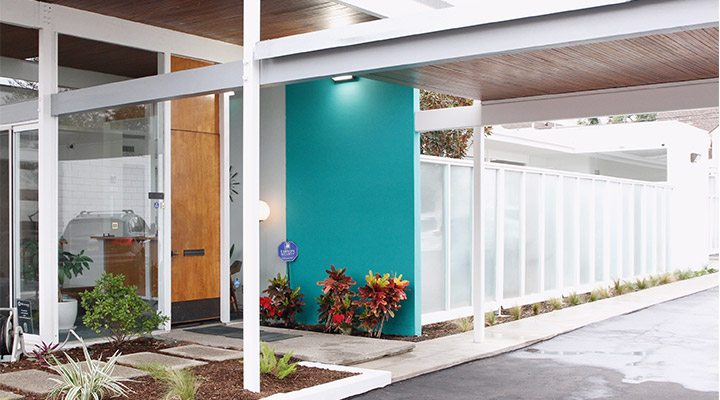 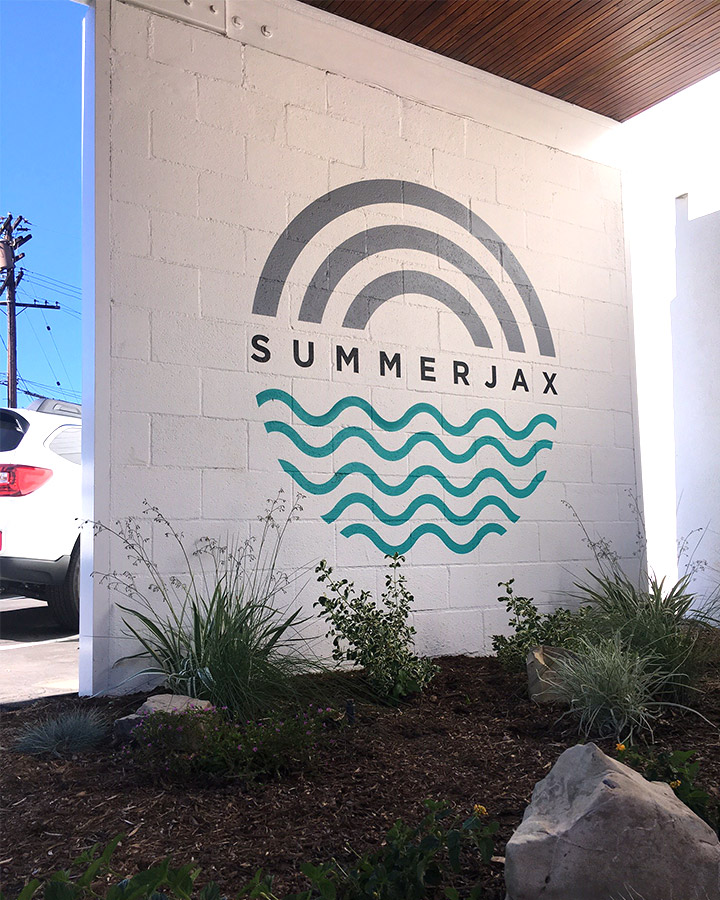 With graceful lines and attention to detail, this is, perhaps, one of the finest examples of Mid-century Modern structures in Southern California.

To learn more and get your tickets for the upcoming tour, visit UAM Modern Architecture Tour.